It looks like the Apple Watch and it runs Wear OS. I just spent a month testing it out. So is the OPPO Watch worth a buy in 2021? Let’s investigate…

TL;DR – For a first attempt at a wearable, the OPPO Watch is damn impressive. It looks great, although very similar to the Apple Watch, it performs amazingly well, and the UX is one of the best we’ve seen to date from a Wear OS smartwatch even though you can now pick up similar watches – like the Misfit Vapor X – for less.

With LTE, you’re covered for round-the-clock connectivity, although this does come at a cost – specifically, battery life. Powered by Qualcomm’s Snapdragon Wear 3100, the OPPO Watch is plenty powerful and is one of the smoothest Wear OS devices we’ve tested to date. OPPO makes Wear OS work brilliantly. 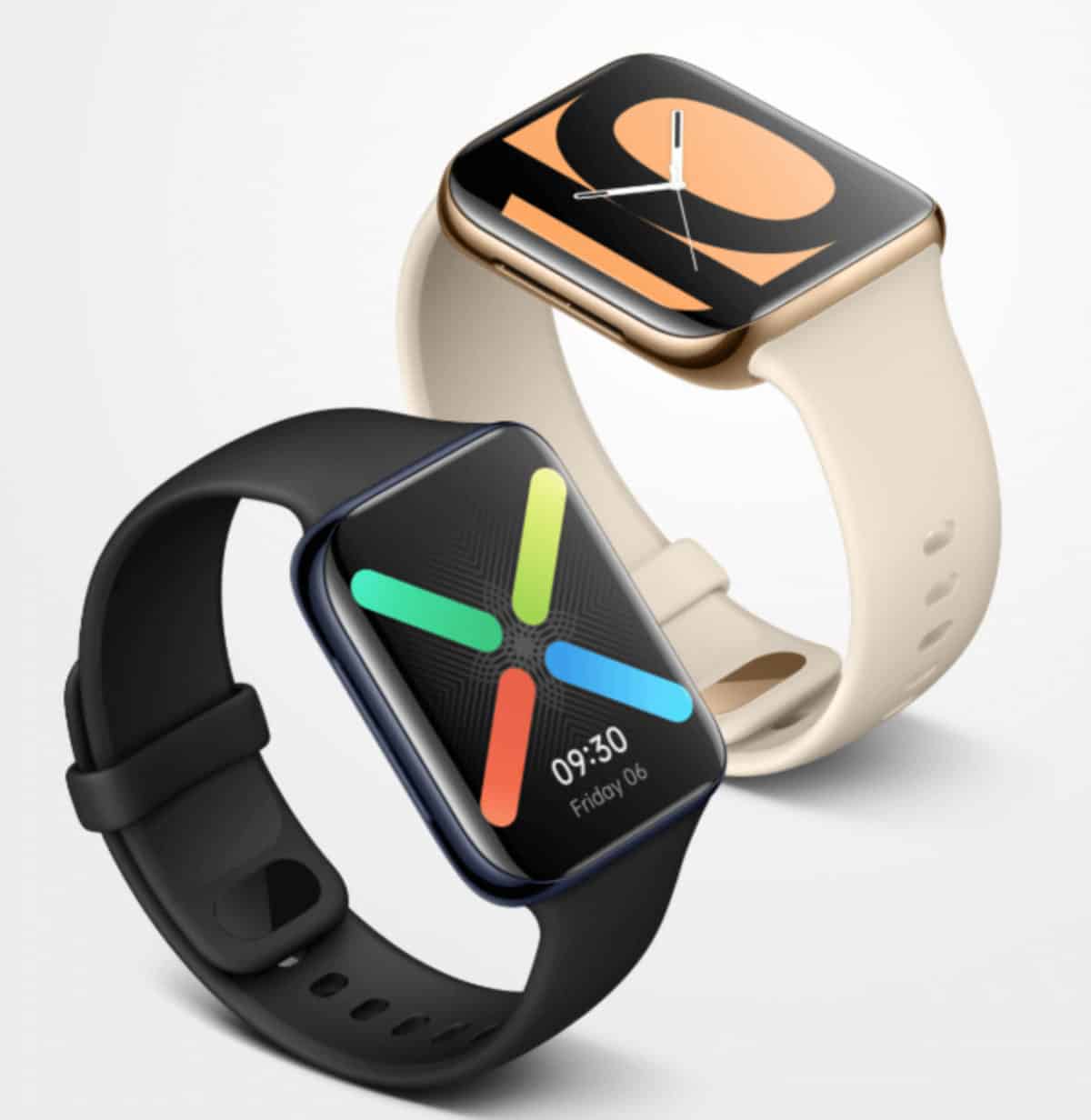 You have a gorgeous OLED screen that really pops, a wonderfully tweaked UX that makes Wear OS even more usable (and easier to navigate than stock Wear OS), and decent-to-average battery life, thanks to its 430mAh internal battery. Inside, there’s a wealth of fitness tracking apps, as well as support for third-party applications and integrations with things like Strava, Fat Secret, and My Fitness Pal.

Like ALL Wear OS smartwatches (and Apple Watch), battery life isn’t ideal – you will have to charge the OPPO Watch daily. But that’s par for the course with anything from Apple or Wear OS. If you want week-long battery life on your smartwatch, you’ll need to go with one of these non-Wear/WatchOS smartwatches instead.

And for an asking price of £186, that is pretty damn good value for money. The OPPO Watch is cheaper than nearly all of its peers and, in my opinion, it is better than most other Wear OS smartwatches on the market right now. It looks good, it is packed with features, and OPPO has made Wear OS a lot more useable.

What more could you want from a Wear OS-powered smartwatch?

There’s no getting around the fact that the OPPO Watch looks like the Apple Watch. It just does. And this isn’t a problem, either. Sure, it’s not very original. But who cares? The Apple Watch is the best selling wearable on the planet, so we know the design works and is liked by a lot of people. If OPPO saved some R&D cash by copying its design, more power to them I say!

OPPO has not scrimped on quality, however. Like its phones, the OPPO Watch comes in a gorgeous box and the device itself is honed from premium grade materials. What materials would they be? The OPPO Watch itself is made from 6000-series aluminium and has slightly sloping sides; the overall effect, while very Apple Watch, is smart, sophisticated and very modern. I like it. 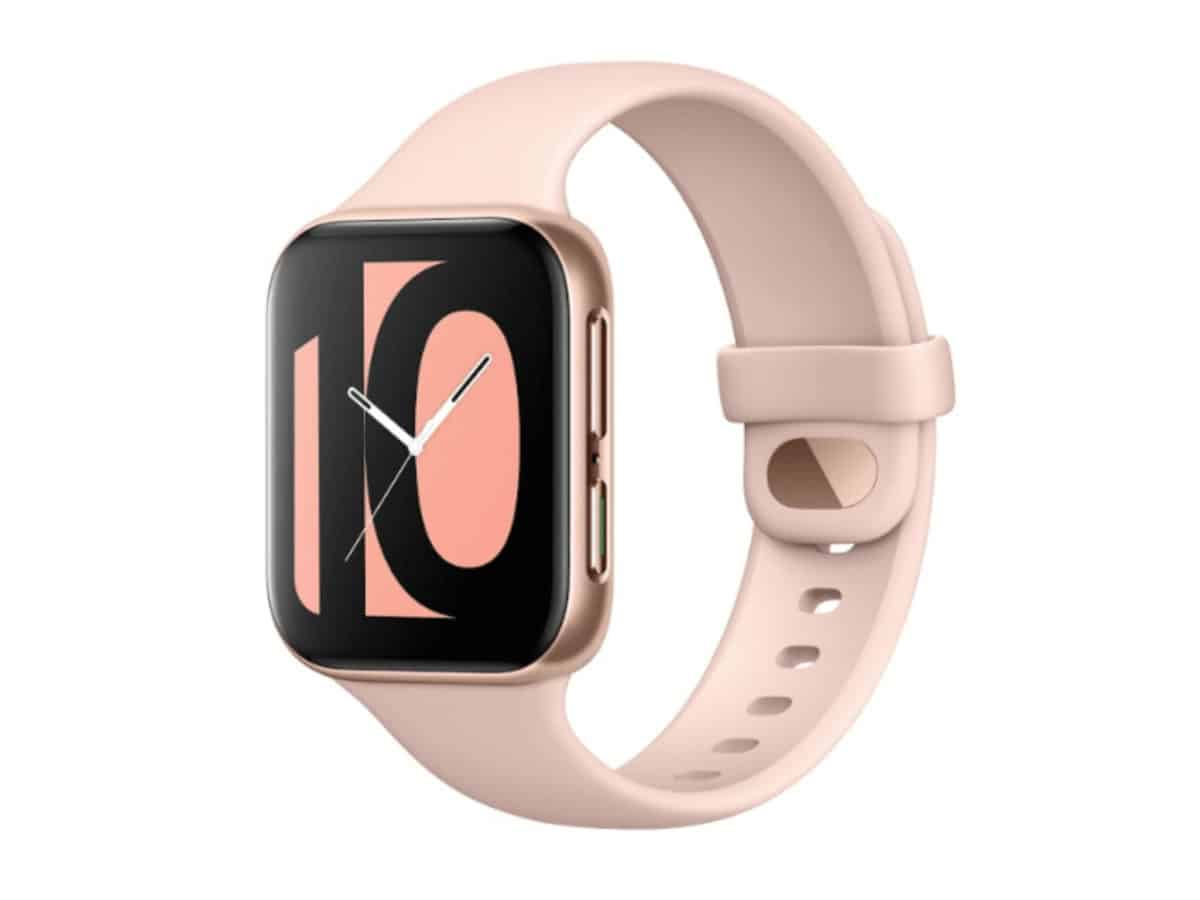 Because of its simple, minimalistic design, the OPPO Watch lends itself to pretty much any occasion. It’ll go fine with loungewear, gym attire, or even a suit. And because it is, again, very simple with respect to its finish, the watch is unisex as well, looking just as good on female wrists as it does on a males. Although you do have smaller options for thinner wrists (41mm).

On the subject of OPPO Watch sizes, you have two models to choose from: the first is the curved 1.9in display model (this is the one I have), and the second is the flat 1.6in model – I haven’t tested this one, but I’m assuming it is designed for females and those with smaller wrists (like teenagers). Either way, it’s nice to have a choice. Both models, with the exception of the curved screen on the 1.9in 46mm model, are identical with respect to functionality.

The larger model does have a bigger battery (430mAh), however, than the smaller 41mm model which uses a 300mAh battery. The smaller model only supports WiFi and also uses plastic, whereas the larger OPPO Watch uses plastic and ceramic.

Under the hood of the OPPO Watch, you have Qualcomm’s Snapdragon Wear 3100, 1GB of RAM, and a 430mAh battery alongside support for LTE via an eSIM. As far as smartwatches go, this is about as good as it gets. And OPPO really has eked out every ounce of performance from the watch’s internal specifications.

The menus and UX run buttery smooth, way smoother than they are on the Moto 360, and the screen and the transitions and animations are fluid and seamless. OPPO made a lot of noise about the OPPO Watch’s performance and speediness at launch. I thought this was just marketing fluff. Turns out it wasn’t messing around; the OPPO Watch is extremely strong in the specs and performance arena.

Ah battery life, the Achille’s heel of ALL Wear OS devices. Sadly, the OPPO Watch doesn’t do much better than your standard, run of the mill Wear OS smartwatches. With all the features switched on plus LTE, you’re looking at 12 hours of usage – maybe less. Turn of LTE and you’ll get 18 hours. Either way, you cannot escape having to charge the OPPO Watch every day.

Is this a big deal? Not really. Battery performance on Apple Watch is much the same and plenty of people still buy those. Plus, OPPO’s included super-fast VOOC charging inside the OPPO Watch’s proprietary charging platform, so even if you do run out of battery, you can quickly charge the device back up again in record time. How fast is VOOC for OPPO Watch? You can charge it from dead to 25% inside 15 minutes. Charging to 100% takes about an hour.

My advice? Always put your OPPO Watch on charge overnight. If you don’t, it’ll run out of power by about 11am the next day and you’ll then have to charge it. This means you can’t track your sleep, but I don’t really do that anyway, so it’s a fair trade-off for me. I use smartwatches for tracking my fitness and workouts. Sleep is something I do when I’m not awake, so I could care less about it.

As with any Wear OS smartwatch, you get access to Google’s full suite of apps, including the Play Store where you can access third-party applications to use on your OPPO Watch. However, OPPO has included a TON of additional fitness features inside the OPPO Watch – and they’re actually pretty good.

You have a whole host of workouts, fat burning exercises, breathing routines, and stretching workouts. Most are five minutes in length and your progress can be tracked on your phone via the OPPO companion app. All told, it is a really nice addition to an already really impressive smartwatch, so if you want some guidance for your workouts, the OPPO Watch has you covered.

I predominantly use my smartwatches to track my runs, either through Strava, or, more recently, inside Huawei Health. I switched to Huawei Health because I now use the Huawei Watch GT Pro 2 full-time because it has amazing battery life – 7-8 days with heavy use and several, hour-plus GPS-tracked runs. The OPPO Watch, however, is great for tracking runs too – just not so much in the battery department.

Inside the app, you’ll find all your metrics and data. And it seems just as accurate as any other smartwatch I have tested. It also pairs with third-party apps like Strava and Google Fit, so if you use them, the OPPO Watch will relay data from your wrist into whatever third-party apps you happen to use. Sadly, you cannot do this with the Huawei Watch GT Pro 2.

As debuts go, I think the OPPO Watch is up there with the best of them. From a design and features perspective, the device itself is more or less flawless. It looks great, it’s unisex, it runs Wear OS better than every other Wear OS smartwatch I’ve tested, and it comes jam-packed with loads of useful health and fitness workouts and routines. Add in support for LTE and a gorgeous display and you’re looking at one of 2021’s best smartwatch options.

And then we come to the price: the OPPO Watch is quite a bit cheaper than nearly all of its peers and this, combined with its excellent looks and performance, make it impossible not to recommend this device. If you want a Wear OS device that packs in plenty of utility and runs Wear OS nice and smoothly, go and pick yourself up the OPPO Watch. I guarantee you will not be disappointed. This thing is bloody great.