Why I Ditched My Apple Watch For A Huawei Watch

I run quite a lot these days, so I’ve gotten into smartwatches quite heavily, testing a bunch – from the Apple Watch to Garmin and a bunch of Wear OS devices.

But the one I keep coming back to, and the one that I have used the longest, is my Huawei smartwatch – the Huawei Watch GT 2 Pro.

I also use an Android phone these days, so it didn’t really make much sense to keep my Apple Watch in circulation.

I may go back to it at some point, but that all depends how things pan out with the iPhone 13.

Not that it even matters that much anyway; you can use the Huawei Watch GT 2 Pro with an iPhone anyway – just download the Huawei Health app via the App Store.

Huawei isn’t the biggest player in the wearables space; it barely even scratches the surface with respect to market share. But this doesn’t mean its watches aren’t good.

When I first got sent the Huawei Watch GT 2 Pro, I actually left it in its box, thinking it’d be fairly inadequate compared to my Garmin and Apple Watch.

Turns out this was a massive mistake.

For running, the Huawei Watch GT 2 Pro is exceptional. You don’t even need Strava with one. You can do everything inside Huawei’s Health app.

And that app, again, despite my initial reservations, is excellent.

I always assume that any software that isn’t made by the big boys – Apple, Google, Garmin, FitBit, or Samsung – will be sub-par, janky, and/or poorly executed.

Sometimes it is, granted. But I was dead wrong about Huawei Health in this context. As a tool for tracking my runs, it is brilliant.

I much prefer it to Garmin’s, and even platforms like Apple Health and Google Fit.

Why? In the context of running, I think it is a near-perfect solution for non-social runners, runners that don’t feel the need to log everything online via Strava.

You use the watch’s GPS to track your runs, all the data is then shared with Huawei Health, and you simply do not need apps like Strava. I much prefer this private approach to training.

I don’t like sharing my running or training data online, so this is the ideal solution for me. Having used multiple Garmin watches over the years, I also find Huawei Health a lot simpler to digest as well.

The only things I care about are as follows: my pace per KM, my cadence, my speed, my heart rate, and my training zones.

Huawei Health has all of these things, and its data is really easy to use and engage with inside the Huawei Health app.

Real-Time Running Data on Your Wrist

I have an on-off relationship with running that usually revolves around the weather. If it is hot and sunny, I like nothing more than lacing up my shoes and going for long runs.

When it is rainy and cold, I’d rather hit the gym and throw some weights around.

Not sticking to a focussed running routine comes with its own set of unique issues though, and the most pressing is your heart rate.

If you start running now, your first run will suck. Your second and third will too. In fact, the first few weeks will be brutal as your body adjusts. Your heart rate will also be sky-high too when you’re first starting out.

After a month or two, it gets easier. Your heart rate comes down too, as you get fitter. You also start to get faster and can run farther.

Rather than just running like an idiot, I decided to get smart about my training this summer. I decided to do it properly. And this meant focusing on training zones.

To begin with, meaning at the start of a new running streak, I’ll start off very slow, keeping my heart rate below 150 bpm – this is known as Zone Two.

You do this for a week or two, forcing yourself to run slowly and breath through your nose, and, after much grind and pain, a week or two later you can run faster with a lower heart rate.

The Huawei Watch GT 2 Pro has a great on-display data feed; it is one of the best I have used. Once you’re off on your run, a simple glance down reveals your current pace, your distance, and your heart rate.

It even tells you what zone you’re training in, and this has been invaluable to me these last few weeks. It has helped me train solidly – like 80% of the time – inside zone two.

If I venture outside zone two, I can tell, and then I can either start walking or slow my pace down. As soon as I’m back where I need to be, I can then focus on what’s in front of me.

Why I Stopped Using Strava

Once my run is complete, I can then go over the data inside the Huawei Health app, checking my pace, my heart rate, my cadence, even my route and where I hit personal bests for times.

This keeps me focussed on MY PROGRESS, not my friends and peers. I’ve used Strava before, but it always makes me feel anxious about my speed and progress.

Strava makes me too competitive and then I do stupid things like try and run too hard too soon and injure myself.

I’ve done this three times now. I got annoyed that I wasn’t running as fast as my friends, pushed myself too hard, and injured my leg.

It sucks. And after the last time, I vowed I’d never do it again.

By avoiding Strava and focussing solely on my own data and progress, I am a much happier runner.

I’m focused on my data and progress, nobody else’s.

I can see clear, definable progress. I can see my runs getting longer and my pace getting quicker. And this spurs me on to keep going, making incremental progress each week and month.

Is The Huawei Watch GT 2 Pro Worth It?

The best thing about the Huawei Watch GT 2 Pro is that it A) looks like a proper watch, it’s nice and chunky and expensive-looking, and B) it has a battery life that lasts around 13 days, even with heavy GPS usage.

My Apple Watch lasts 18 hours. My Garmin will do a few days with heavy GPS use. And my Wear OS smartwatches are just as bad as the Apple Watch.

With the Huawei Watch GT 2 Pro, I only have to remember to charge it once every two weeks, if that.

It doesn’t irritate the skin on my wrist like my Garmin did, and because it connects to your phone, you can use it to take take calls, texts, and IM on it too.

Mostly, though, I just mine as a tool for running. I could care less about the fact that it does other things.

And it is WAY cheaper than an Apple Watch or a Garmin – it costs £229/$299 and comes in two color options, Night Black and Nebula Grey.

Check out the new features coming to Apple Watch’s watchOS 8 here! And Facebook may be getting into the smartwatch game. Here’s what we know about the Facebook smartwatch! 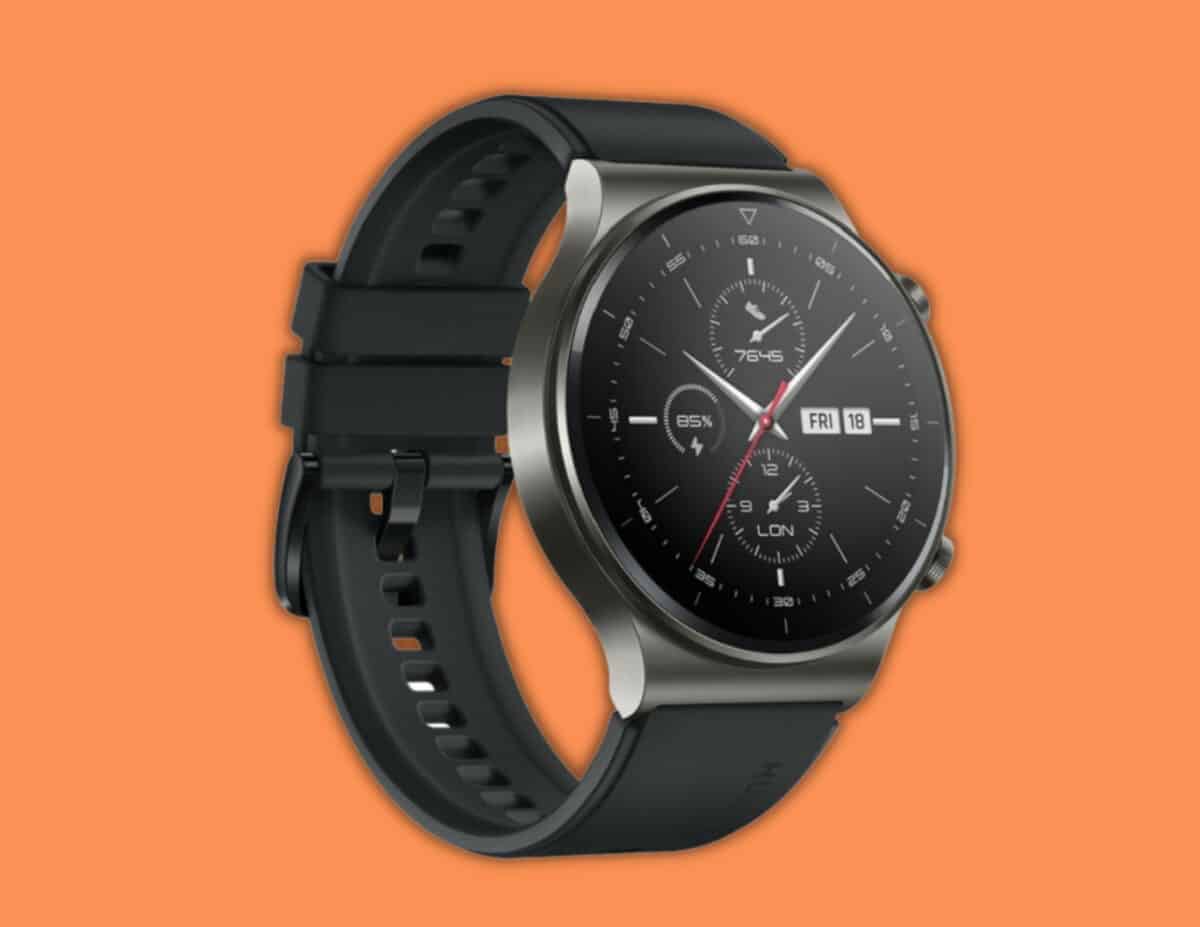