Is “Strava Anxiety” Taking The Joy Out of Your Running Habit?

Since lockdown started last year, millions – and I really do mean MILLIONS – of people have taken up running and/or working out at home. Gyms are closed and COVID outcomes are far worse for people that are overweight, so more and more people are hitting the roads in search of a leaner body. And most of those people are using apps like Strava to track their progress. But is this wise?

On the surface, yeah, it seems perfectly reasonable. You want to start running, you want to track your progress, and Strava is one of the best applications on the planet for doing just that – it stores and tracks everything a runner needs, from distance to speed and tempo. But here’s the thing: Strava could be negatively impacting your progress…

And The Reason is “Strava Anxiety”

What do I mean by Strava Anxiety? It’s actually a little complicated to describe, and it affects different people in different ways. But it is something I have experienced first-hand, back in 2018, and it actually caused me to end up injuring myself.

My experience with Strava Anxiety is something I’m willing to bet A LOT of people can relate to. Here’s what happened. After a solid few months of dedicated running, I started to get obsessed with my speed – or lack thereof. I’d been eating right, doing my three or four runs a week, but I was still slower than nearly all of my friends that I followed on Strava.

They were all doing 10K runs at speeds varying from 5:30 per KM to 4:40 per KM, while I was struggling to hit 6 minutes per kilometre. This drove me crazy, as I am super competitive, so I did what any frustrated runner would do: I went out and ran more often at much faster paces. And for awhile, this was fine. My times got better and I was faster.

Competition—whether it’s chasing segment records or comparing your times to a friend’s—can derail people instead of becoming a motivational tool. “I worry that there’s so much you’re comparing yourself to that you don’t know about and can’t control,” says Shaelyn Strachan, Ph.D., who researches exercise and self-compassion at the University of Manitoba. “It’s a slippery slope into holding yourself to a high, unrealistic standard.”

This was my first mistake, as any veteran runner reading this will know. I was trying to do way too much too soon. My friends that I followed on Strava had been running for years – in most cases, five or more. Meanwhile, I was three months into my running and I wanted to be as fast as them? Insane. Never going to happen, right?

Right, indeed! But I didn’t let this stop me. Every run was logged and, after completing each one, usually a 5K or a 10K, I would immediately check my times. And more often than not I was massively disappointed. I was still TOO SLOW. So I pushed harder and harder, applying a little bit of David Goggin’s mentally – I was reading his book at the time – and, BOOM, I ended up injuring myself. Thanks, David!

I basically smashed my right shin bone to bits by going too hard too soon. And, as quickly as my running habit started, it was over. No more running for me, said the doctor. Not for at least two months. Never one to be told what to do, in my downtime, I started skipping and working out with kettlebells. This kept me active and that was it for me; I didn’t start running again until the start of 2021.

Was It Really Strava’s Fault?

Not really, it was ALL my fault for being an idiot. But Strava was almost certainly the root of the problem, for me, at least. When I started running again at the start of 2021, I once again downloaded Strava and used it to time my runs. And my old habit returned. I became obsessed with how slow I was and how much faster my friends were. I got depressed. But I stuck with it.

All that skipping had evidently paid off too, as this time I found I could run a lot easier without getting too out of breath. Right off the bat, I could do 3K and then, a week later, I did my first 5K. It wasn’t fast, but it was a 5K. And I’d done it in less than two weeks. And then the Strava devils returned, making me feel crappy about my progress.

And then I wised up, after chatting to a friend. He told me that his secret, or what he’d been told by another, more experienced runner, was to run slow and run a lot. Forget speed. That comes later, once you’ve logged the miles. This was how he got so fast, he added – just by following these simple rules. I made my mind up to do the same (and deleted Strava just to make sure).

Because I work in tech, I’ve always got a bunch of fitness trackers and smartwatches laying around my office. I’ve been using the Huawei Watch GT Pro 2 for about 10 months now – I just had no idea how good it was for tracking your runs. After a deleted Strava, I decided I’d use my Huawei Watch GT Pro 2 to track all my runs. Little did I know it’d do such an amazing job.

The Huawei Watch GT Pro 2 has GPS, so it is super accurate. And, like Strava, it shows you your exact route on a map. It also shows you how fast you went during the run, your heart rate, your VO2 Max, and a raft of other things. I was genuinely blown away by Huawei Health’s features for tracking runs. It does everything – from pace to heart rate zones and more. 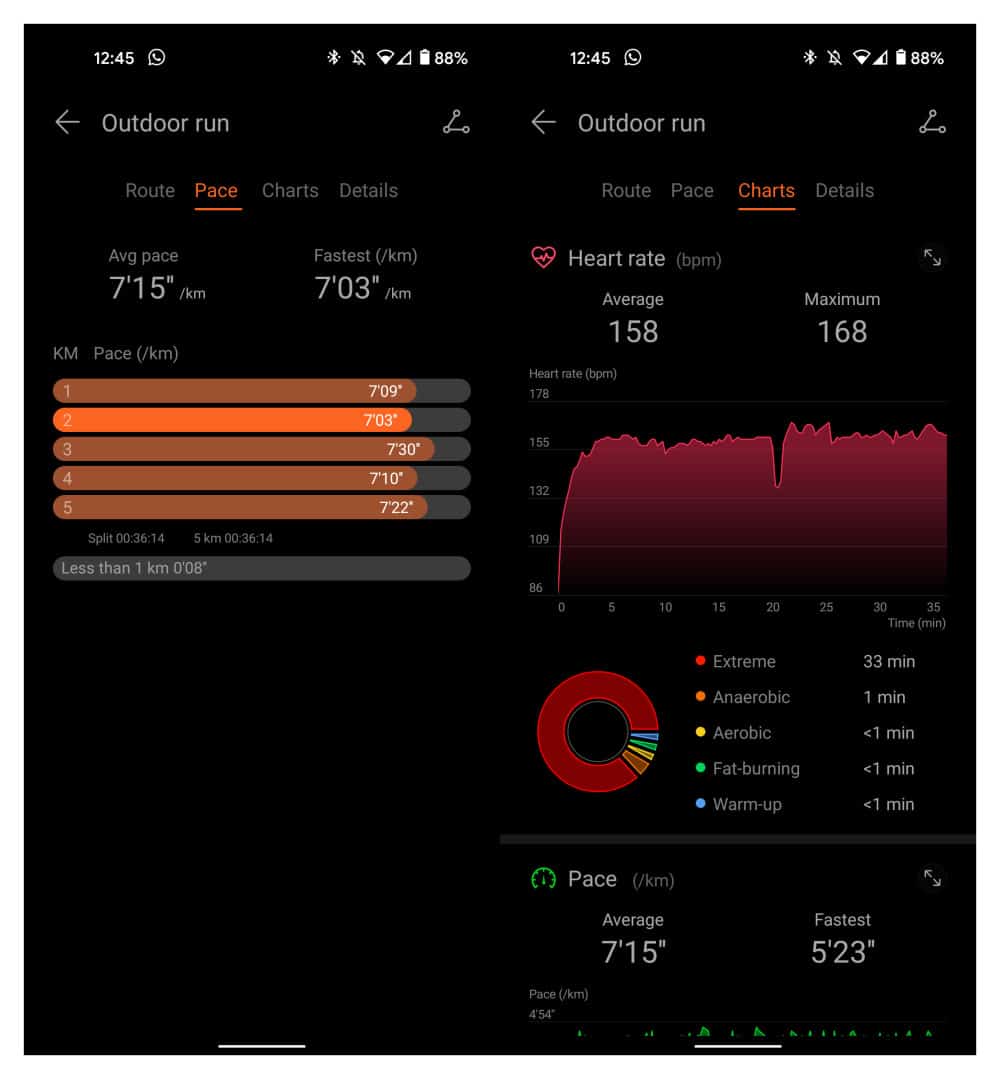 And the app itself is easier and nicer to use than Strava. Since then, I’ve been using Huawei Health to track my runs. I don’t have access to other people’s running efforts, just my own. I now have all my running data in one place, so I can see how I’m improving over time. The only person I’m competing with now is myself and I much prefer it. I enjoy my runs more, I don’t feel antsy around speed, and I just get way more pleasure from running than before. 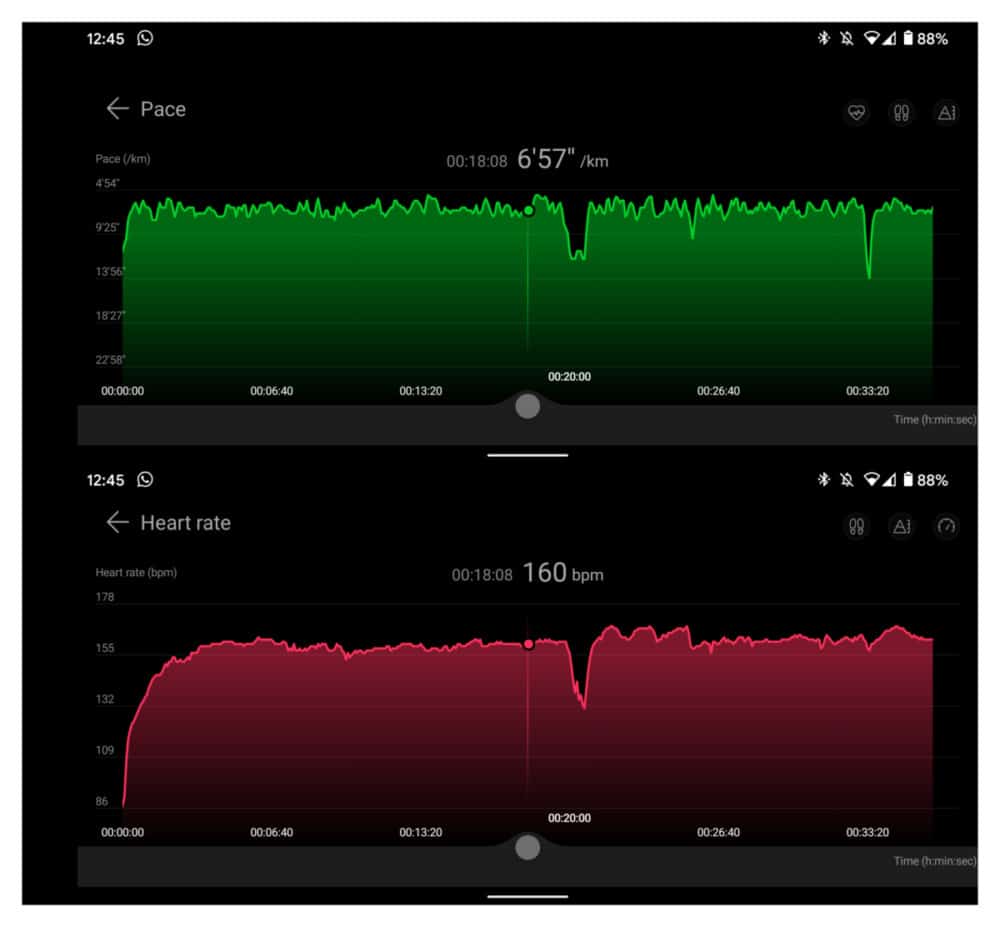 Prior to using the Huawei Watch GT Pro 2, I was using the OPPO Watch and the Apple Watch. Both, however, were let down by battery life – each only lasted about 18 hours from a single charge, even less if you use GPS. The Huawei Watch GT Pro 2 (check it on Amazon) will go about 7-8 days on a single change, and that is with several, long runs thrown into the mix. Add in Huawei Health’s excellent reporting and metrics (it can even measure your average stride) and you’re in a much better place.

For some people, mostly experienced and good runners, Strava is great. You can compete with friends and family and people that live in your local area. As a tool, it is also brilliant for tracking your runs and staying on top of your metrics and weekly miles. But for newbies, it can be a little intimidating, especially if you’re brand new and/or very slow.

I know, I know – who cares, right? Most people will not be bothered by any of the above. But if you’re a naturally competitive person, Strava-induced anxiety and/or insanity (in my case) is definitely something you should be aware of. I ended up injuring myself because of it; again, this was my fault entirely, but it happened without me knowing – I was inexperienced as a runner and I paid the price.

Don’t be like me. Run slow and long, forget social media, and do this for a long time. It can take anywhere from three to six months for your body to fully adapt to running. If you start a new running habit, track your runs by all means, but do not get obsessed with speed, as I did – it always ends bad. What you need to do is let the speed come naturally, enjoy being outside in the fresh air, and stick with it.

After several months of this, you’ll be banging out fast times no problem. And, better yet, you’ll be doing it WITHOUT injuring yourself. 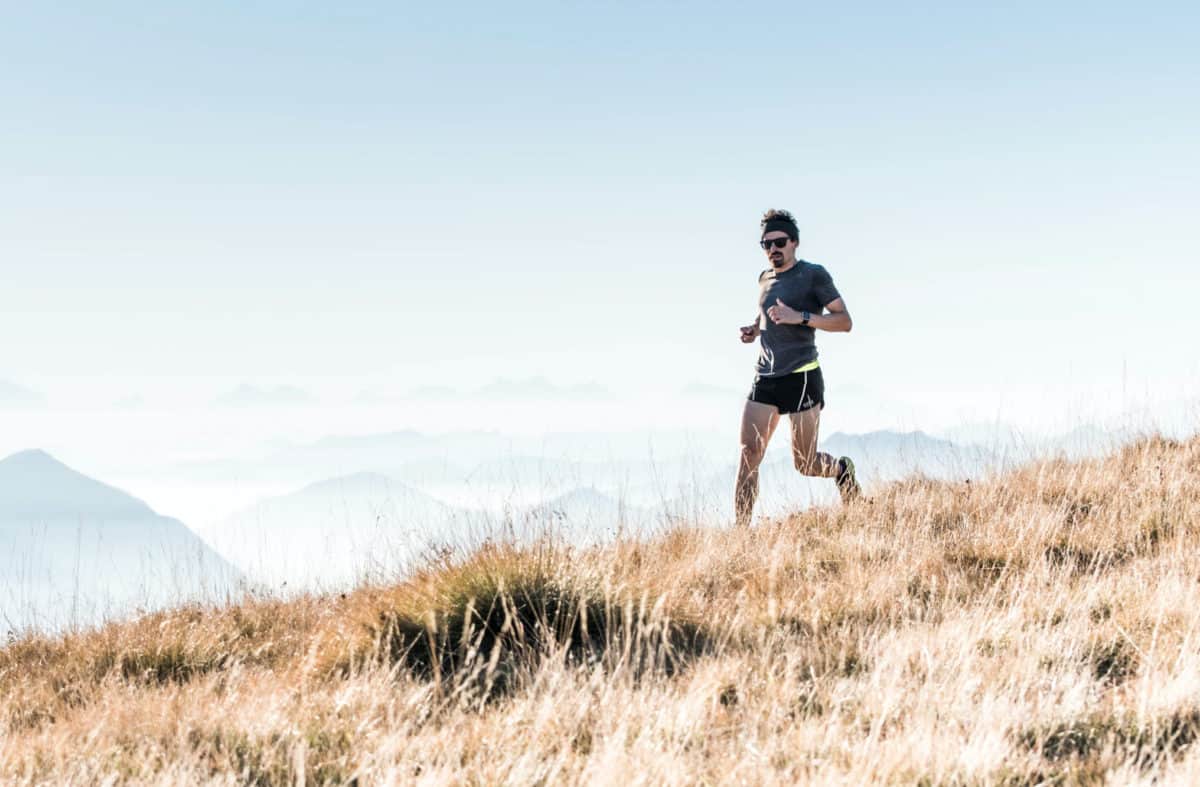