If you’re looking at getting a smartwatch (and you don’t want an Apple Watch), the next best thing is one powered by Google’s Wear OS or Samsung’s Tizen OS. But which is the best wearable platform?

First, let’s tackle some of the most commonly asked questions about both wearable platforms. And, before we get started, no, Google does not make an actual smartwatch, although that could change in 2021 with the launch and release of the Pixel Watch.

It all kind of depends on what you want from a smartwatch. For me, as an Android user, I find Wear OS far better at the basics. Wear OS better integrates with Android (and iOS) and it handles notifications better too – like a lot better.

This is why Wear OS smartwatches, smartwatches like the OPPO Watch, tend to get more attention from users.

And because Wear OS is Google’s platform, the Android syncing is better than you get on Samsung’s Tizen OS. And herein lies the difference: Google designed Wear OS to seamlessly integrate with its Android platform. And it does this really well.

That’s why smartwatches like the Moto 360 (the new one) and the now-very-cheap Misfit Vapor X are so popular with Android users.

Wear OS handles the “smartwatch basics” a lot better than Tizen OS. If you have a Samsung phone, Tizen OS does integrate better. But for non-Samsung users, Wear OS is the optimal choice here for basic smartwatch functionality – the stuff most people want a smartwatch for. 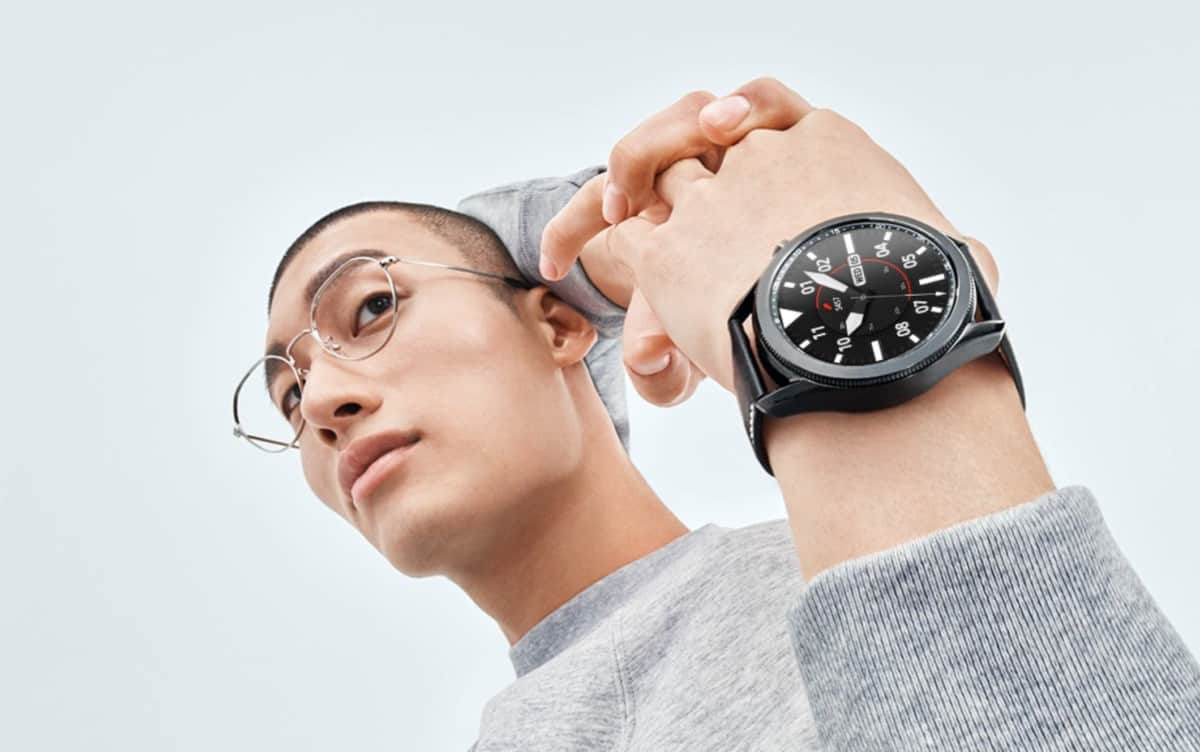 Things like notifications, integration with apps on your phone, the digital assistant, and payment systems.

Notifications are better on Wear OS. Both in how they are displayed and how they are handled by Wear OS at a system level. You also have wider support for more applications and Wear OS links up beautifully with things like Google Fit and Google Pay.

Tizen OS, like Huawei’s wearables, kind of exists on the outside, looking in. And this makes truly deep, seamless integration with your phone a lot harder – meaning impossible. You’re also stuck with Samsung Pay and Bixby. And for most users, that’s not going to be a good trade-off.

But there are areas where Tizen OS edges ahead of Wear OS. Samsung Fit is a far better fitness tracking suite than Google Fit, for one, and, as you’ll see throughout this post, it is mostly swings and roundabouts when comparing these platforms – neither is perfect and both options having specific pros and cons working in their favor.

Can You Run Wear OS on Tizen OS Devices?

This works both ways, though: all Wear OS products are locked to Wear OS. You cannot install different software on them. For this reason, it is well worth weighing up the PROS and CONS of each platform before committing to a purchase.

And this is what the entire point of this post about, so let’s dig in some more…

Which Platform Has The Best Digital Assistant?

Samsung’s Tizen OS uses Bixby for its digital assistant. Bixby gets a lot of flack from the media, but it is an OK digital assistant. It is no way near as good as Google Assistant, the one used inside Wear OS, or Amazon’s Alexa, or even Apple’s Siri which is used inside Apple Watch and on its iPhone and iPad.

Again, the major difference here is that Bixby is limited to Samsung phones, whereas Google Assistant is available on ALL Android phones. The availability and spread of Google Assistant, alongside Google’s heavy investment in the platform, means it has evolved a lot faster than Bixby which simply does not have the exposure, and therefore data, to compete. 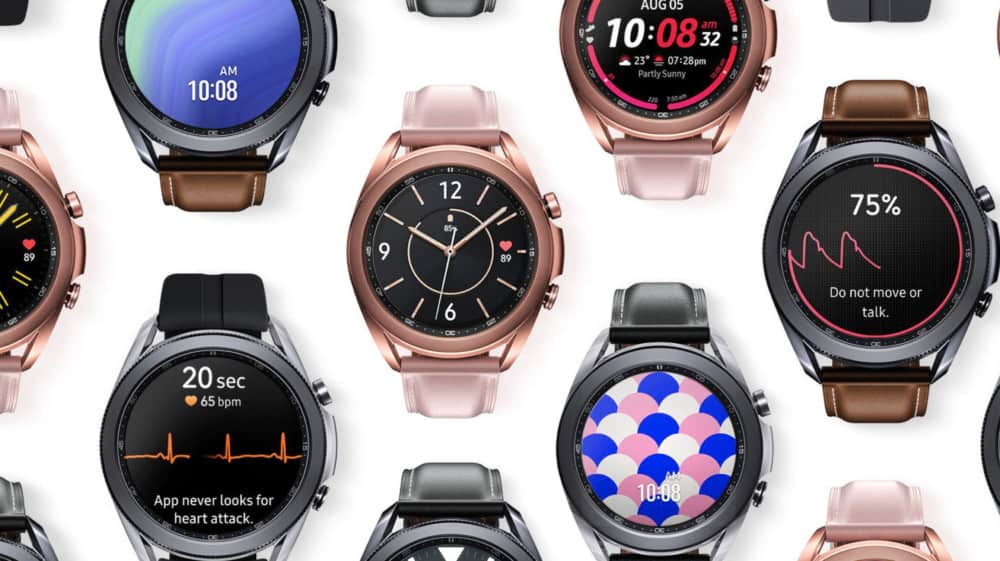 In nearly all areas, Google Assistant is the superior digital assistant. It is faster, smarter, has more integrations, and it works better with Android (and iOS). It is a bit like comparing the intellectual capacity of a 10-year-old versus a 30-year-old. The difference is expansive and palpable immediately.

Google Assistant is also deeply integrated into Chrome and, by proxy, Google Search and your Google account. For this reason, Assistant can quickly build a detailed profile around you which helps it to find you better results based on your specific likes and dislikes. Bixby is more focused on interacting with the actual hardware you’re using, performing tasks, and the like.

Unfortunately, Google Assistant can also do this as well, so even in this context, Assistant is still the clear winner. And if that wasn’t enough, there is even talk of Samsung caving to pressure and nixing its Bixby assistant in favor of Google Assistant. Nothing is confirmed yet, but Samsung has started rolling-back Bixby features in the last 12 months.

Which Has The Best Core Features – Tizen OS or Wear OS?

When it comes to core features – things like notifications, payments, fitness tracking, and integration with Android – as noted earlier, Wear OS is the stronger platform. Tizen OS is no slouch, but because of its proprietary nature – it’s not Android, it’s Samsung – there are gaps that just cannot be filled.

The main one, for me, at least, is to do with how the two platforms handle notifications. With Wear OS, every time you get a notification, the watch will vibrate, and you simply lift your wrist, and the message or notification is displayed on the screen, just as you’d expect. 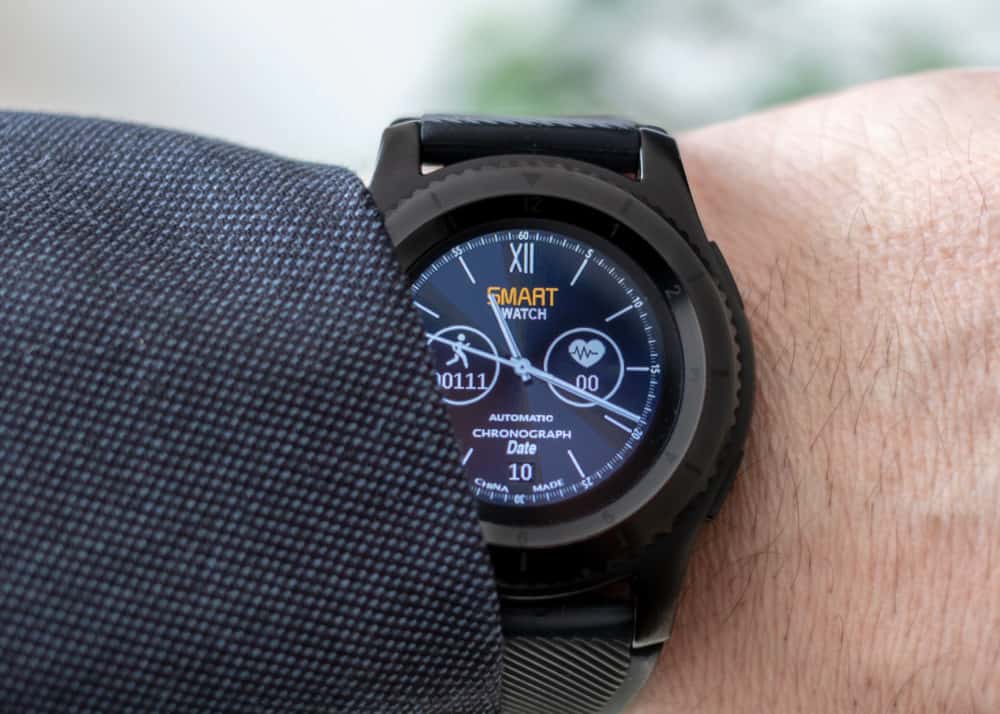 With Tizen OS smartwatches, things are a little different with notifications. For instance, you have several options in how they’re displayed. But none of them are quite what I want. You either have to have the information displayed as soon as the notification comes through, for ALL to see or, if you value privacy, you have to turn it off and then press a button to view the message.

This isn’t ideal for me, as a user. I much prefer the way Wear OS delivers its notifications. It’s just more intuitive and it also keeps your messages and alerts private until you decide to flick your wrist to look at it. It’s not a MASSIVE deal, granted, but viewing notifications on a wearable is, arguably, the #1 reason why most people use them, so getting it right is kind of important.

And in this context, Wear OS is the clear winner.

Samsung Health vs Google Fit – Which is Best?

Tracking things on your smartwatch, alongside notifications, is another key reason why people use wearables. Having access to health metrics, like your heart rate, and things like steps are great. It helps you stay on top of your goals and track how many calories you’re burning per day.

And in this context, Samsung Health is the winner. I just want to get that out of the way up front. Google’s Fit app is still decent, and it looks good – both on your wearable and inside its dedicated Android app. But Samsung Health has more features, more things you can track. 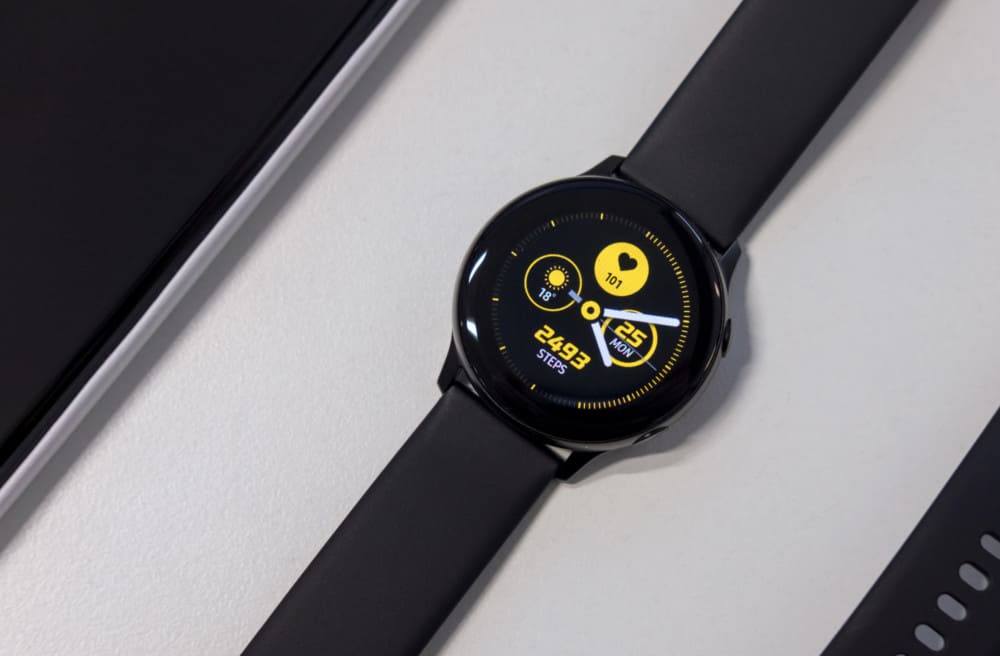 And that, in my book, makes it a better fitness tracking suite. With Samsung Health, you can track your sleep, it displays way more useful and actionable tips and details, and, for the most part, it is easier and more intuitive to use. You can track your weight, your steps, get weekly summaries of your activities, and it is great for setting up and monitoring goals inside the app and on your phone too.

The only area Google Fit is superior in this context is with integrations. With Google Fit, you can pull in third-party data from apps like Strava, Runkeeper, and other fitness-related apps. Even from services like Withings. And then view them all in one place, inside Google Fit.

Still, for core fitness tracking abilities and features, Tizen OS is a superior platform. And, as a side note, Samsung’s smartwatches – particularly its new ones – are fantastic looking devices too. From a fitness tracking perspective, Tizen OS – next to other options like FitBit and Apple Watch – is a great option for users keen on monitoring their activity levels.

When it comes to app support, Wear OS – with its deep integration with Android and, by proxy, the Google Play Store, is, once again, the stronger platform here. With Tizen OS, you’re limited to the Galaxy Store. And the Galaxy Store is a lot smaller – both in terms of quality and selection – than Google’s massive Play Store.

If you plan on running plenty of apps on your wearable, and you want those apps to sync-up with your Android phone, Wear OS is leagues ahead of Samsung’s Tizen OS platform. Add in things like full support for Google Assistant and Google Pay and you’re looking at a pretty big lead for Google’s platform when it comes to core smartwatch functionality.

There are workarounds for getting better app support on Tizen OS, you can technically install Google Assistant via the Galaxy Store, but the integration is clunky at best and pales in comparison to the real thing. And this, for me, is where Tizen OS really falls down when compared to Wear OS.

Google controls Android, from top to bottom. Android is Google’s ecosystem and Tizen OS which is available on fewer devices and, therefore, has less support from developers, isn’t like to ever catch up with Android properly.

And this is very telling about the state of the mobile sector at large. Samsung is the biggest phone company on the planet and even it cannot get a shoo-in in this respect. Apple and Google’s platforms are just too popular, too widely used for “other” platforms to get a look in.

Platforms live and die by the number of developers they have. And 99.9% of developers working in mobile are focused on Android and iOS. None are looking to Tizen OS for opportunities. It’d be like designing an app that would ONLY work on BlackBerry phones in 2020. You just wouldn’t do it; the ROI would be terrible.

Who Makes The Best Smartwatch Hardware?

When it comes to the actual hardware, things are fairly similar once again. Because Google’s Wear OS is more widely used and has better developer support, you have WAY more selection when it comes to smartwatches – from established brands like Tag Heuer and Fossil to smaller brands like OPPO, SKAGEN, and TicWatch.

With Tizen OS, you’re limited to just Samsung smartwatches. But this is no bad thing. Samsung’s smartwatches, like its phones, are beautifully designed devices. Samsung knows what it is doing with hardware and design, and its latest smartwatches prove this point wonderfully. They look gorgeous, as you can see here.

What Smartwatch Would I Buy Today?

If I were in the market for a smartwatch today, there is only one option that I would recommend right now. And that is the Fossil Sport (VIEW DEALS). The Fossil Sport is a lightweight device with a ton of amazing specs – 1.2GHz CPU, 4GB of storage, and IP68 rating. Its battery life also lasts for two days straight.

Check Out ALL The Latest Deals For The Fossil Sport – View All Options, Sizes & Prices

The Fossil Sport ticks all my boxes. It runs Wear OS, it has incredible battery life, it has a gorgeous 1.2in OLED display, and it is super-comfy to wear. And because it is a Fossil watch, you know your buying from a company with a decades-long pedigree in the watch-making business.

But the best part about the Fossil Sport is its price – you can pick one up for less than £100. Not too shabby, right? For me, the Fossil Sport is 2020’s best value Wear OS smartwatch. It’s ideal for all types of users and, because of its minimalist styling, will suit all kinds of fashion sensibilities and settings.