What is Signal? And Why Are People Using It?

Signal is a new, extremely popular instant messaging app that people are switching to from WhatsApp. Here’s everything you need to know…

“I use Signal every day,” said Edward Snowdon, whistleblower and privacy advocate. And the reason? Simple: Signal does not store, read, analyse, or keep any of your data. The app uses your phone number to ID you, and that is it – everything else is encrypted (end-to-end) and Signal has no access to chats, media sent via its app, or what is being said and/or discussed by its members. 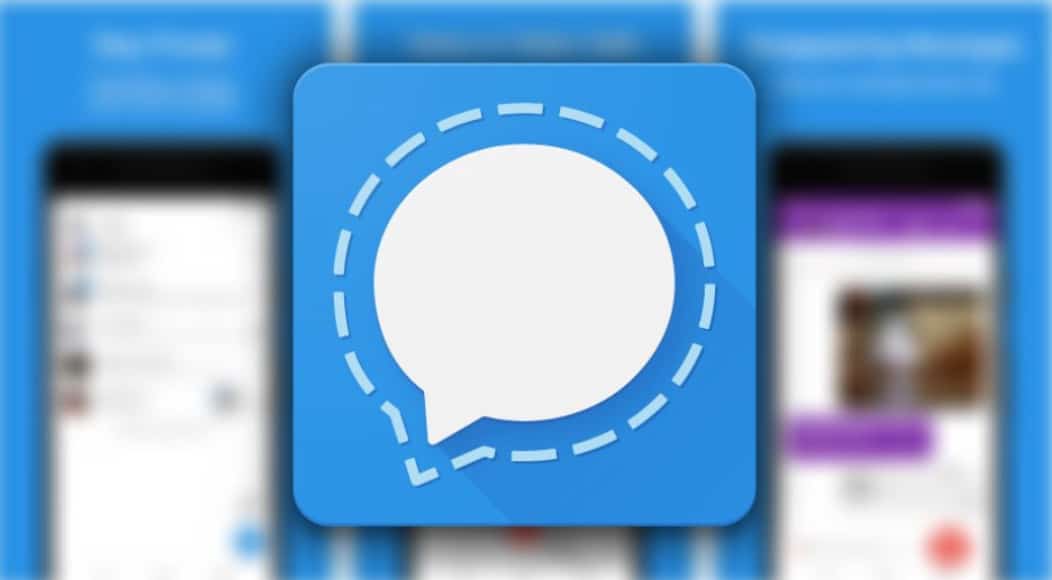 Compare this to Facebook Messenger, the popular IM app used by millions and the difference is like night and day. Facebook can see, store, collect, and monitor everything that is done inside Facebook Messenger. But, don’t worry, it won’t actually do anything with all this access – or, at least, that’s the official line. Most people, however, don’t trust Facebook as guardian of their personal information and data.

And that, combined with WhatsApp’s proposed privacy changes, which come into effect in February, is why a lot of people are now switching over to Signal for good. They value their privacy, they don’t want Facebook snooping in on their conversations, and they like the “no strings attached” approach of Signal – the app is also 100% free too which definitely helps.

Signal is available for Android and iOS (iPhone and iPad) as well as desktop PCs, Macs, and Linux-powered machines. All that is required to join is a phone number. Once you have this, and Signal downloaded, you can setup and account and start adding people.

In terms of design and functionality, Signal is very similar to WhatsApp and Facebook Messenger, so if you’re worried about switching to a new IM because you don’t want learn a new system, do not fret: Signal looks and functions more or less the same as WhatsApp. There is no learning curve.

With Signal, you can send IMs, do group calls (up to eight people), send media (photos and videos), add stickers and gifs to chats, transfer files, and even make voice calls – both on the phone app and the desktop one. You can also do self-destructing messages too that will simply disappear into the ether forever after a specified time period.

While Signal might look and function a lot like WhatsApp, it is actually very different under the hood. But the core philosophy of Signal is privacy and this is what the app’s source-code and protocols are built around. Signal even developed its own encryption protocol just to make sure everything is completely private. These levels of protection make it impossible for the owners of Signal to view and access anything that happens on their platform.

Even if they wanted to, they couldn’t – the design of the platform makes it impossible. Signal doesn’t even store media; all of your chats and media are stored locally on your phone. This way, Signal acts purely as a medium to connect you to other Signal users.

Signal is also completely open-source too, you can view Signal’s source code here, and everything that happens inside the app is protected by end-to-end encryption, so only YOU can see what is being said and shared inside a conversation. The owners of Signal cannot access your data, your conversations, or even see what you’re sharing and sending to friends and family.

Facebook and other applications collect a lot of data on their users. This data is stored and, in some cases, used for marketing purposes. Data is now the hard currency of the 21st century; the more data you own and control, the more power you have. This is why Facebook is such a potent force on the global stage – it has more data than anybody else.

Signal is the complete opposite of this. It has designed its app to ensure that it literally knows nothing about how people are using it. Even if the FBI rounded up the owners of Signal and forced them to disclose information about their users, they couldn’t – the encryption of the platform, which is the bedrock of its core code, ensures they know nothing about any of their users.

The only data Signal has on you is your phone number, your last connection date, and your account creation date. And that is literally it. You can read Signal’s privacy policy for more information here.

What would happen if the same FBI agents grabbed some Facebook execs that wanted information on your account? The Facebook people would be able to tell them anything they wanted to know. Facebook has records of everything you’ve ever said and done on its platform, including your likes, dislikes, pictures, videos, and location.

How Is Signal Different To WhatsApp?

Signal startled to gain traction when both Elon Musk and Jack Dorsey started promoting the platform on social media. Both of these guys have a lot of followers on Twitter, so this caused a huge spike in downloads. But Signal didn’t start to really get traction until Facebook dropped a bombshell about WhatsApp, the world’s most popular IM app that is owned by Facebook.

In a statement issued at the beginning of 2021, Facebook confirmed that it was updating WhatsApp’s privacy policy. The document and changes were long and many, but the crux of the problem – in most peoples’ mind – was that WhatsApp, from February 2021, would start sharing more information about its users with Facebook.

News of this change to spread like wildfire online and those looking for a solid, secure, and private alternative to WhatsApp turned to Signal. Following on from Facebook’s changes to WhatsApp, Signal has grown to become to #1 most downloaded app on both Apple’s App Store and the Google Play Store.

What Makes Signal Different To Other IM Apps?

Nearly every app you run on your phone is owned either buy Facebook, Twitter, Google, or Apple. These tech companies make their money from your data. Signal is different. It doesn’t use data to make money and, instead, relies on donations from its users instead. This completely different approach to business makes Signal a completely different beast from WhatsApp, Facebook Messenger, and Google Chat.

The ONLY data Signal has on you is your phone number, which is required for the app to run. You are identified by your phone number, not your name, email address, location, or private residence address. You’re basically just a number, nothing more, nothing less. And this is by design. Signal DOES NOT want to know anything about you. In this respect, Signal is basically the Anti-Facebook.

With Signal, you essentially get all the benefits of WhatsApp and other IM apps like Telegram, just without Facebook or another tech company snooping at what you’re doing on the platform. And because it works on phone numbers, once you install Signal on your phone, you’ll be able to easily find other Signal users inside the app as well as send your existing contacts an invite to join Signal

How To Set Up Signal For The First Time

Signal is available for Android and iOS (iPhone and iPad), so all you have to do to download it is go to either the App Store or the Google Play Store, search for Signal, download it and then follow the steps. 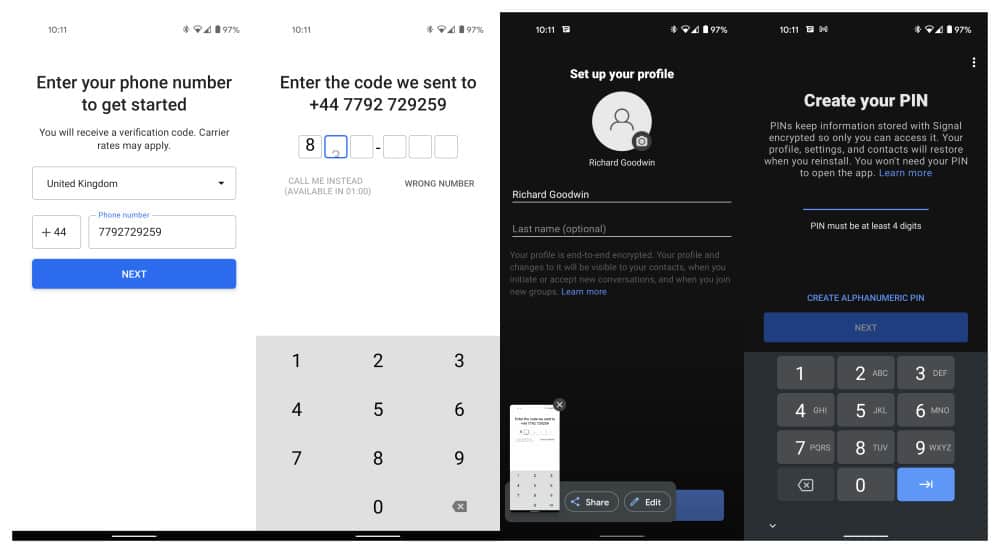 You’ll be asked to give Signal access to your contacts and your phone app, this is so Signal can find and access your contacts to add to the app, and so it can make phones calls. Once you’ve done this, you’ll be asked to set up a PIN. This pin will be required when you open the app, so only you will be able to view your chats inside the app.

And that’s it; Signal is designed to be simple to use. And the makers of the app deliberately made it look and function a lot like WhatsApp too. You can add a picture if you like as well as set up Signal to handle your SMS text messages, so you can view and manage all of your IMs and Text Messages in one place.

And that’s literally it. As I said above, Signal is designed to be easy, to function just like WhatsApp, so if you want to take back your privacy and data from Facebook, I would strongly suggest you download and try out Signal today – it’s already being used by 50+ million people all over the globe. And Facebook really doesn’t need any more of your data…