#1) How To Disable Read Receipts In WhatsApp

Read Receipts are the two little blue check marks next to a message that signal when the message has been read. They’re handy, but sometimes you don’t want people knowing that you’ve seen their message already—usually because you don’t have the time to reply right then and it could make the sender feel like they aren’t important. To display read receipts:

WhatsApp allows others to see when you were last on the app by default However you can disable the ‘Last Seen’ timestamp so no one can see the last time you were on the app or just select people can.

#4) Save WhatsApp Conversation As Text File

A really cool feature of WhatsApp is that you can save conversations as a text file. This is great for record-keeping purposes. Here’s how to do it:

An email will be composed of your chat history attached as a text document.

Ever got spam WhatsApp messages or want to stop getting drunk texts from that ex? You can block any WhatsApp user from contacting you again.

Group chats in WhatsApp are great—they allow you to talk to a number of people at a time and thus save you from repeating yourself in individual conversations. But group chats can also get annoying when only a few people are carrying on talking, yet you keep getting notifications for everything they see. You can of course just leave the group chat to stop this—or do this to disable the group chat’s notifications:

#7) See Who You Chat With The Most

Ever wonder who you chat with the most on WhatsApp? Here’s how to find out:

#9) How To Star a Message In WhatsApp

Not many people know this, but WhatsApp lets you star individual messages as favorites. This is handy if a message has important information, like a phone number or address. Instead of having to swipe back through conversations to find it again, starred messages can quickly be viewed all in one place.

WhatsApp has recently added the ability to format text. You can bold, italicize and strikethrough any text by surrounding it with special characters when you tap it out.

“I’ll WhatsApp you,” has now become a pretty standard phrase, usurping the conventional practice of “texting” SMS messages and replacing it with account-based instant messaging over more versatile or lower cost wi-fi or data connections, while, at the same time, preserving the link to the person’s telephone number.

The messaging apps ubiquity is no surprise, with its user base far surpassing any previously popular messaging service such as BBM and Facebook messenger; by 2016, Whatsapp had ONE BILLION active users and is the most used and trusted IM client on the planet. Increasingly, however, WhatsApp has started losing users on account of changes made to its privacy policy that will see the IM sharing more information with Facebook. A good, new alternative to WhatsApp is Signal – so check that IM app out if you value your privacy.

The backstory to WhatApp is awesome as well.

Two guys — Brian Acton and Jan Koum — left their employment at Yahoo and searched for new opportunities at Facebook, where they were turned down.

Looking for what to do next the two engineers took interest in the then-embryonic App Store, a thing they saw as a HUGE opportunity and set about working on an idea for a proprietary messaging service.

Think You Can Design The Next WhatsApp? 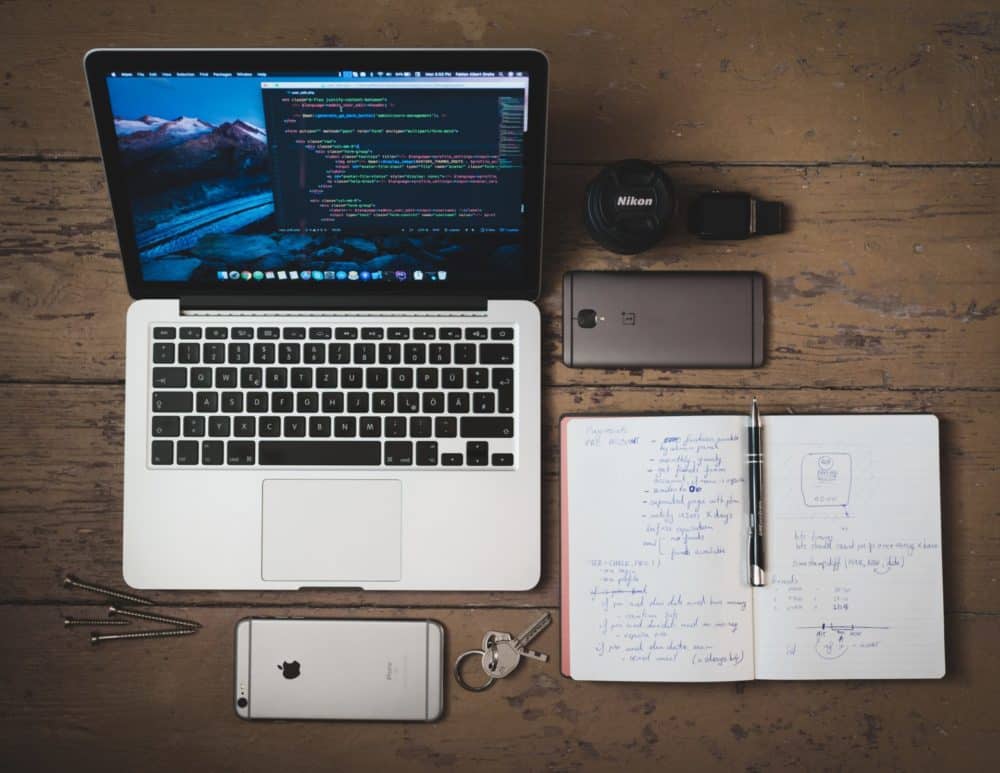 Also: if you’re interested in becoming an iPhone developer, UDEMY has one of the best iPhone Developer Courses on the planet right now – you can check it out here (it’s got 1500+ five-star reviews). In this course, you will learn how to make apps like WhatsApp, Uber, and Snapchat.

And if Android’s your thang, well, there’s one for that as well! The Complete Android Developer Course.

And check out How To End-To-End Encrypt WhatsApp Backups! And take a look at How To Make Your Sent WhatsApp Messages Disappear!