Nokia – now owned by HMD – makes a range of Android-powered smartphones. But what’re your options when it comes to 5G mobile phones?

If you want a Nokia 5G phone, you have just one option at the moment: the Nokia 8.3. The Nokia 8.3 is not a flagship either. Instead, it is an aggressively priced mid-tier phone that packs in plenty of specs and, in my opinion, punches well out of its weight with respect to performance and features… 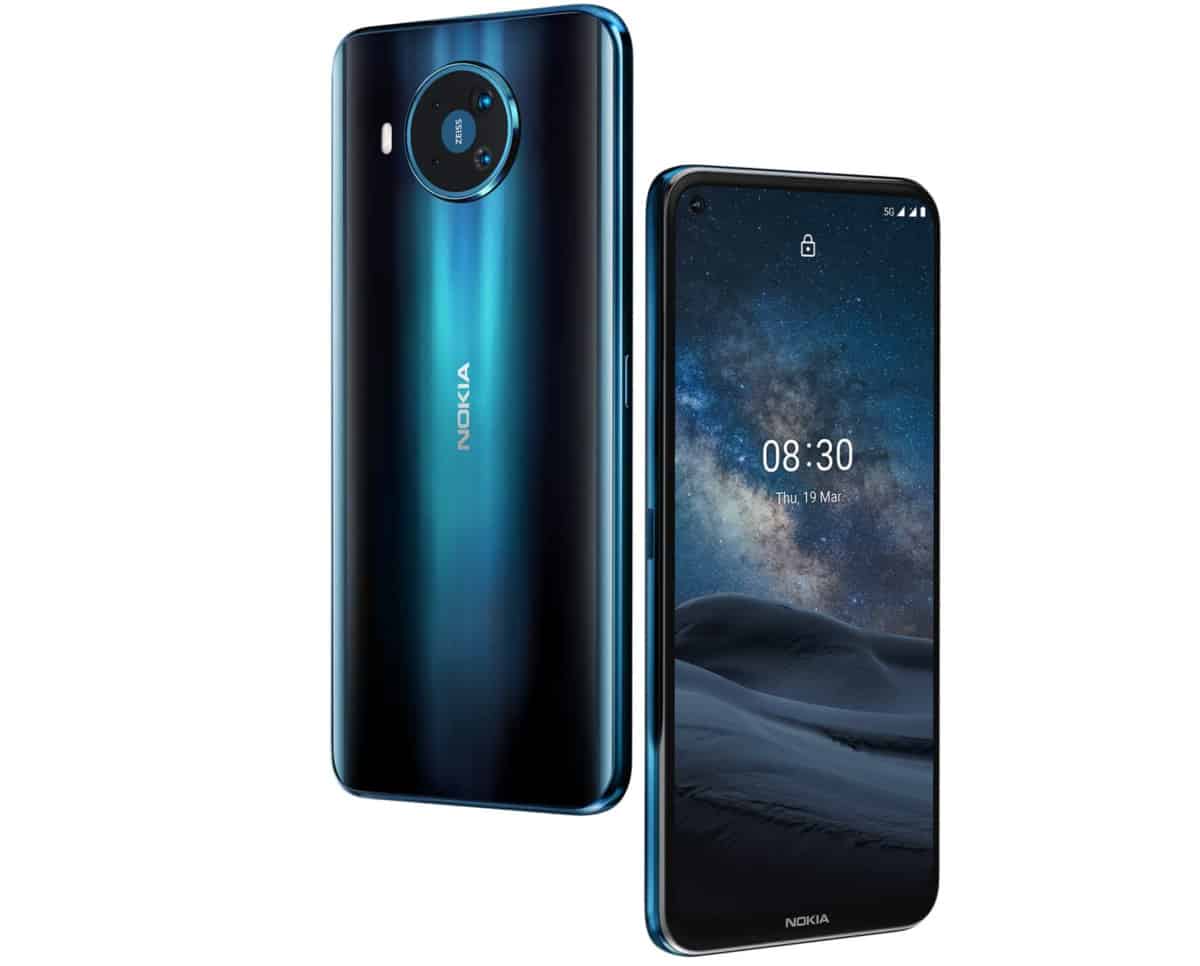 With its sleek design and quad-camera array on its rear, the Nokia 8.3 is a solid, performance-oriented smartphone. It runs stock Android, just like a Pixel phone, it has 5G, and it has truly outstanding battery life. This phone delivers BIG on value for money...

HMD, the new owner of Nokia, doesn’t do things quite as you’d expect. Rather than attempting to compete directly with Apple and Samsung, the company has instead focussed on a couple of key things that consumers want.

If you do not want to spend big bucks on your next phone, and you want an Android phone, the Nokia 8.3 is a fine example of what can be done with a phone when a company knows what it is doing.

The Nokia 8.3 is not a flagship phone, but looking at it you’d never guess. Nokia kept the price of the Nokia 8.3 down by using the Snapdragon 765G rather than the 865 CPU and using IPS LCD screens rather than OLED.

Where it counts, however, in places like the camera department, battery life, RAM, and internal storage, the Nokia 8.3 is a killer handset with excellent performance. You even get 18W Fast Charging which is better than both Apple and Samsung’s phones.

The Nokia 8.3 uses a quad-lens Carl Zeiss-branded camera. And for the money, it is an incredibly impressive setup. It wipes the floor with the iPhone 11’s camera and that phone is nearly double the price of the Nokia 8.3.

You have a wide and ultra-wide lens, a macro lens, and a depth lens. Performance is generally pretty good. It’s no way near as good as the Nokia 9 PureView or handsets like the Pixel 5 or iPhone 12 Pro/Pro Max. But for this price, you get a lot of tech and pretty solid results.

If you’re just a basic user, someone that takes selfies and random shots that will be uploaded to Instagram and Facebook, the Nokia 8.3’s camera is more than capable. For more advanced users, however, you will find both the macro and depth lenses lacking slightly.

But for this kind of money, that’s always going to be the case. If you want a professional camera experience, you gotta pay the big bucks. Or, get yourself a Pixel 4a…

You know I said the Nokia 8.3 punches well out of its weight where it counts? Well, one area where the Nokia 8.3 excels is battery life. The phone runs on a 4500mAh battery and that, combined with the SD765G CPU, equates to one to two days of battery life between charges.

If battery life is something that is important to you, the Nokia 8.3 – even with 5G connectivity – has it in spades. And if that wasn’t enough, the Nokia 8.3 has more antennas than any other phone on the market, so it’ll connect faster and have better call quality than most £1000 phones. The antenna spread also makes connecting to 5G a lot faster and more reliable.