Tinder isn’t the only way to use your iPhone or Android phone to meet other singletons, here’s a selection of the #1 Best Tinder alternatives as of right now

Chances are you’ve probably heard of Tinder, the mobile dating app that’s become so huge it has changed the way traditional online dating sites approach their mobile presence. Not only that, but it has had a bit of an impact on language and culture with terms like “swipe left” having a new meaning, and the emergence of “Tinderellas” and “Tinderfellas”.

Pretty much everyone who is single seems to use it, and even a few people who are not. While we’re sure the intentions of the developers were noble, the app started off as something of a fast hook-up network, but when the wider public caught wind of how fast, easy, and unobtrusive it is to use for just meeting new people generally, it changed into something that spans the whole range; from quick trists to proper relationships, Tinder has the lot.

But maybe Tinder isn’t for you? Maybe you’ve tried it and found it wanting? Well due to the success of Tinder there are a lot of developers quickly programming alternatives, and several of them are pretty damn good. We have a feature comparing the biggest three dating apps at present – Tinder vs. Happn vs. OkCupid –– See How The Big Boys Compare – which details each app’s overall features set, payment schemes and generally how the three most popular dating apps work in everyday practice. 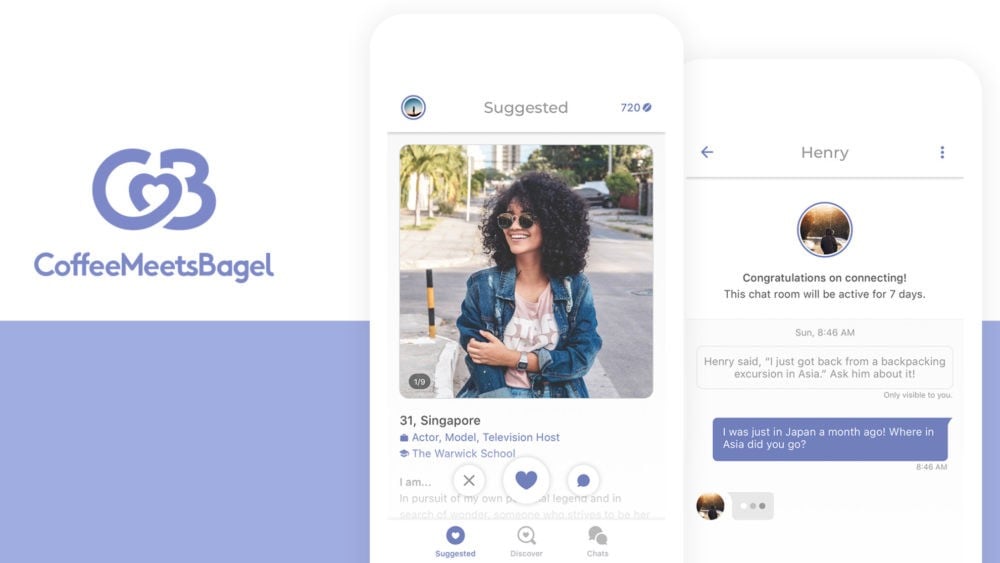 This is a REALLY interesting concept. Designed by three sisters, all of whom are still actively looking for the one, Coffee Meets Bagel aims to make dating easier, far less creepy and a lot more rewarding. The service, which is now LIVE in the UK, promises to place quality in front of quantity –– something no other service, save for Hinge, has set out to do.

Coffee Meets Bagel is A LOT slower paced than Tinder, Bumble and OK Cupid, however, so serial swipers and those that take a more US foreign policy approach (read: carpet bombing) to online dating, be warned, this might not be the application for you. But, saying that, you know what they say about patience: it’s a virtue — plus, good things apparently come to those who wait too, so maybe this is a good thing after all? One of the more polished setups, OK Cupid has TONS of users regardless of where you are in the world. London. New York. Barcelona. Lisbon –– OK Cupid is seemingly everywhere. It’s also jam-packed with features and the mobile app, which features a Tinder-style Quick Match, is excellently put together.

As it stands, this application –– at least in the opinion of KYM’s dating experts –– is one of the best in the business. There’s a huge variety of users, so everybody should be able to find somebody on it. The website is pretty decent too, and if you upgrade your profile you get access to a bunch of unique features like being able to see who likes you and anonymous browsing.

If you’re bored of Tinder, you’ll definitely want to check OK Cupid out. Or, LoveStruck – which is new but definitely worth a looksie! 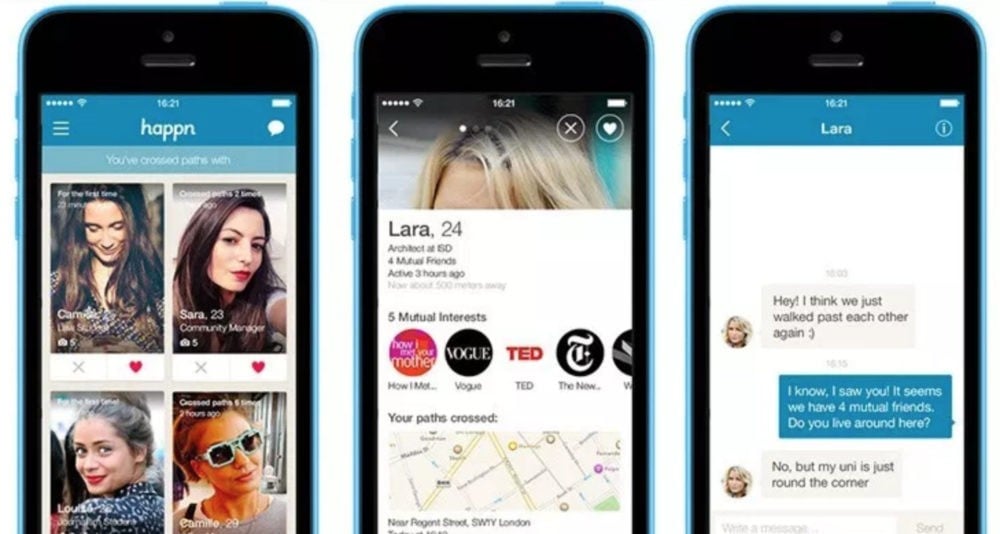 Happn works in a similar way to Tinder. If you like someone you can press on the heart button and if the feeling isn’t mutual, they’ll never know. The twist with Happn is it only includes potentials that you’ve been near recently. If you’ve walked past someone in the street you can then flick the heart button and you can start to chat with them. It’s finally a solution to the Sliding Doors problem. 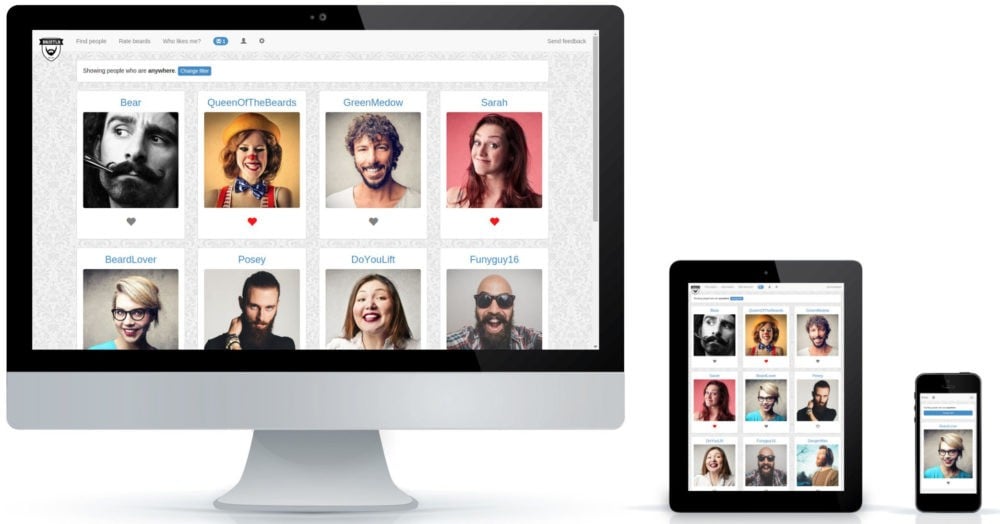 Bristlr is a new dating service for bearded men and the women who like them. Much like Tinder, you flick through your potential matches giving a yes or no based on their looks and if you both say yes, it’ll match you up for a chat. From there you can decide whether you want to meet up for a date and maybe a little beard stroking. The only prerequisite is that if you’re a man, you must have a beard. Women can join the dating app as well but all the men on board Bristlr are going to have beards so you better be into your facial fuzz.

The promotional section of Bristlr’s website reads, “Instead of asking if you’re single or taken, or looking for men or women, Bristlr simply asks you if you have a beard. You can find people near you who either have beards or are looking to meet people with beards. Bristlr also provides a beard-rating option, so you can find out how well a potential date’s beard ranks compared to other bearded locals.”

The service was created by software developer John Kershaw. The 28-year-old from Manchester said he came up with the idea “as a joke” but it seems like it may be taking off further than he expected. 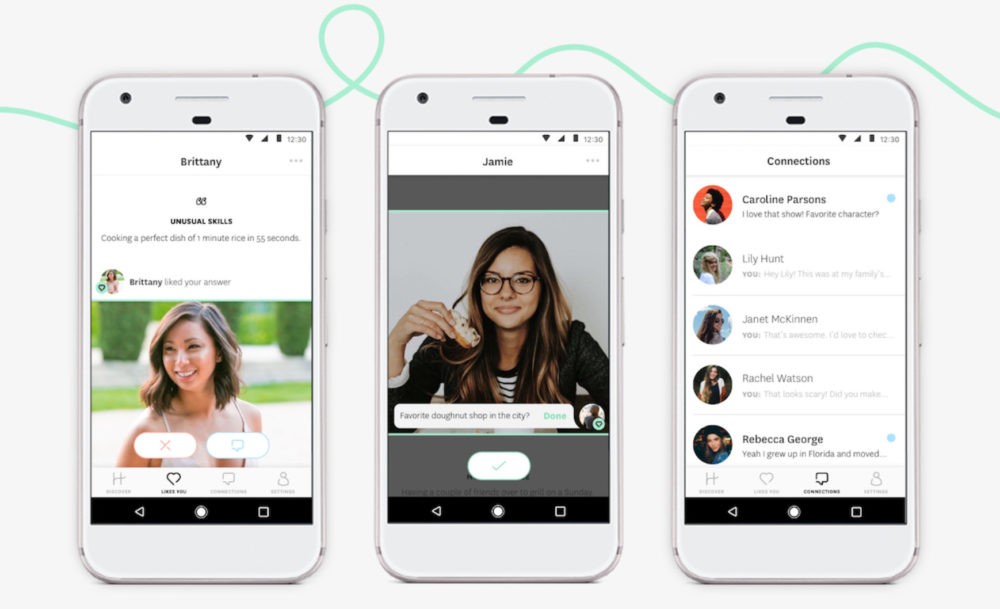 Hinge calls itself the “anti-Tinder”. Instead of letting you cast the net wide and potentially drag in a few weirdos alongside the good catches, Hinge keeps it a little more reserved. It’s a great app for those who are looking for meaningful relationships. You answer three questions about yourself and post a few pics and personal metrics (age, height, etc) and your Hinge profile is created. The questions you’ve answered allow others to see how you’ve replied and set up the initial conversation to be a little more meaningful. A nice feature of the app is also that you don’t “like” an entire profile–you simply heart one of the profile’s pictures or answers and add an associated comment. This helps to get the initial conversation rolling. 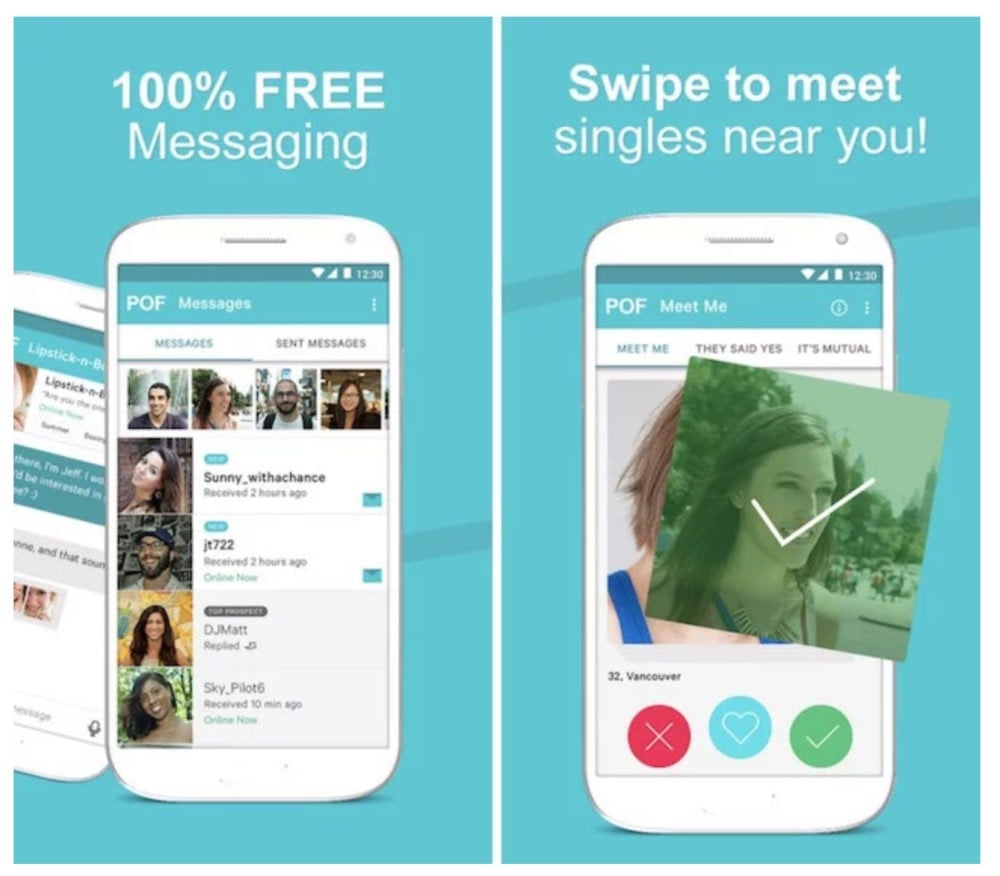 If you’re an old hand at the online dating game, the likelihood is you’ve heard of Plenty Of Fish. With over 70 million active members POF is guaranteed to be the biggest ocean with the most potential catches in it.

Head onto POF if you want to cast the net wide into the biggest ever virtual pond. 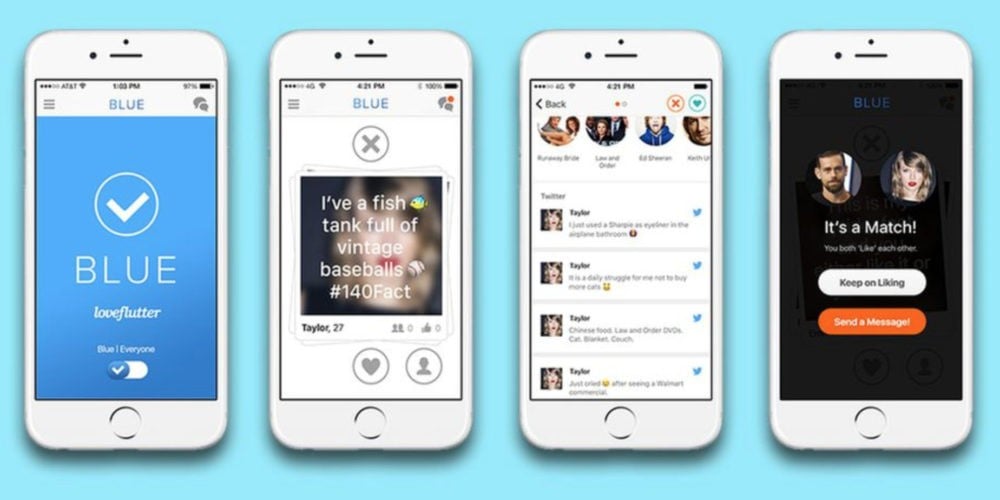 Have you ever thought about what would happen if someone came along and combined Tinder and Twitter? No…? Neither had we, but it is actually a good idea.

Loveflutter is the quirky version of Tinder you’ve been looking for. Instead of displaying someone’s full photo, the app blurs the first image and you get to read a 140-character profile from them.

The aim is for you to connect personalities before you judge them on their looks. Once you read the message and secretly like them, if they like you back you’ll then be greeted with a full selection of their photos and you can be as judgemental as you’d like. 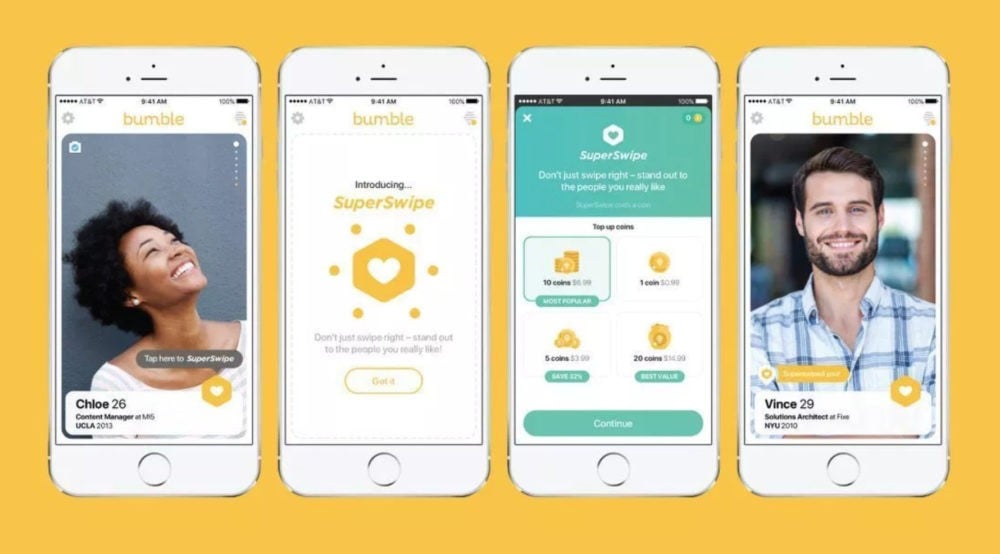 This is the app that could be considered the “anti-Tinder”. Matter of fact, it was created by a female employee after she left Tinder. Like Tinder, the app has the familiar swipe right/swipe left interface, with matches being able to send messages to each other. The catch is that even when a man matches with a woman, the woman has to initiate the first message. This helps put women in the driving seat. But there is another catch. A woman must send the first message to her match in 24 hours or else that match disappears and she loses the ability to contact him unless they match again. This is one of the most popular dating apps with women–so men should take note. 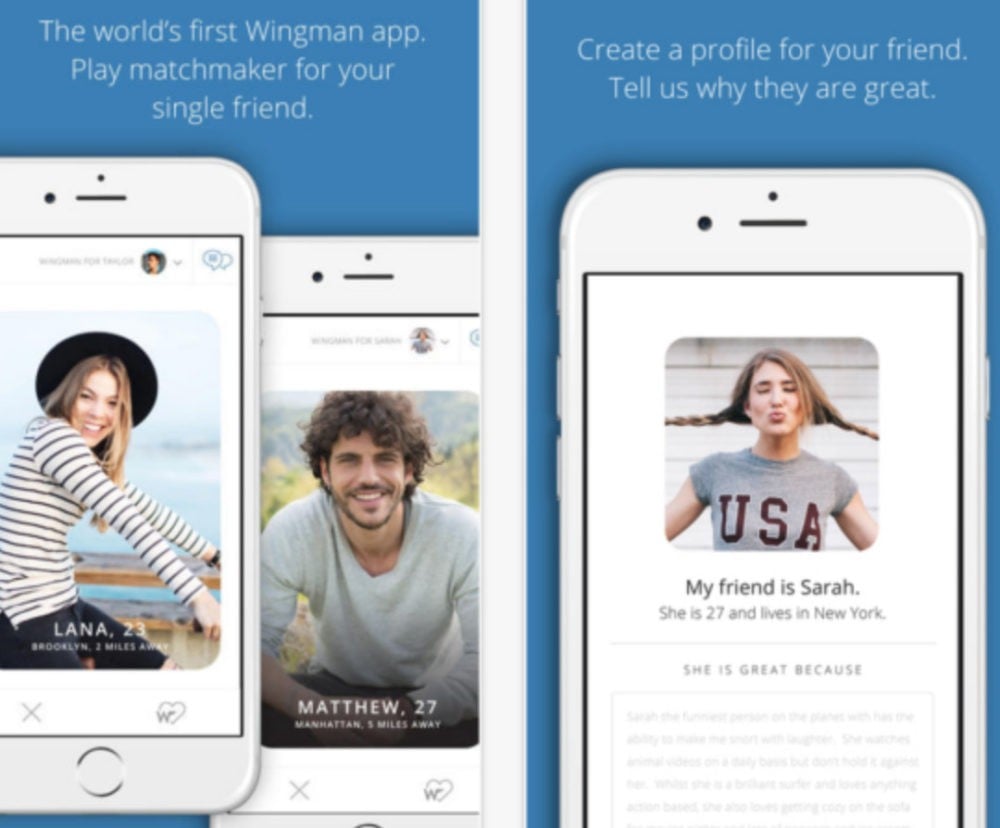 This app isn’t a dating app in the traditional sense. That’s because the app allows your friends to set you up with the people they deem appropriate. In that way, it can be considered more of a matchmaking app. Matter of fact, you can’t even create a profile of yourself–it’s all up to your wingman or wingwoman to do that for you. As the focus of this app is finding your friends a relationship, it’s not an app for people who are just helping their friends try to hit it and quit it.

A unique take on dating apps come in the form of Double. This app, as its name suggests, this app sets people up on double dates. Two friends create a joint profile and then they match with other friends who have created a joint profile. If everyone likes each other, they all meet for a double date. Besides its unique approach to dating, the app also boasts a layer of real-life security: you never need to go meet a stranger alone. 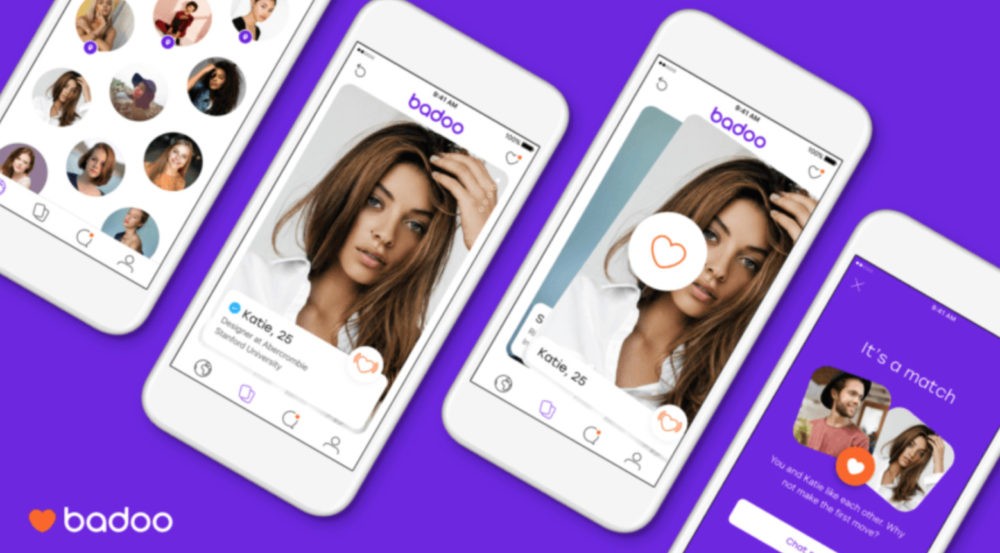 Are you in love with a celebrity? Well, I have bad news for you: you’ll never be with them. However, that doesn’t mean you can’t be with someone who looks like them. If you use Badoo, that is. The app uses facial recognition technology and machine learning to match you with people who look like your favorite stars. Does Tom Cruise turn you on? Or Jennifer Lawrence? Just tell the app that and you’ll be matched with their lookalikes.

What About Premium Alternatives To Tinder?

If you want to ensure that you’re not going to be meeting and dodgy characters on your dating adventures, going for a paid-option is highly advisable. Why? Simple: because scammers and scum-bags, generally speaking, don’t like paying for things – especially dating services.

eHarmony is one of the most well-respected and safe dating apps on the planet. You can run eHarmony on your iPhone, Android phone, or desktop computer via a browser. The UX is beautiful and the features you get access to are great for finding potential dates.

“Our Compatibility Matching System makes online dating easy,” says eHarmony. “But this isn’t about us – it’s all about YOU. We concentrate on the things that really matter to you – like humor, intelligence, and values – to ensure all your dates are the ‘can’t get you out of my mind’ kind.”

eHarmony is one of the most well-respected and safe dating apps on the planet; if you value your privacy and are serious about meeting someone, you should 100% check eHarmony out

eHarmony works in a kind of different fashion to other dating apps; it’s a slower, more focussed process that centers around your personality and lifestyle – not just looks. And this, for many, is the issue with Tinder and other dating apps. You might like the look of someone, but if your personalities don’t match up, well… it’s never going to work.

This is what sets eHarmony apart from the crowd; its interest/personality-oriented algorithm works on your behalf to ONLY find matches that are suitable for you. Everything else is set aside. All of this information is collated via questionnaires that help eHarmony build an understanding of exactly what you’re looking for.

Another reason to use eHarmony? It’s great for older people looking to get back into dating. Whereas Tinder and many of its peers are geared towards young people, eHarmony has options for all age groups, which is a really nice touch.

You also have dating apps like SilverSingles which is focussed solely on dating for over 50s.

If you’re interested in eHarmony, you can sign-up for a profile here – out of all the options on this list, eHarmony is probably your safest bet if you’re after a serious, adult relationship.