iPhones with notches don’t show battery percentages in the menu bar. Here’s what to do…

Wondering how to see your iPhone battery percentage? That means you probably own an iPhone with Face ID. How do I know that? Because iPhones with Face ID have the notch where the biometric system’s camera and other components are housed. That notch cuts the menu bar down the middle, blocking most of it.

That means the iPhone’s notch leaves less room for menu bar items to be displayed. So what Apple did as far as the battery status is concerned, the company removed the numerical percentage readout and just left the battery icon in the top left corner.

Why The Battery Icon Is A Problem

The iPhone’s battery icon in the menu bar still can give you some useful information regarding your battery levels. For example, it shows the level of the battery charge left. Though the icon is tiny, you can at least guesstimate how much battery is left by looking where the level stands.

Also, the battery icon will be white if you have a lot of charge left and red if you are down to less than 20% charge left. It’ll also be yellow if you put your iPhone into low power mode.

But still, the icon itself makes it much harder to judge the exact level of battery power left than the old way–when the icon and a numerical battery percentage were displayed in the menu bar.

Can You Get The Numerical Battery Percentage Back In The Menu Bar?

Many people hope to find some way to make the menu bar show the numerical battery percentage on an iPhone again. But as we’ve said, if you have an iPhone with Face ID, such as the iPhone 11, iPhone 12, or iPhone 13, you can’t do this. The new iPhone SE still displays the battery percentage in the menu bar because it has no notch–opting for Touch ID instead of Face ID.

However, Face ID iPhones are not barred from seeing a numerical battery charge percentage. Here are three ways to view it…

The quickest way to see the iPhone numerical battery charge percentage back on your iPhone with Face ID is to simply pull down Control Center. Control Center is the shortcut menu that contains quick access to controls such as Wi-Fi, Bluetooth, volume, brightness, and more.

But when Control Center shows, it also shows many of the menu bar elements that were on the iPhone before the notch got in the way – including the numerical battery charge percentage.

This will bring up Control Center and you will see the numerical battery charge percentage right in front of the battery icon.

#2 Use The Battery Widget

iOS supports home screen widgets – basically graphical representations of data that lives on your phones. One of the best widgets is the Battery widget made by Apple. This widget display not just your iPhone battery level, but the level of many of your connected Apple accessories, such as AirPods.

Apple includes three versions of the Battery widget built into iOS, but only two of them show the numerical battery charge percentage. Here’s how to access them:

#3 Plug Your iPhone Into A Charger

And check out How To Add One App to More Than One iPhone Home Screen! And take a look at 4 Ways To Get Your Apple Watch To Stay Charged For Longer! 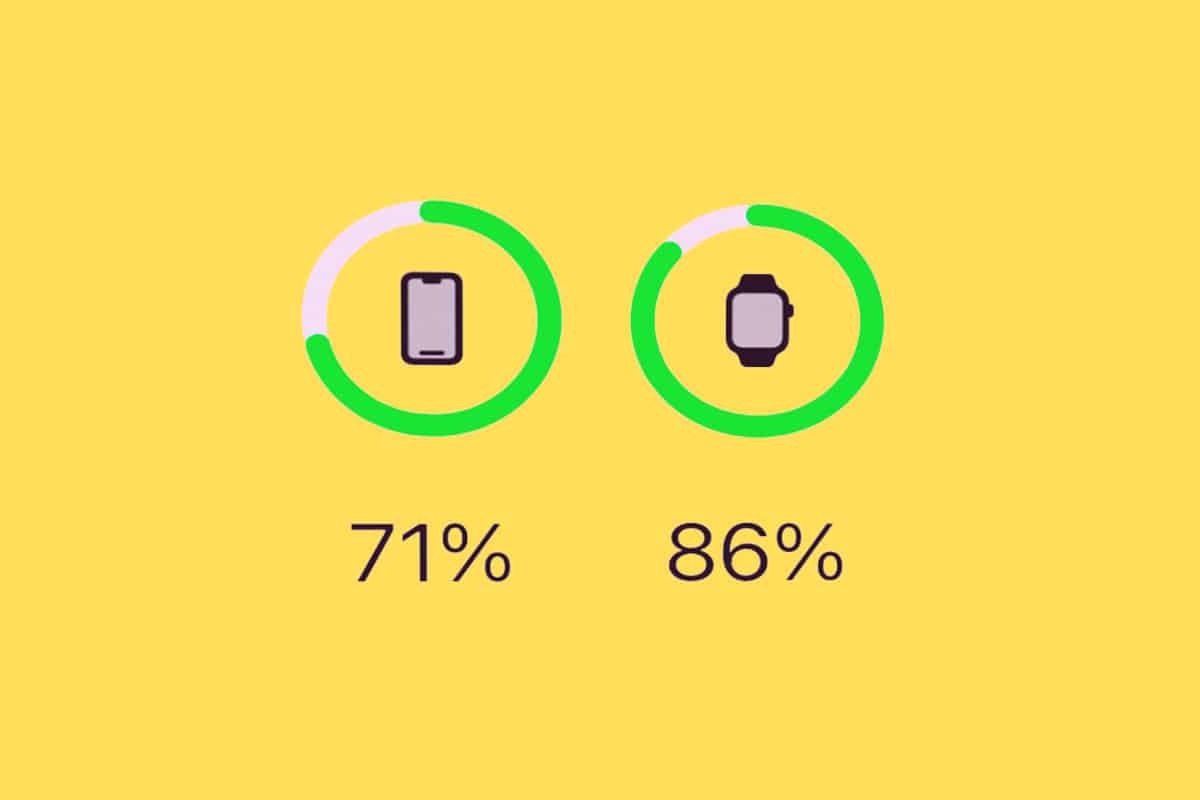