If you’re after a 4in iPhone, there’s only one game in town: the iPhone SE. But is it worth picking one up unlocked in 2020? Let’s investigate…

Small iPhones are dead. The advent of the iPhone 6 – and all subsequent releases from Apple – saw to that for the most part. The iPhone SE came out in March 2016 and in all likelihood is the last 4in iPhone we’ll ever see. Yes, there are plenty of rumors about the iPhone SE 2 coming out in 2020. But right now they’re just that: rumors.

The plucky 4in iPhone SE was wildly popular, though, selling in large numbers both in the USA and UK. During 2016/17, the iPhone SE accounted for around 9% of Apple’s iPhone sales in the UK – a pretty substantial number. And even today, search volume (via Google Trends) shows that the iPhone SE is still popular – and has been for the past five years…

The idea of a low price tag and a 4in display on an iPhone is tantalising to be sure, but what are the actual PROS and CONS of buying and running an unlocked iPhone SE in 2020? As someone that actually owns an iPhone SE, I can tell you that the iPhone SE, even now, is no slouch. And this is testament to Apple’s A-Series chipset (the SE runs the A9, FYI) which seems like it can run, trouble-free for years at a time. 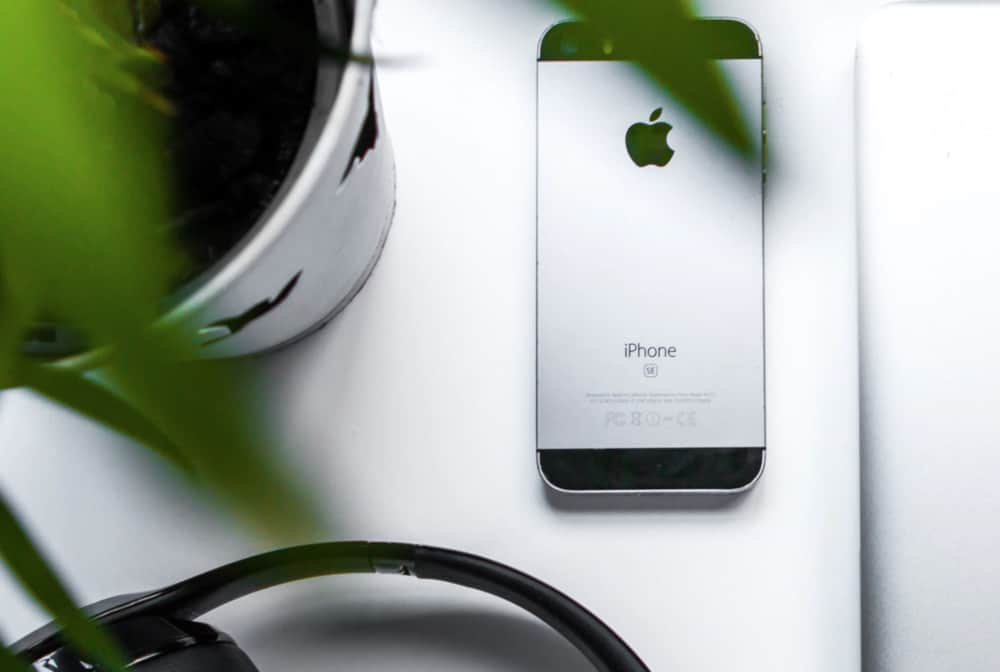 Even today, six years after the release of the iPhone 6, the first “big” iPhone range, people are still banging on about the good ‘ol 4in days when they had a headphone jack and could use their phone comfortably with one hand. In this respect, the iPhone SE scratches a very common itch among modern technology users. It has a 4in display, it has TouchID, it just got updated to iOS 13, and it has a headphone jack. All these things combined are the #1 reason why thousands of iPhone SE handsets are sold every day via Amazon (that and how cheap they are now).

People just love that small form-factor. And I get it; the iPhone SE, even today, still looks great with its classic iPhone styling and TouchID-enabled home button.

As noted earlier, I actually own an iPhone SE. I tend to use it when I don’t have a test phone on the go. This is a rare occurrence but it does happen every now and then. And every time it does, I’m always surprised by just how good the iPhone SE performs. I mean, it’s a five-year-old phone and it still functions great. Mine’s the pink model as well, and I think it looks great. Even today. I guess I’m just another sucker for Apple’s classic iPhone design.

If you’re just after a phone for email, web browsing, social media, and calls and IM, the iPhone SE is still a solid option from a performance perspective. It’s nowhere near as powerful as Apple’s newer iPhones like the iPhone 7 Plus or the iPhone X, but it still has plenty of chops under the hood and is more than enough for basic usage.

The other attractive thing about the iPhone SE is its price – it’s now very cheap. You can pick up an unlocked iPhone SE via Amazon for $134. This is the 32GB model, however, and that might not be enough storage for you. Instead, pay a little extra ($195) and get the 128GB model. When it comes to storage, it’s always better to have more and not need it – trust me, there’s nothing worse than an iPhone with full storage. It’s just the worst. You have to delete apps and photos or pay for extra iCloud storage. For this reason, DO NOT cheap out on storage – get the 128GB model (it’ll pay dividends in the long run).

To everybody’s surprise, the iPhone SE did get iOS 13 which brought it up to date with Apple’s latest iPhones, the iPhone 11 range. Prior to the release of iOS 13, many thought the iPhone SE – like the iPhone 5/5s before it – had reached the end of its iOS support life cycle. But, no, iOS 13 came and it was available for the iPhone SE. 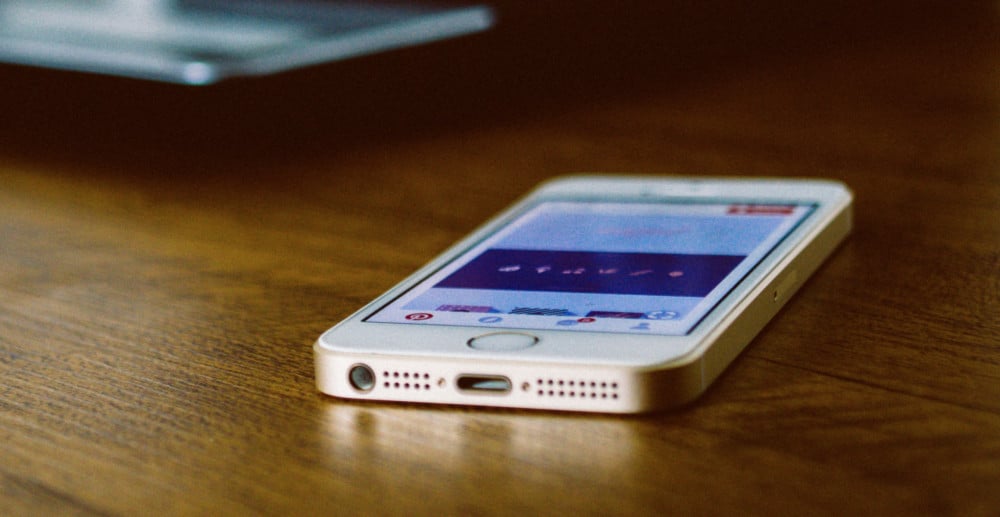 This is great news for anyone looking at picking up an iPhone SE in 2020. You’ll be up and running on the latest build of Apple’s iOS platform. The only potential downside is when we start talking about iOS 14, which lands later on in 2020 alongside the iPhone 12 (AKA the 5G iPhone). Will the iPhone SE get iOS 14? I’m not sure, to be honest. The fact that most people didn’t believe the iPhone SE would get iOS 13 doesn’t make me particularly hopeful. Plus, Apple only tends to support its hardware for five-to-six years and the iPhone SE is now well into its sixth year…

I mentioned earlier that I own and occasionally use an iPhone SE. As someone that tends to use large phones, switching to the iPhone SE for a month or two is always pretty novel. Adjusting to its teeny size usually takes a day or two, and then the usual thought patterns start: I wish Apple would release a new 4in iPhone; I get it now, I get it why so many people like 4in iPhones…

The thing that ALWAYS impresses me the most, though, is the iPhone SE’s A9 chipset and, more specifically, how it can totally hold its own in 2020. As I said earlier, the A9 pales in comparison to Apple’s newer iPhones. But for basic, normal stuff (web browsing, email, IM, social media) it isn’t just fine, it’s actually brilliant. My iPhone SE is six years old and it is still, I reckon, about 90% functional.

I don’t notice any lag when it boots, apps load quickly, the keyboard is as responsive as ever, and the screen, though tiny by today’s standards, is still good enough for 99.9% of things you want to do on your phone – and, yes, that includes watching YouTube videos too. For me, this is the most impressive thing about the iPhone SE. How can a phone that is this old still perform so well? It’s basically black magic.

The iPhone SE is available in a range of storage options, from 32GB to 128GB, and my advice to you would be this: GET THE 128GB MODEL. Limiting yourself to meager amounts of storage (32GB or less) is a recipe for disaster that’ll create plenty of headaches in the not too distant future, as you begin loading up your new iPhone with apps and content.

Do not be suckered in by how cheap the 32GB iPhone SE models are; get a 128GB model or a 64GB one. Anything less just isn’t fit for purpose in 2020. Not if you take a lot of photos and videos, are active in WhatsApp groups, and like running lots of applications on your phone. Most will be able to get away with 64GB, but I would always opt for the 128GB model. This gives you room to grow and plenty of additional space, should you need it.

#6) The Front Facing Camera is Rubbish

If you’re a photo buff, the iPhone SE’s camera is perhaps the most disappointing element of the phone. It has a 12MP rear shooter and a depressingly bad 1.2MP camera on the front for selfies and video calling.

The 12MP rear camera is passable, it’s just not very good when compared to even the most basic of modern Android phones. Compared to the iPhone 11’s, the iPhone SE’s camera is awful – but that’s kind of a given, seeing as the iPhone SE is now about 100 years old in phone-years.

Bottom line? If camera performance is what you’re after you will have to go with a newer iPhone model. Either the iPhone 11 or, if you want something cheaper, the iPhone 8 Plus – it has a dual-lens camera but sadly it is not a 4in phone.

The iPhone SE uses a 1624mAh battery and, yes, you are correct: that is a very small battery. To put that into context, the iPhone 11 runs a 3110mAh. What more? The iPhone 11 Pro Max runs a 3969mAh battery. And battery size does make a difference to battery performance. Like most things in life, when it comes to batteries, bigger is always better. 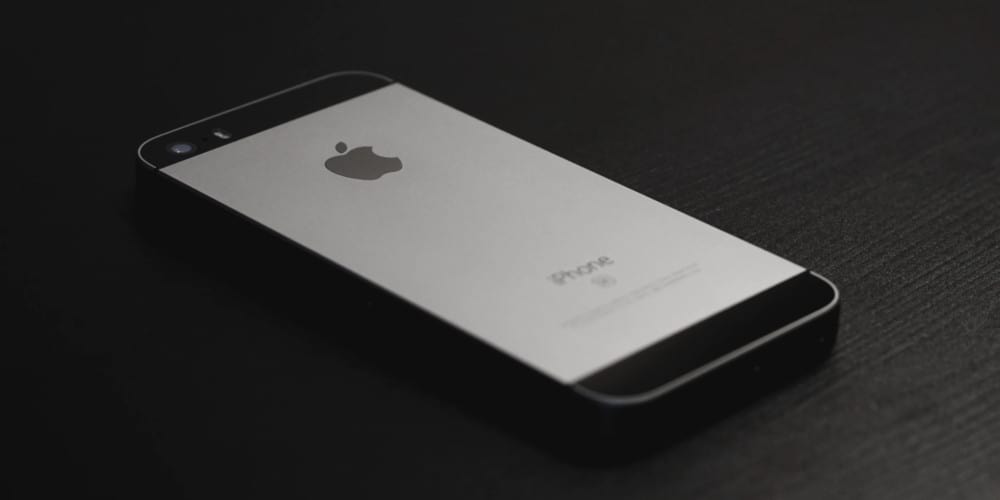 But if you’re anything like me, and you forget to do this, you will almost certainly find yourself running out of battery life at the most inopportune times – like when you need an uber at 3 am in the morning. For me, this is the biggest downside to using the iPhone SE.

You get used to how good phone batteries are now and forget how bad they used to be. With my current phone, the Pixel 3a XL, I can get 1.5 to 2 days of usage from a single charge, so I never have to worry about it running out of juice – even if I’m out after work and didn’t charge it during the day. I know it will last well into the next day.

With normal usage, the iPhone SE – from a single charge – will usually make to around 8/9 PM. For this reason, if you know you’re going out after work it is essential that you get into the habit of topping up the iPhone SE throughout the day. An optimal time would be around 3/4 PM. And make sure you charge it to 100%.

Still, though, $195 for the 128GB iPhone SE is still great value, especially if you want a 4in iPhone. If you do get this phone, just keep in mind that you’ll need to stay on top of your charging. If you can do this, and you don’t mind not having the greatest camera, you’ll be fine with the iPhone SE.