Apple has a patent for bringing reverse wireless charging to iPhone, MacBook, and Apple Watch – and this is how it’ll work…

Between now and 2021, one feature that will become more and more popular is reverse wireless charging, whereby the battery of one device, say a phone, can be shared with another product, your earbuds, for instance.

According to an Apple patent, Apple’s reverse wireless charging will involve all of its major product lines – so, Mac, iPhone, Apple Watch, and presumably its AirPods and iPads. The patent in question even has a diagram of an iPhone and Apple Watch being charged on a MacBook, using the space on either side of the trackpad. 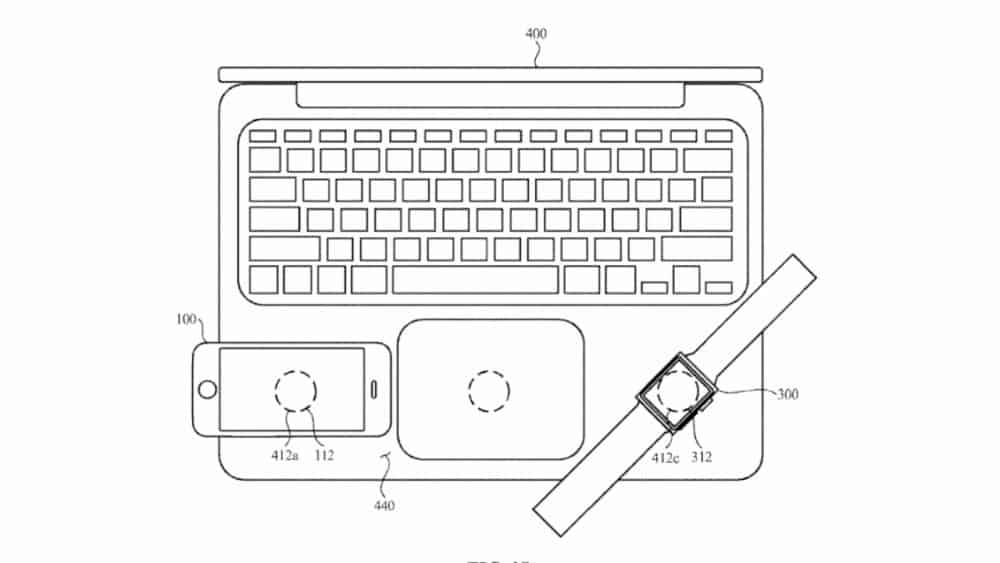 Given the sheer number of Android phones that now support reverse wireless charging, plus the fact that Apple has an ecosystem that would massively benefit from it, it makes a pretty solid case for this technology appearing inside the iPhone 12 later on this year.

After this, we’ll likely see the feature added to future AirPods updates, iPads, and incoming MacBooks and Apple Watch releases. If the iPhone 12 ships with this, we could be looking at full reverse wireless charging for Apple’s main product line by the close of 2021 – and that would include some MacBook lines too.