Don’t know which Android phone to buy in 2020? Worry not, because we’ve listed the BEST phones you can buy right now! And they’re ALL iPhone KILLERS…

What Is The Best Android Phone on The Market Right Now?

Before we get to the list, I want to offer my 2¢ on the best Android phone.

Right now, pound for pound, the OnePlus 8 Pro is currently our #1 most recommended Android phone. This phone is a flagship, so you’ll have to be prepared to pay flagship prices. But WHAT a phone you’re getting! This thing is a freaking monster whichever way you slice it.

The OnePlus 8 Pro is expensive. But it ticks all the right boxes when it comes to what a flagship Android phone should look and function like in 2020. You have incredible design, an amazing camera, masses of power, and insane battery life. Oh, and the software? It’s so good, we think even Google could learn a few things from OnePlus in this regard. A damn-near perfect phone!

You have killer design, one of the best OLED displays in the business, a stunning camera, and the best looking Android software available inside the Android space – save for inside Google’s Pixel phones.

Or, if you want something cheaper, go with the Pixel 4a – it is utterly fantastic. I’ve been using mine for several months now and it hasn’t missed a beat. The new design is great, the camera is better than ever, and the battery life is incredible. For me, it’s all the phone I need! 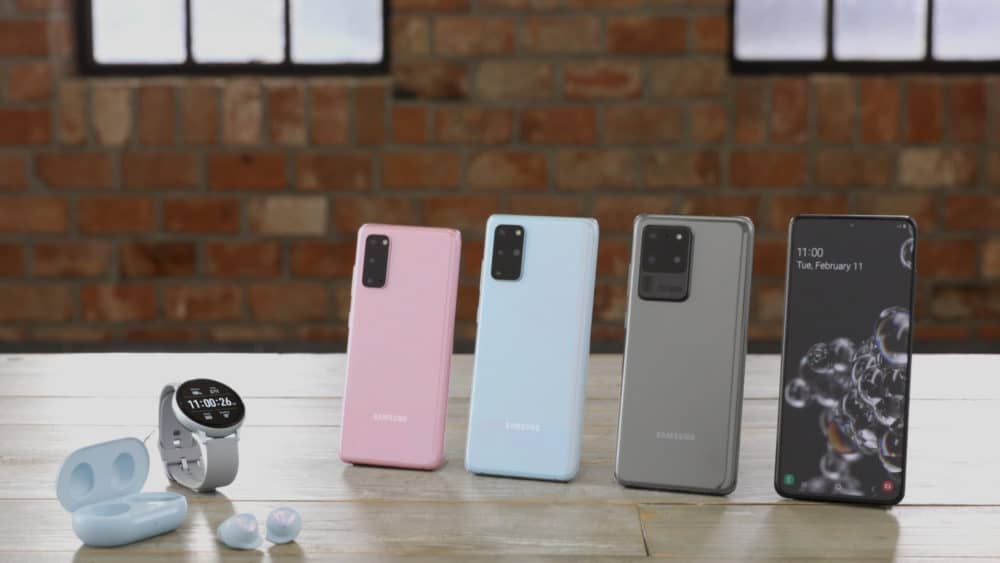 Samsung Galaxy S20 Plus Pros (Why You’d Buy It)

The Samsung Galaxy S20 Plus is a premium phone to be sure. It packs in a ton of bleeding-edge specs and hardware but, importantly, it is about $200/£200 cheaper than the S20 Ultra model. You get the same quad-lens camera on the rear, the same rapid-CPU, the same amount of RAM and storage, and it looks and feels just as premium.

The Samsung Galaxy S20 Plus’ display, a 6.7in 120Hz OLED panel, is positively stunning to behold. You get support for 5G too, thanks to Qualcomm’s Snapdragon 865 chipset, as well as a 4500mAh battery that’ll provide all-day performance, even with heavy use. For me, the Samsung Galaxy S20 Plus is the perfect Android phone. And while it is pricey, you do get A LOT of phone for your money.

And because you can get 5G with it, you’re essentially future-proofed for the next several years. The potent specs – basically overkill at this point – will provide solid performance for years to come, so if you do splurge out on this phone, you can rest assured that you will be able to use it for years to come.

The Samsung Galaxy Note 10 is more or less the pinnacle of Samsung’s mobile output year-after-year. Launching a few months after the Galaxy S release, its Galaxy Note range has gone on to become the company’s unofficial flagship phone. And with good reason too.

The Samsung Galaxy Note 10 is, perhaps, the best overall Android phone on the market right now – from design to overall performance and specs. Nothing else can really match Samsung’s Note 10 range. It’s a stunning looking phone with a great camera and one of the best OLED panels in the business.

On top of this, you have excellent software, a super-useful stylus in the form of the ever-evolving S-Pen, and bleeding-edge specs that drive the performance of the phone off into the stratosphere. I like the Galaxy S10, it’s a great phone, but the Galaxy Note 10 is like an RS version (if you know your cars, specifically Audi ones). And that, for me, makes this phone very special.

If you want the absolute best of the best, and you don’t mind paying for it, Samsung’s Galaxy Note 10 is just about as good as it gets right now in the Android kingdom.

OnePlus makes very good phones. And it sells them for about 40-50% less than the cost of an iPhone. This is the #1 reason why millions of users (iPhone ones included) have switched over to OnePlus in recent years.

The OnePlus 7T is an utter monster of a phone. It has a huge 6.5in OLED display, 8GB of RAM, Qualcomm’s Snapdragon 855 CPU, and a triple 48MP camera on the rear that is one of the best in the business.

Chuck in blazingly fast performance, killer good looks, and it is easy to see why the OnePlus 7T almost tops our list of the best Android phones money can buy right now. If you like value for money, performance, good looks, and beautiful software, as well as a truly EPIC camera, this is the one to go for.

A slightly cheaper version of Google’s Pixel 3 handset, the Pixel 3a has a plastic body and weaker internal tech, but retains the amazing camera talents of the original.

It’s no exaggeration to say that this is one of the best camera phones money can buy right now; not only does it snap superlative shots in all conditions, it has one of the most impressive low-light shooting modes we’ve seen on any smartphone – and it costs less than half the price of most Android flagships.

If you want premium features but don’t want to break the bank, then this is a solid choice – the lack of water resistance and wireless charging are the only real downsides.

Samsung’s phones are always at the front of the pack each year and 2019 is no exception; the Galaxy S10 is a true world-leader when it comes to smartphone tech and design. The screen uses a ‘hole-punch’ design which means there’s no massive bezel, and the phone is capable of charging other devices, like phones and wireless headphones.

The four-camera setup on the back of the S10 Plus offers astonishingly decent photos, while the cutting-edge Snapdragon 855 chipset keeps things ticking over nicely. All of this is wrapped up in a gorgeous design that combines glass with metal to nice effect. The only downside is that the Galaxy S10 Plus is really quite expensive.

The Huawei P30 Pro is fast becoming one of the most popular phones in 2019. And the reason? It packs in one of the best cameras we’ve ever seen packed inside a phone. It’s a triple-lens setup that features a 40MP main camera alongside an ultra-wide-angle 20MP unit and an 8MP telephoto lens that can handle lossless zoom over hundreds of yards.

But it’s not just a brilliant camera phone. The Huawei P30 Pro also packs in some of the best performance you’re likely to see from an Android phone in 2019/20. It runs Huawei’s immensely powerful Kirin CPU, features 8GB of RAM, and comes with 128GB of storage as standard. This level of spec makes short work of everything – from web browsing to editing images and video.

Bottom line? The Huawei P30 Pro is easily one of the best Android phones money can buy right now – for imaging, for design, for performance. For everything, basically. Oh, and it’s A LOT cheaper than the iPhone 11 Pro Max and Samsung Galaxy S10 Plus.

In a world of $1000+ phones, finding a top Android phone for less than $500 might seem like a challenge. But right now, you actually have a lot of really good options…

I’ve been using the Pixel 3 XL ever since it first launched, earlier in 2018. I love the size of it, I love the software, and, for the asking price and specs inside, I think it is just about the best value Android phone money can buy right now. 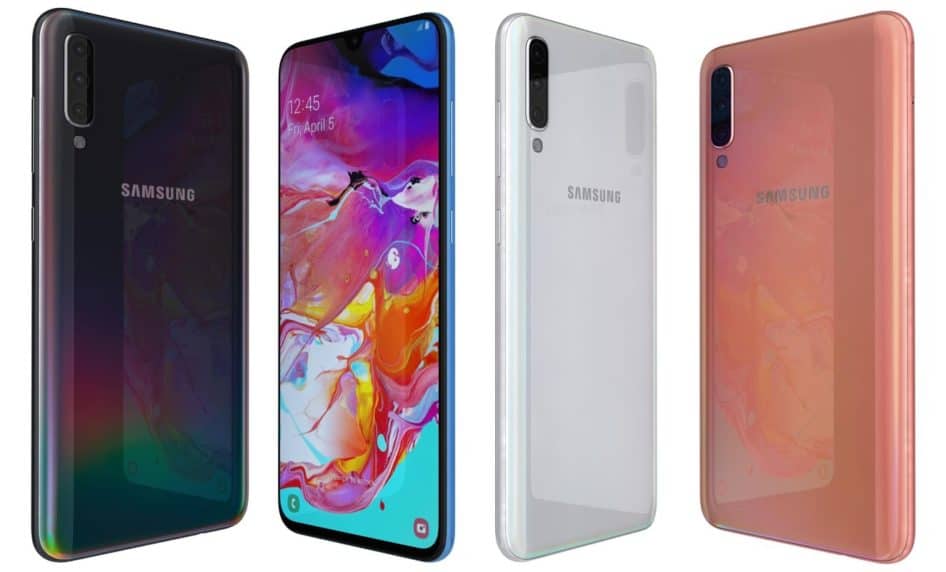 If you want a Samsung phone, but you don’t want to pay Galaxy S10/Galaxy Note 10 money, then the Samsung Galaxy A70 is worth a look. The Galaxy A70 features a triple-lens camera on the rear, a beautiful, expansive AMOLED panel, and packs in some of the best battery life of any phone on this list.

Inside you have Qualcomm’s Snapdragon 675 CPU backed up by 6GB of RAM and this combination will make short work of everything from GPU-intensive games to image and video editing. In fact, it is one of the best performing mid-range Android phones around right now.

But the best thing about the Samsung Galaxy A70 is its price; you can pick one up for less than $400 right now. And that, combined with its good looks, excellent performance, and totally BADASS camera make it one of the #1 Android phones you can buy right now for under $500… 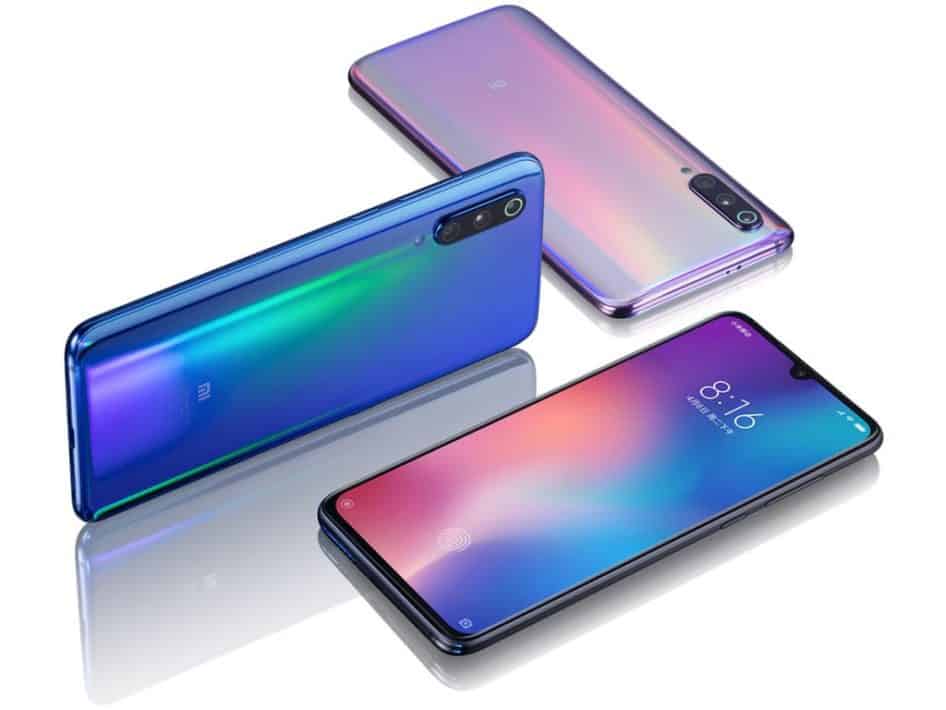 Xiaomi cut its teeth in China making high-end, flagship-grade Android phones and then selling them for next to nothing online and in its stores. It grew rapidly during the past several years and the company has now ventured outside its native China into the US and UK markets. And its latest, the Xiaomi Mi 9 is one hell of an Android phone…

The Xiaomi Mi 9 looks like a flagship phone, it has flagship-grade specs and hardware. The imaging performance is brilliant. And if that wasn’t enough it packs in a stunning 6.39in QHD AMOLED panel, 6GB of RAM, and comes with either 64GB or 128GB of internal storage as standard.

There are many things to love about the Xiaomi Mi 9; its price, its triple-lens camera, it’s face-melting performance. But the key thing to remember is this: in terms of specs, the Xiaomi Mi 9 is more than equal to the Galaxy S10 or Galaxy Note 10, only with this phone, you’ll be paying less than $500 to acquire it…

All the above options have great cameras, but, for me, I think it is the OnePlus 7T that serves up the best overall imaging performance. You have a 48MP sensor backed up by a 5MP sensor that takes care of depth (AKA that bokeh effect everybody loves).

The result? Stunningly realistic images. The OnePlus 6T was impressive in this context, but the OnePlus 7T takes things several steps further, adding in support for things like advanced depth-sensing via its secondary 5MP sensor. The resulting images look more life-like and engaging.

All the phones listed above have great battery life, but the best of the best is the Samsung Galaxy A70. And the reason is simple: it packs in a massive 4500mAh battery that’ll provide a solid 1.5 days’ worth of usage before requiring a top-up. If battery life is your chief concern, the Galaxy A70 is KING in this price bracket.

The best option for reliable, timely Android updates is, of course, the Google Pixel 3a – it’s cheap, it runs the purest version of Android of any phone on this list, and it will get Android 10 and beyond as soon as they’re released by Google.

The phones listed above are solid options. But they all do certain things differently, which you should keep in mind before buying one. The OnePlus 7T, for me, is probably the best overall option for specs and performance, but it isn’t as good as the Pixel 3a for things like timely Android updates.

Conversely, the Samsung Galaxy A70 is brilliant for looks, camera technology, and battery life. But it isn’t quite as powerful as the OnePlus 7 or Xiaomi Mi 9, when it comes to processing performance, as it uses a less powerful CPU. And these are things you need to keep in mind.

Recap of The Best Android Phones You Can Buy Right Now: