Does The Apple Studio Display Come With A Polishing Cloth?

It’s the question everyone is asking…

The Apple Studio Display is the first (relatively) cost-effective monitor Apple has released in years. It’s meant as a companion for the new Mac Studio computer. It also is the first Apple display to feature a built-in welcome and Center Stage support.

What Is Apple’s Polishing Cloth?

We’ve gone deep on this before, but Apple’s Polishing cloth is simply…a cloth you use to clear your Apple displays. Is it better than a regular polishing cloth? We’ll leave that up to you. But it’s certainly more expensive. The Apple Polishing cloth will run you $19.

But hey, if you’re buying an Apple product worth thousands of dollars, what’s an extra $19 bucks. Still, given the price of Apple’s Studio Display, you might expect they would throw in the polishing cloth for free. But is that the case?

We have some good news and bad news for you. The good news is the Apple polishing cloth does come with the Apple Studio Display–but only certain models.

“Nano-texture glass is a great option if you’re in a workspace with bright light sources, like a lot of sunlight. Typical matte displays have a coating added to their surface that scatters light. However, these coatings lower contrast while producing unwanted haze and sparkle. Etched into the glass at the nanometer level, the nano-texture scatters light to further minimize glare — for outstanding image quality even in challenging lighting conditions. The nano-texture glass option comes with a polishing cloth that’s made with soft, nonabrasive material for safe cleaning.”

As the description notes, only the Apple Studio Display with the nano-textured glass includes the polishing cloth.

How Much Is The Apple Studio Display With Nano-Textured Glass?

Adding the nano-textured glass option to the base $1,599 Studio Display will cost you another $300, bringing the total price to $1,899.

But hey, at least you get that polishing cloth.

For what it’s worth, the nano-textured glass option is pretty brilliant to look at. It’s the same option available on Apple’s Pro XDR Display. And considering the entire Studio Display panel, Apple’s been bragging about it pretty heavily, stating: 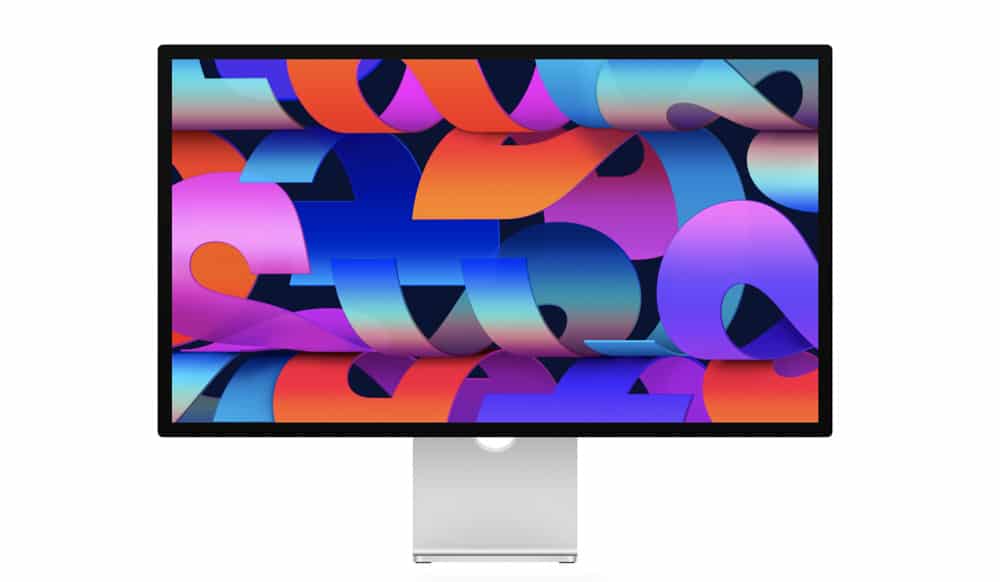