iPhone AirDrop Explained: How To Use It Properly (And Safely)

AirDrop is one of the coolest features you get from being in Apple’s ecosystem. At its most basic, it allows you to send files between your devices–or to your friends, without needing an internet connection. This is a lifesaver if you need to quickly transfer a colleague a file in a place with no internet–like on an airplane. Here’s everything you need to know about iPhone AirDrop, including:

iPhone AirDrop – What Is It?

AirDrop is Apple’s file transfer technology that allows iPhone, iPad, and Mac users to wirelessly send files to other iOS devices or Mac users within 30 feet of each other. AirDrop does not require an internet connection. Instead, it uses Bluetooth and/or Wi-Fi to make a local area connection between two devices so they can transfer files between them – this is why you can use AirDrop to send files to other people even when on a plane or a subway without an internet connection.

AirDrop supports most Apple devices made in the last eight years. For doing AirDrop transfers between iOS devices, you’ll need to make sure you have iOS 7 or later running on the devices you want to AirDrop between. The following devices are supported:

For doing AirDrop transfers between Mac devices, you’ll need to make sure you have Mac OS X 10.7 Lion or later running on the Macs you want to AirDrop between. The following devices are supported:

AirDrop only works between Mac and iOS devices. Have an Android phone? Here’s Everything You Need To Know About Fast Share, Google’s Answer To AirDrop. 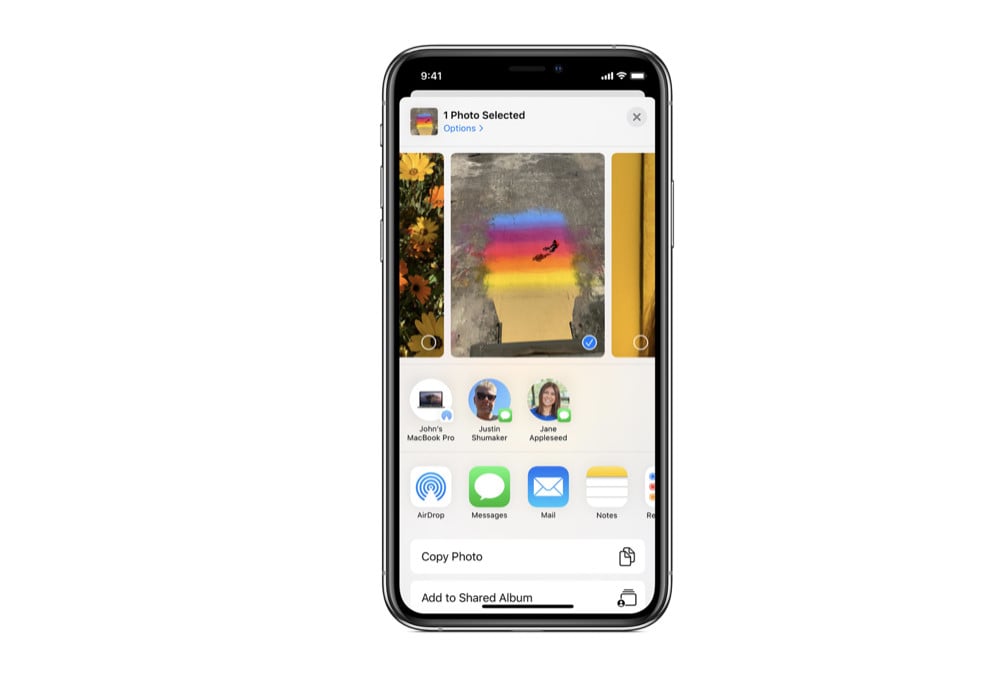 AirDrop: How To Send A File

To use AirDrop to send a file, it couldn’t be any easier.

That’s it, you’re done. Once you or your recipient accepts the incoming file on your Mac or another iOS device, the file will be AirDropped wirelessly.

While AirDrop can be used to download photos from your iPhone to your Mac, there are better ways to do it. Check out How To Download Photos From An iPhone To A Mac to find out how.

AirDrop: How To Receive A File

Once you or someone else has sent a file to your device, it’s easy for you to receive that AirDroped file. Here’s how:

AirDrop: How To Protect Yourself

While the convenience of AirDrop is nice, AirDrop has become a favorite tool of sickos like sexual harassers. It’s popular with them because AirDrop does not tell you the actual name of the person sending you the file–only the name of their device–which they can change to anything. NBC News has both a harrowing and completely horrible story about how harassers are using iOS’ AirDrop technology to send threatening and sexually inappropriate messages to strangers in public.

While a person still needs to accept an AirDrop request to receive the actual file, AirDrop gives the user a preview of the file in the notification message. As you can imagine, this makes it easy for one stranger on a packed subway to send a dick pic to his victim in the same carriage.

“Abigail Mentzer was riding the New York City subway to a doctor’s appointment when she says an AirDrop request popped up on her iPhone. A preview image of the file showed a CD with the handwritten message, ‘Songs I’ll choke you out to while wrecking your uterus.’ Feeling disgusted and threatened, she looked around the train car, wondering who had sent it. Then, three more messages came through, including images of a woman’s bare behind and more offensive language.”

Now, by default, Apple makes sure AirDrop is only set to receive file transfer requests from people in your contacts–so by default you’ll know who an AirDrop transfer is coming from. But sometimes a user may set AirDrop preferences to accept files from “everyone”–which means anyone who is within 30 feet of you. Since the sender is not in your contacts, you’ll only see the name of the device they are sending you the file from.

Setting AirDrop to “everyone” is useful in certain circumstances, such as if you are at a professional convention and you want to quickly exchange work-related files with someone you just met. But as NBC showed, this setting can be abused by perverts.

So to protect yourself from AirDrop harassment you’ll want to set your AirDrop settings to off or only contacts. Here’s how to do that.

How To Change Your AirDrop Settings:

Obviously, “Contacts Only” is the best all-around option.

Looking for more tips? Check out How To Delete All Photos From iPhone – The #1 Way To Save Space On Your iPhone. And check out how to use Google’s Nearby Share!