Apple’s AirTag – what are they, how do they work, and is it worth buying one? Here’s everything you need to know about AirTags in one post…

You don’t tend to hear much about AirTag from Apple itself but the tracking tool gadget is proving to be very popular with consumers. Apple has sold in excess of 21 million AirTags since the product first launched on April 30, 2021.

From locating lost luggage to tracking your pets and kids, there’s a million and one uses for Apple’s AirTag. But if you’re completely new to the product and want to know A) what an AirTag is, B) how they work, and C) what they can be used for, you’re in the right place.

But first, let’s cover off the basics…

Launched on April 30, 2021, Apple’s AirTag was something of a departure from its usual type of product. Designed to sync with Apple’s super-useful Find My app for iPhone/iPad/macOS, AirTags are a really simple product with one core mission: tracking things.

Usually, Apple’s products are multifaceted things that come with myriad features and abilities. AirTag is different. It is a singular product with a singular function: keeping track of and helping you find things. And it isn’t even all that original either.

Prior to AirTag’s release, there were – quite literally – hundreds of similar products on market. And, unlike Apple’s AirTags, the vast majority, meaning basically all of them, are cross-platform compatible too which means they’ll run on both Android and iPhone.

So what makes AirTag unique? In order to answer this question, we need to properly unpack and explain exactly what an AirTag is and how it works inside Apple’s wider ecosystem.

What is an AirTag?

You know what a button looks like, right? Well, that’s kind of what Apple’s AirTag looks like. Only it is slightly bigger and a fair amount smarter than your average button.

Designed to be lightweight and ultra-compact, there isn’t really too much to an AirTag, at least on the surface. All the stuff that makes it work is hermetically sealed inside it – although, unlike most Apple products, you can change the battery.

The exact dimensions of an AirTag is 1.25 x 1.25 x 0.3 inches and it weighs in at just 11g. Apple’s AirTags run on a built-in CR2032 battery that, of course, will need to be replaced once it has run its course. And you can pick up spare CR2032 batteries for next to nothing online.

There’s also a built-in speaker nestled inside each AirTag as well. The speaker is there to create a sound which will help you locate it – or the item it is attached to – when you’re attempting to find a misplaced object or even the AirTag itself.

Each AirTag has a white front and silver back. You can add an engraving to the front of your AirTag as well – either an emoji or a four letter word. You can ONLY choose one type, however, so you cannot have two letters and an emoji. It’s an either-or-kinda-deal. And Apple will not let you use curse words for the engraving either.

If you’re new to the concept of AirTags or you’ve been reading this post and wonder why I keep switching from AirTag to AirTags, you might be wondering what the official name is of this product actually is – is it AirTag or AirTags?

Officially, they’re known as AirTag – just as iPhone is known as iPhone, and iPad as iPad. Apple’s branding is pretty strict in this context: all of the pages and references to AirTags on its site refer to them as AirTag, with the A and T capitalised.

But when I talk about them plurally, either in real life or when writing a post, I will use AirTags as it just makes more sense grammatically. Most people tend to refer to them as AirTags though, as evidenced by search trends in Google and in places like Twitter and Reddit.

The AirTag itself is a very simple device. It runs on Bluetooth and has Apple’s U1 chip inside it. It uses the U1 chip so that it can generate extremely accurate location points which, when combined with Bluetooth, allow it to show up inside your Find My app.

To set up the AirTag, you simply pair it with the device you want to track it on – your iPhone, for instance – using your Apple ID to login and it will start showing up in the Find My app right away.

From here, you’ll be able to track it round the clock until the battery runs out (usually about 12 months).

Your AirTag sends out a secure Bluetooth signal that can be detected by nearby devices in the Find My network. These devices send the location of your AirTag to iCloud — then you can go to the Find My app and see it on a map. The whole process is anonymous and encrypted to protect your privacy.

You can give each of your AirTags a custom name too; you’ll be prompted to do this as soon as you unbox and pair the AirTag with your iPhone. This is done so that, once the AirTag is set up and showing in Find My, you know what it is tracking.

If you run multiple AirTags, having the ability to give them custom names makes your life a lot easier. Otherwise, you’d just have loads of random AirTags showing up in your Find My app. And that’d make life really difficult.

Once you have the AirTag connected, you can then attach it to whatever you want – your bag, you dog, your toddler – and start keeping tabs on its location inside your Find My app on iPhone and other Apple products. Oh, and all of your data location is completely secure.

We’ve covered off the basics about how AirTag works. But what additional features does it have that set it apart from the crowd or other, cross-platform Bluetooth tracking tags?

As it stands, Apple’s AirTags have a bunch of unique features that not only make them preferable to third-party tracking fobs but also a lot more useful if you’re using iPhone. Here’s a complete breakdown:

This price, however, does not include engravings or the accessory required to attach an AirTag to an object – those both cost extra.

What Can AirTags Track?

Because of the design of Apple’s AirTag – it’s lightweight and very small – you can literally track anything you like. And I really do mean anything. People have been using AirTags to track their pets, their kids, and even their musical instruments.

On the latter point, this is something that hits rather close to home for me. I had a really expensive guitar stolen from me a few years back. Had I got an AirTag in its case, I could have tracked it and found the person who stole it. I didn’t, of course, and the guitar was never returned.

To give you a broader idea of what you can use AirTag to track, here’s a list of the most popular items people use AirTags to track:

AirTags have been out and about in the wild now for the best part of 18 months. But how do they function in practice? Are they worth buying? Did they score decent reviews? In order to find out whether an AirTag is worth buying lets now take a look at a cross section of AirTags reviews.

You’ll never lose something in the couch again. Apple’s AirTag ($29) leverages tight iOS integration and the world’s huge network of iOS devices to create Bluetooth trackers that are uncommonly easy to set up, use, and locate—especially compared with Tile, the current giant of the industry. If you have an iPhone or an iPad, the AirTag is a sleek and delightful way to track your lost devices, and that makes it worthy of our Editors’ Choice award for iOS tracking devices.

The Apple AirTags are an invaluable and easy-to-use tool for reuniting you with your misplaced possessions. They’re simple to set up and use, and the Precision Finding feature can help you quickly locate misplaced items. Apple has paid plenty of attention to privacy to ensure the location trackers can’t be misused, too. However, there’s no denying that they’re a costly accessory, especially if you want to attach one to keys or bag straps.

Apple’s AirTag trackers fill a hole in the Find My app with the ease and elegance you’d expect from Apple. It doesn’t reinvent the wheel, but at $29 with ultra-wideband tracking, seamless setup, and free engraving, the AirTag is as close to an impulse buy as you’re going to get for an Apple device.

But if you’re buying an AirTag for its most common use case and plan to add an Apple Leather Key Ring for a bundle price of $64, I’m not sure it’s worth it. The Find My integration is nice and ultra-wideband support is fantastic if you have an iPhone 11 or later.

I’m in a weird position for a reviewer: if you’re looking for a product like this for its intended use case and you live in Apple’s ecosystem, I recommend the AirTag. But I’m also anxious that such a product exists in its current form. Older trackers were one thing—they could take hours to zero-in on someone, and accuracy was often rough. With Apple’s Find My network? As some song lyrics go: No one man should have all that power.

Do AirTags Need To Be Charged?

Apple’s AirTag does not need to be charged. It runs on a removable CR2032 battery that has a battery life of about 12 months.

How Big Are AirTags?

AirTags are small, button-shaped devices. The exact dimensions for an AirTag are as follows: 1.25 x 1.25 x 0.3 inches, and it weighs in at just 11g

How Much Do AirTags Cost? 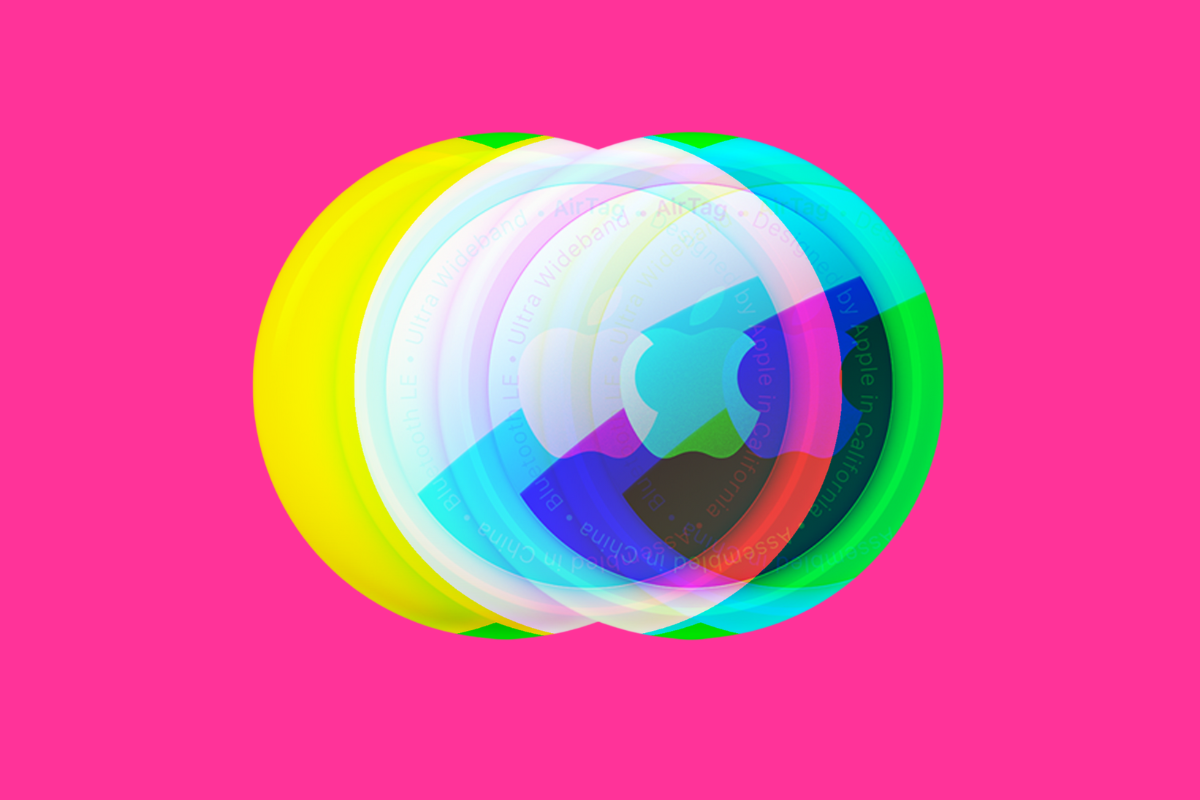