Xfinity Mobile Review: Should You Switch In 2021?

Xfinity Mobile is part of Comcast and the pitch behind the carrier network is simple: if you’re already a Comcast customer, why not move your phone over to Xfinity Mobile?

It’s a good pitch too. In a world where you have almost as much choice with carriers as you do with phones, the clear winners in this hugely competitive market is us, the consumers.

More competition in the carrier space means cheaper data plans and better BYOD (Bring Your Own Device) deals. You have Total Wireless. You have Mint Mobile. And you also have Xfinity Mobile which is Comcast’s Verizon-powered MVNO.

If you want to reduce the cost of your phone plan, get more data for less, and/or consolidate ALL your wireless bills in one place, is Xfinity Mobile a good option? In this review, we’ll cover everything you need to know about Xfinity Mobile.

And by the end, you’ll be in a better position to make a decision…

What is Xfinity Mobile?

Like Mint Mobile or Total Wireless, Xfinity Mobile is an MVNO. An MVNO is essentially a virtual carrier network, one that piggy-backs off a bigger network and uses its infrastructure.

It is also why Verizon just acquired TracFone for $6 billion – it wants a piece of the action.

Launched in 2017, Xfinity Mobile is part of Comcast and the general idea with the carrier is simple: if you already use Comcast services, why not switch your phone plans over to Xfinity Mobile?

The pitch seems to be working too; since 2017, Xfinity Mobile has acquired over 3 million customers. Bizarrely, you can ONLY get Xfinity Mobile if you’re an existing Comcast customer.

In this respect, Xfinity Mobile is VERY different to other MVNO networks like Mint and Total Wireless – it is more exclusive. But if you care with Comcast, it is probably well worth switching to Xfinity Mobile; you can get unlimited data, calls and texts for $45 a month which is a killer deal whichever way you slice it.

How To Get Xfinity Mobile?

This unique approach to running an MVNO carrier, as noted earlier, is completely unheard of in the carrier market. Most MVNO carriers, and carriers in general, just want as many users as possible. Xfinity Mobile does not. Instead, it wants to make its service an exclusive extra for its existing customers.

And when you see some of its deals for data and phones, you might find yourself thinking about switching some of your wireless services to Comcast.

If you’re eligible for Xfinity Mobile, you not only get access to Verizon’s 5G network, as well as its super-fast 4G LTE one, but you’ll also get some of the cheapest data plans around. You also pay NO access fees with Xfinity Mobile, while some carriers charge as much as $20 per line.

Pretty cool, right? Well, there’s more – lots more. But first, let’s take a look at some of the phones that are available via Xfinity Mobile.

Unlike most budget-focussed MVNO carriers, Xfinity Mobile carries all the latest and greatest cellphones – from Apple’s iPhone 12 range to Samsung’s Galaxy S21 line-up. And they’re priced great too.

But Xfinity Mobile doesn’t just carry expensive flagship phones. You also have plenty of budget options too, like the Moto E and Moto G Power which can both be picked up for less than $10 a month. And then there’s Xfinity Mobile’s Pixel 4a 5G deal – it’s available from $10.41 per month.

Basically, when it comes to phones – and overall selection – Xfinity Mobile is very, very competitive. And its prices are very impressive too, some of the best we’ve seen from an MVNO.

> View All The Latest Deals Here

Like any good MVNO network, Xfinity Mobile keeps things relatively simple with its plans. You have several options, including one of the cheapest unlimited data plans on the market. Here’s a breakdown of its core plans:

Xfinity Mobile charges by the GB, when you go over. And it always rounds-up data, so 2.1GB would be 2GB and 3.9GB would be 4GB. However, its plans are fairly straight-forward and cater to all types of user.

If you’re using your phone A LOT and you watch plenty of video, just go with the Unlimited Plan – it’s $45 and with it you’re covered for all eventualities.

If you’re a light user, 3GB might be sufficient. But given that it is only $15 more for unlimited data access, you might as well just pay the extra. If you go over your data allowance, you’ll quickly end up paying way more than $45 a month.

Is Xfinity Mobile’s Unlimited Data truly unlimited? Yes and no. In order to keep things snappy, from a performance perspective, Xfinity Mobile restricts mobile data-loaded video content to 480p, although you can pay an additional $20 a month for full HD access at all times.

Xfinity Mobile’s pricing is OK but it isn’t as cheap (per GB) as some MVNO networks, as you can see in the comparison table below.

Xfinity Mobile does do Family Plans, where you can get all members of your household connected but from a price-perspective it is no way near as competitive as offers from T-Mobile, Total Wireless, and Mint Mobile.

If you want to get your entire family connected, again, I’d be looking at Mint Mobile – it has the best range of options and the cheapest overall plans. But, unlike some MVNO carriers, it does not scrimp on coverage, thanks to the fact that it runs on T-Mobile’s network.

Xfinity Mobile vs Verizon – Which is Better?

Xfinity Mobile runs on Verizon’s network but it isn’t exactly the same. With Xfinity Mobile, the MVNO focuses on powering your data via hotspots if it can which helps not only keep your data costs down but can, in some cases, improve your internet speeds.

And these high-speed hotspots are everywhere, so you don’t need to worry too much about not finding them. I had no idea that there were so many. In my local area alone, there were over 800! And I don’t even live in a city. You also have access to 5G data too, just as you do with Verizon.

Xfinity Mobile’s unlimited plan ($45) is cheaper than Verizon’s ($70) but Verizon is a lot cheaper when it comes to adding more lines. Again, both lose to Mint Mobile in this respect, so if you’re after pure value for money, Mint is currently leading the pack at the moment.

Verizon was one of the first US carriers to embrace and rollout 5G services and because Xfinity Mobile is powered by Verizon’s network, users get access to one of the best 5G networks in the USA.

5G is still in its infancy, so is not available everywhere but Verizon’s coverage is pretty good – as you can see here.

In order to access 5G data via Xfinity Mobile you will, of course, need a 5G phone and, if you want to on its Ultra Wideband 5G network, you will need to go with its bespoke 5G plan for that specific form of 5G data.

When it comes to customer reviews, Xfinity Mobile does not do too well inside Trust Pilot with an average score of 2.2 out of 5. There are only 11 reviews, however, so this perhaps isn’t the best indication of its customer service.

However, of the Xfinity Mobile reviews that there are, none of them are good – and most cite terrible customer experience. I’ve included one particularly scathing review below:

Conversely, Mint Mobile has exceptional customer service reviews with an overall rating of 4.6 our of 5 and, unlike Xfinity Mobile, Mint’s score is based on almost 5000 user reviews.

Xfinity Mobile has some pretty good BYOD deals. The basic option will get you $50 (via a pre-paid card) if you decide to switch over to Xfinity Mobile. That means, if you have an unlocked phone, and you’re an existing Comcast customer, Xfinity Mobile will pay you $50 to switch to its network.

And if you do decide to switch, you’ll have the same option with respect to data plans as normal Xfinity Mobile customers, where you can either pay by the GB or pick a plan with either 1GB, 3GB, 10GB or Unlimited data per month.

Wrapping Up – Is Xfinity Mobile Worth It?

If you’re a current Comcast customer, and you want to consolidate your bills inside one plan, then, yes, Xfinity Mobile is almost certainly worth a look – especially if you’re after single, unlimited data plans.

If you’re looking to get your entire family on a plan, then it might be worth looking elsewhere: both Verizon, Total Wireless, and Mint Mobile offer better family packages than Xfinity Mobile.

Or, if you’re reading this purely from a viewpoint of value for money, my advice would be to go with Mint Mobile. As a carrier, it has exceptional customer reviews – some of the best in the industry – and its prices are brilliant.

I mean, 30 bucks for an unlimited data plan with unlimited calls and texts is amazing value for money whichever way you slice it. 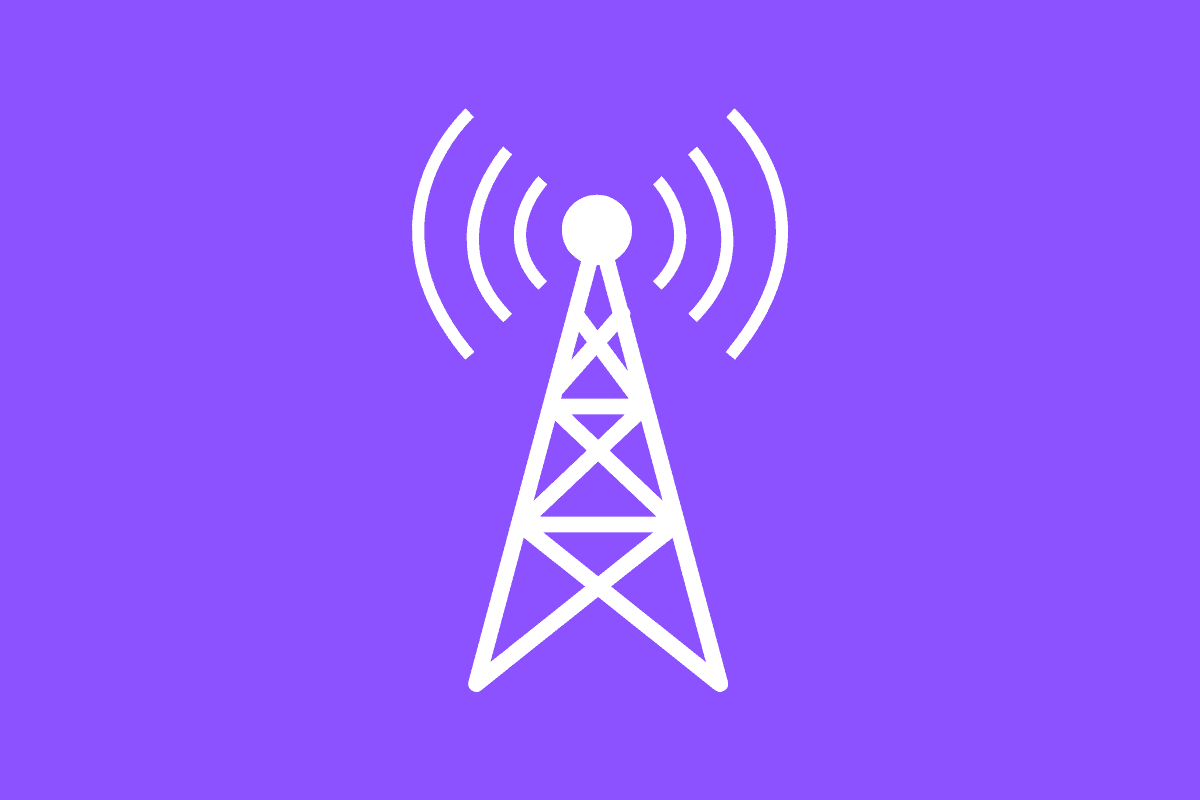