Ting Mobile offers affordable data plans, flexible pay-per-use, the latest phones, and unlimited data packages. But is this MVNO legit? Or are you better off going with the big boys? Let’s investigate…

Ting Mobile is an MVNO carrier; it runs on Verizon and T-Mobile’s infrastructure, so you’re getting insanely good coverage, both for LTE and 5G, just with the added benefit of cheaper plans and data.

Is Ting Mobile Worth It?

First and foremost, when you go with an MVNO like Ting Mobile or Mint Mobile, you’ll notice they keep things nice and simple. There aren’t hundreds of plans and upsells for things like broadband. Instead, you just get a selection of data and call plans.

And with Ting Mobile, you basically have five options when it comes to data and call plans:

The best option for you will depend on how much data you require; personally, I’d never advise anyone to go lower than 12GB a month. 12GB a month of data is the minimum you’ll need to be safe; overage charges are brutal, so you want to avoid them at all costs.

If you’re thinking of switching over to Ting Mobile, the sweet spot, for me personally, would probably be Ting Set 12. This plan gets you 12GB of data per month for $35. That’s fairly decent and should be more than enough for the average user.

Ting Mobile loses ground to Mint Mobile in its pricing; Mint Mobile’s plans, pretty much across the board, are $10 to $15 cheaper per month. And that is pretty significant, especially when Mint’s coverage and speeds are just as good.

What Happens If I Go Over My Data Limits?

Ting Mobile doesn’t charge you for going over your data limits, what it does instead is effectively cut off your internet connection, reducing it to 2G (128Kbps). This means your internet will be too slow to use but core internet-supported features will still run.

If you need more data, you can quickly add more in the Ting Mobile app. Or, just wait until the end of your monthly cycle and your data will be replenished. This is a fairly odd approach; most networks simply inform you that you’ve exceeded your data and then charge you accordingly.

I think I’d prefer the latter; I’d rather know what my limits are and then take any extra charges associated with going over, rather than having a 2G connection for a week or two – that’d just suck.

All of Ting Mobile’s core plans allow for hotspot usage, although how much varies by the plan you take out. If you go with the Ting Set 5, you get 5GB of data; Set 12 gets you 8GB; Unlimited 12GB, and Unlimited Pro 18GB. Not too shabby. I’d prefer unlimited hotspot on the unlimited plans, but them’s the breaks, sadly.

Ting Mobile also offers an additional plan known as Flex; this plan costs $10 a month and you only pay for the data you use, so if you only use 2GB of data that is all you pay for. If you don’t use much data, this plan would easily be the cheapest option of Ting’s plans.

And if you don’t use data, and just want call and text functionality, again, you’d be best off with Ting’s Flex plan. It’ll get you unlimited calls and texts for $10 a month, and if you do need data, it is there for when you want it.

Is Ting Mobile Coverage Any Good?

As noted in the intro to this post, Ting Mobile is powered by Verizon and T-Mobile’s infrastructure, so you’re getting access to two of the biggest carriers in the USA. That means rock-solid connections, nationwide coverage, and super-fast LTE and 5G speeds.

In this respect, you have literally nothing to worry about – Ting Mobile is fast, reliable, and you’ll get coverage wherever you are. Verizon and T-Mobile’s infrastructure covers just about 100% of the United States, including rural and non-city areas, so you shouldn’t have any issues with connectivity, data speeds, and call quality while using Ting Mobile.

Is My Phone Compatible With Ting Mobile?

If you’re thinking of switching over to one of Ting Mobile’s plans and you own your own phone, you’ll first need to check that your phone is compatible with Ting Mobile’s network. This is easy to do too, so don’t worry.

Once you have your IMEI number, simply enter it in the dialogue box on Ting Mobile’s site and it will quickly check whether your phone is compatible or not – it usually takes a couple of seconds.

If you want to do everything through Ting Mobile, including buying a new phone, you have plenty of great options – from the latest and greatest Samsung Galaxy S21 phones to Apple’s iPhone 12 and iPhone 11, as well as cheaper, budget Android phones too.

Ting Mobile is also partnered with Affirm too, so you can spread the payments over a 12 month period. For instance, you can pick up the iPhone 11 via Ting Mobile and use Affirm monthly payments to get the phone for $30 a month. You will then need to pick a data plan to run the phone.

In total, you could be up and running with a new iPhone 11 and a data and calls plan for around $60 a month. Need an iPhone but want to pay less? Go with the iPhone SE 2020; it can be picked up via Affirm for just $17 a month – almost half the price of the iPhone 11.

Wrapping Up: Should You Go With Ting Mobile?

As noted throughout his post, Ting Mobile offers up some pretty good deals. It keeps things nice and simple too, which is cool. In terms of overall pricing and cost, Mint Mobile is cheaper – and just as good.

But Ting Mobile is also a good option; it has some great deals on phones too. I like that it also offers a Flex plan too. These are great for people that don’t use much data. But I do think you’d be better off with Mint Mobile, especially if you just need a data plan.

Mint Mobile is cheaper, by quite a margin, and offers similar levels of coverage, mobile data speeds, and 5G coverage. In this respect, I think going with Mint over Ting Mobile is a bit of a no-brainer. 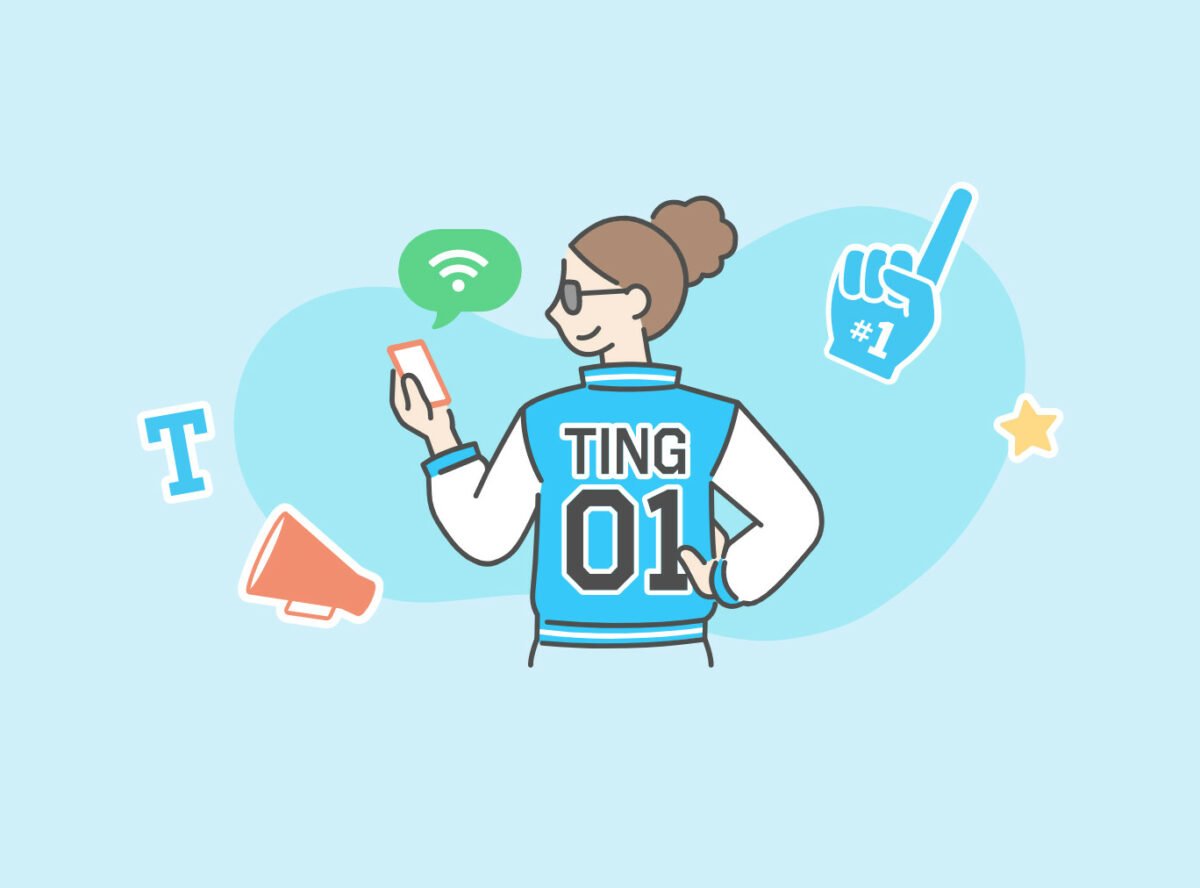