Will iPhone EVER Support Apple Pencil? No – Here’s Why…

Wondering if Apple Pencil works with iPhone? It’s a very common question people have especially as Apple has continued to add features and design changes to the Apple Pencil ever Ince its introduction.

Here’s everything you need to know about the Apple Pencil.

The Apple Pencil was introduced back in 2015 alongside the first iPad Pro. This is before the iPad Pro had Face ID and was just essentially a much larger iPad. Matter of fact, one of the major selling points of the original iPad Pro was Apple Pencil support.

But back then the Apple Pencil was pretty different than it was today. The original Apple Pencil connected via Bluetooth and had a cylindrical design and a removable cap. Underneath the cap wasn’t an erase, however. It was a Lightning plug, which is how you recharged the Apple Pencil.

Yes, that’s a bit steep, but Apple Pencil fans say the cost is worth it.

However, which one you can buy depends on which iPad you own. That’s because the first-generation and second-generation Apple Pencils only work with select iPads. Here’s which Apple Pencil works with which iPads, according to Apple…

Does Apple Pencil Work With iPhone?

There were hopes, given the popularity of Samsung’s S-Pen, that Apple would add support for Apple Pencil on its iPhone 14 series of phones, but this, of course, didn’t happen. Apple seems to have made its mind up about the potential applications for its Apple Pencil and these uses, for whatever reason, DO NOT include the iPhone.

This is a bit silly, though, if you ask me – especially on its Pro model iPhones. The iPhone 14 Pro Max has a 6.8in display, more than enough to get creative on with a stylus, so the idea of actually being able to use Apple Pencil isn’t far-fetched at all – in fact, it makes a lot of sense.

But then again so does having a touchscreen on your MacBook but this too is another thing that Apple is 100% against. In Apple’s logic, if you want a touchscreen MacBook, get an iPad Pro. Weird? Yes. But this is Apple we’re talking about here. It isn’t known for its logical approach to products which is why we don’t have touchscreen MacBooks and Apple Pencil support for iPhone.

The fact that the Apple Pencil does not work with any iPhone is a big bummer to make iPhone users. That’s especially true as iPhones keep getting larger displays year after year. Many think that this reason alone is more than enough reason for Apple to add Apple Pencil support to iPhones.

The Samsung Galaxy Note series was very popular. Launched way back when, the Galaxy Note was basically a bigger version of Samsung’s more traditional, Galaxy S flagship model, that included a built-in stylus, known as the S-Pen. The Note range was a popular choice with consumers and when Samsung killed it off it made sure that the S-Pen lived on inside other Galaxy-branded phones.

So, when Apple unveiled the Apple Pencil for iPad, people naturally assumed that it would one day be available for use with iPhone. I mean, why not? Samsung’s S-Pen is pretty popular with users, so it stands to reason that plenty of iPhone users would love to use the Apple Pencil with their iPhones, right? Possibly. And yet, after multiple years of rumors, the advent of Apple Pencil for iPhone is no closer. So what gives?

Will iPhone Ever Support Apple Pencil?

To understand why Apple doesn’t include Apple Pencil support for iPhone, you need to understand how Apple thinks. For instance, you cannot get a touchscreen MacBook. In Apple’s mind, if you want a touchscreen MacBook, get an iPad – this is literally its official stance on the issue. Therefore, it stands to reason that it probably thinks the same thing about its Apple Pencil: if you want one, get an iPad – that was the device it was designed for.

And herein lies the issue with Apple Pencil support for iPhone. Apple is very deliberate and extremely conservative with its products. It never changes them too much. Each product serves a purpose and is designed with certain user types in mind. If your particular idea about how to use the iPhone, using Apple Pencil for notes and doodles, for instance, doesn’t match Apple’s, well… that’s just too bad. What Apple says goes.

Beyond this, there are technical things that Apple would have to do to the iPhone’s screen in order to bring Apple Pencil support. This would require R&D and more cost, something Apple is most likely not up for doing unless the case for Apple Support on iPhone is strong – which I don’t think it is. Being about to use Apple Pencil on iPhone would be great, sure, but how many people would actually use it? Apple’s likely done its due diligence in this respect and knows that it is not enough to warrant adding it to iPhone.

Do People Even Want Apple Pencil Support For iPhone?

Anecdotally, I’ve used multiple Galaxy Note devices over the years and I seldom used the S-Pen. I knew it was there, I knew what it could go, but it just didn’t fit into the way I use my phone all that much. I’m not much of a doodler and I’ve become extremely proficient at taking notes on my phone’s keyboard, so an S-Pen, in my usual workflow, felt clunky and a little regressive. I’d basically moved on from taking notes with a pen, and it felt strange going back.

Again, this is just MY OWN personal take on stylus support for phones. I know plenty of people love them. I also know that with modern stylus devices like Apple Pencil and Samsung’s S-Pen, you can – talent-allowing – create truly stunning digital images and artwork on your phones and tablets. But again, these types are users are not would you’d consider the norm – they’re still very much a niche group in the wider pool of iPhone users.

Going back to my previous point, Apple likely believes that if someone is artistically inclined and they want to create digital art with an Apple product, they will be best served by getting an iPad and then purchasing an Apple Pencil. With an iPad, you’ll have access to a larger screen and bespoke applications that are designed with Apple Pencil (and creating digital art) in mind. It also serves as a rather nice USP for Apple’s iPad too.

All of the above is speculation, granted, but it is all based on my experience of how Apple has operated as a company for the last 15 years. It doesn’t do niche stuff, it doesn’t cater to small enclaves of users, and it doesn’t change its main products – like iPhone – on a whim. Apple’s vision is always locked squarely on the macro perspective – any new features have to be useful and beneficial to a large number of people.

The inclusion of 5G, OLED displays, 120Hz displays, and MagSafe, four of the iPhone’s biggest recent updates, are each very useful in themselves, adding value for users, regardless of their background, taste, or line of work. They “improve” the iPhone’s core usability across the board for as many people as possible. And while having Apple Pencil support on the iPhone 14 would be nice, it just isn’t the same kind of update as something like LiDAR or 5G. It’d only ever be appreciated by a small number of users.

And this, along with the fact that Apple Pencil is designed to be used with the iPad, is the main reason why we won’t see Apple add in Apple Pencil support for iPhone any time soon. 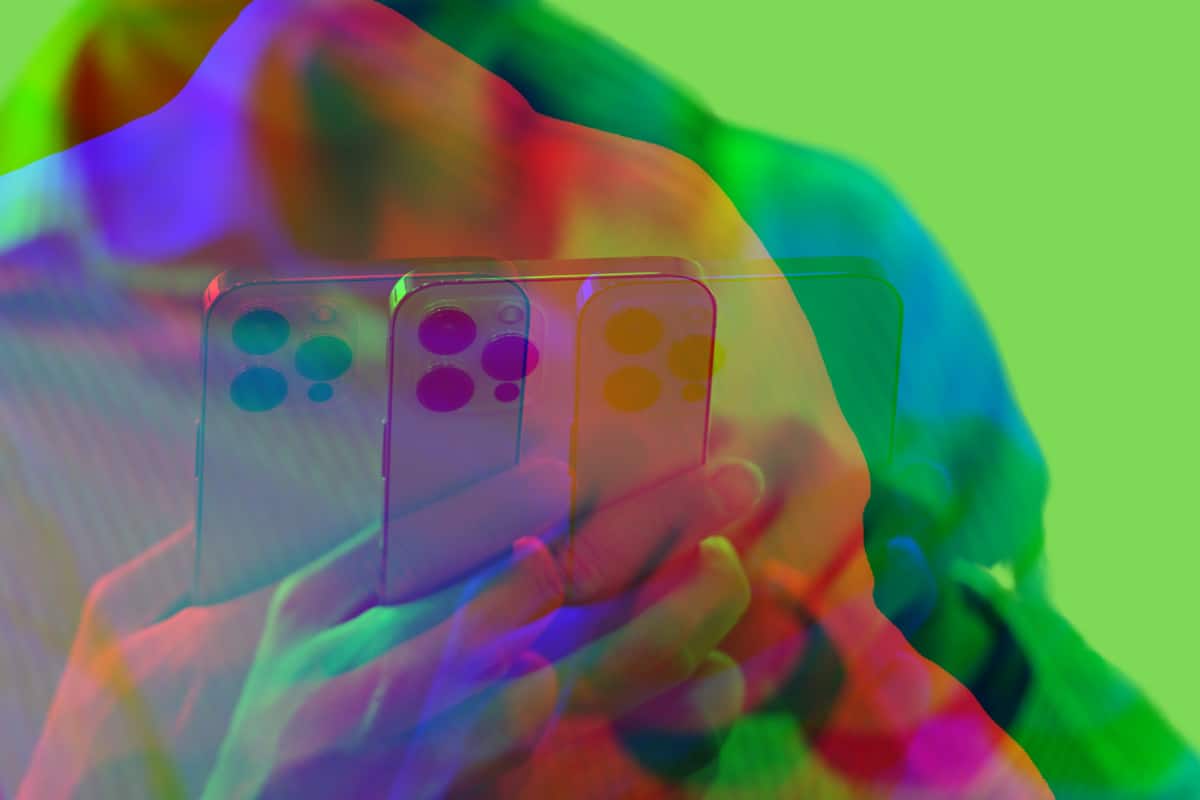