Apple Will NEVER Make A Touchscreen MacBook – Here’s Why…

Are you living in hope of Apple releasing a touchscreen MacBook? You’re going to be waiting a while. Maybe even forever…

If you want a touchscreen laptop, you have PLENTY of options in today’s marketplace. From Windows 11 laptops to Chromebooks, there are loads of touchscreen laptops available at a range of price points – from really expensive to very accessible.

I own a couple of touchscreen laptops, a Windows-powered Huawei one, and a Chromebook. I’ll admit having a touchscreen is handy, to a point, but it is not something I use on a day-to-day basis. It’s there, ready and waiting, but I just tend to not use it for whatever reason.

Also, with Windows and ChromeOS machines you have a few different options when it comes to design – both Microsoft and Google have added tablet-specific features to both Windows and ChromeOS, and this, in turn, gave birth to hybrid laptops – the ones that turn into a tablet from a laptop, like the Microsoft’s Surface.

Apple doesn’t do this, however. As usual, it has its own way of doing things. Apple has its iPad and its MacBooks and these two devices serve two distinct audiences. If you want a laptop from Apple, get a MacBook. If you want something more portable, that has a touchscreen and CAN be used LIKE a laptop, get an iPad.

Apple’s iPads still run on iPadOS, a rejigged, tablet-specific version of iOS, so, at its core, an iPad is still more iPhone than MacBook but iPadOS’ new features and support for things like a mouse and keyboard have turned the iPad into a kind of hybrid computer that is part MacBook, part iPad.

For instance, in order to get a proper laptop experience on an iPad, you will, of course, need a mouse and a keyboard. But when you have these things, you almost have yourself a touchscreen MacBook. Emphasis on ALMOST. The iPad – especially Apple’s newer ones – runs on the same chipsets, the M1 CPU, as its MacBooks, and are more than capable of handling plenty of intensive tasks.

All that’s missing in this context is macOS. But Apple will never bring macOS to its iPad because, well… the iPad, like the iPhone, is NOT a Mac. And Apple is very intent on keeping things this way.

There Will NEVER Be A Touchscreen MacBook…

As noted earlier: I have two touchscreen laptops and I seldom use the feature. Apple likely knows that about touchscreens on laptops from its market research department, and this is likely the reason why it has never brought it to its MacBooks.

People use computers and laptops differently from phones and tablets. This is as much by the physical design of the products as much as what we do on them. Most of the time, the inclusion of a mouse and keyboard negates the need to physically touch the screen. On tablets, this is different, of course, but that is only because they’re designed to be more portable, more casual.

Apple’s products are designed to do specific things. And annoyingly for MacBook users that want touchscreen functionality, Apple believes this is the purpose currently served by its iPad, so, no, we will not be getting a touchscreen MacBook any time soon or likely ever. That’s what the iPad is for…

This is also why Apple is now making its iPads more and more powerful, adding in things like the M1 chipset, better multitasking, and support for keyboards and wireless mouses. Apple knows that certain people use iPads as work machines, so it has done its best to effectively turn them into pseudo-Macs

But Apple is clever. It also wants people to buy its MacBooks too, so it was careful to not make its iPads too good at being MacBooks. As I said earlier: you can work on an iPad, it is now easier and better than ever before, but a traditional MacBook will always be better for professional users, thanks to things like its overall design, I/O, and its desktop-grade software, macOS.

Don’t Expect macOS on iPad Any Time Soon Either

OK, so you can work on the iPad. But wouldn’t bringing macOS over to iPad make it even better? In a word, yes. But this is not how Apple does things. It wants you to buy MacBooks. If it basically turned the iPad into a touchscreen MacBook, no one would buy the MacBook. And a MacBook costs more, so that’s more revenue and profits for Apple.

Apple also views the iPad and its MacBooks as completely different products. Sure, there’s crossover but the two machines are not designed to be alternatives for one another. Plenty of people love their iPads, for instance, but ask them to do a full working week on one and that sentiment would sour pretty quickly. Ditto if you asked someone to use their MacBook like an iPad.

For better or worse – I’d argue it’s for the better, FYI – Apple plans to keep its iPad and MacBook totally separate. The two devices may share some components and hardware but at their respective cores, they’re designed with different uses in mind. And while some of these uses will inevitably cross over, Apple would prefer that you simply buy one or the other – or, better yet, both, and also an iPhone too.

This is the magic of Apple’s ever-so-subtle marketing and its intensely unmovable approach to product design. It severely limits what you can and cannot do with its products, and it does not take kindly to suggestions (hello, USB Type C for iPhone). If you want to do something different, like have a touchscreen on your MacBook, that ain’t going to happen.

But this restriction, for Apple, at least, is actually an opportunity because it forces you to look at other Apple products – like the iPad – to scratch that itch.

All Apple has to do now is just sit back and wait while you convince yourself that, yes, of course, you NEED an iPad to go alongside your $2000 MacBook, just as you NEED an actual $179 Apple TV to properly use Apple TV+ in your living room. This is profiting by omission at its finest. Apple has it down to a fine art.

This is why Apple is so successful; it does things ITS way, and only ever ITS way. For the end-user, this means that if you want to live and work in the Apple ecosystem, you have to do things ITS way too. And that usually means spending more money than you would have had you gone elsewhere for your tech-related needs.

And check out How To Change The Default Browser On A Mac! And have a look at How To Manage Share Menu Options On Your Mac! 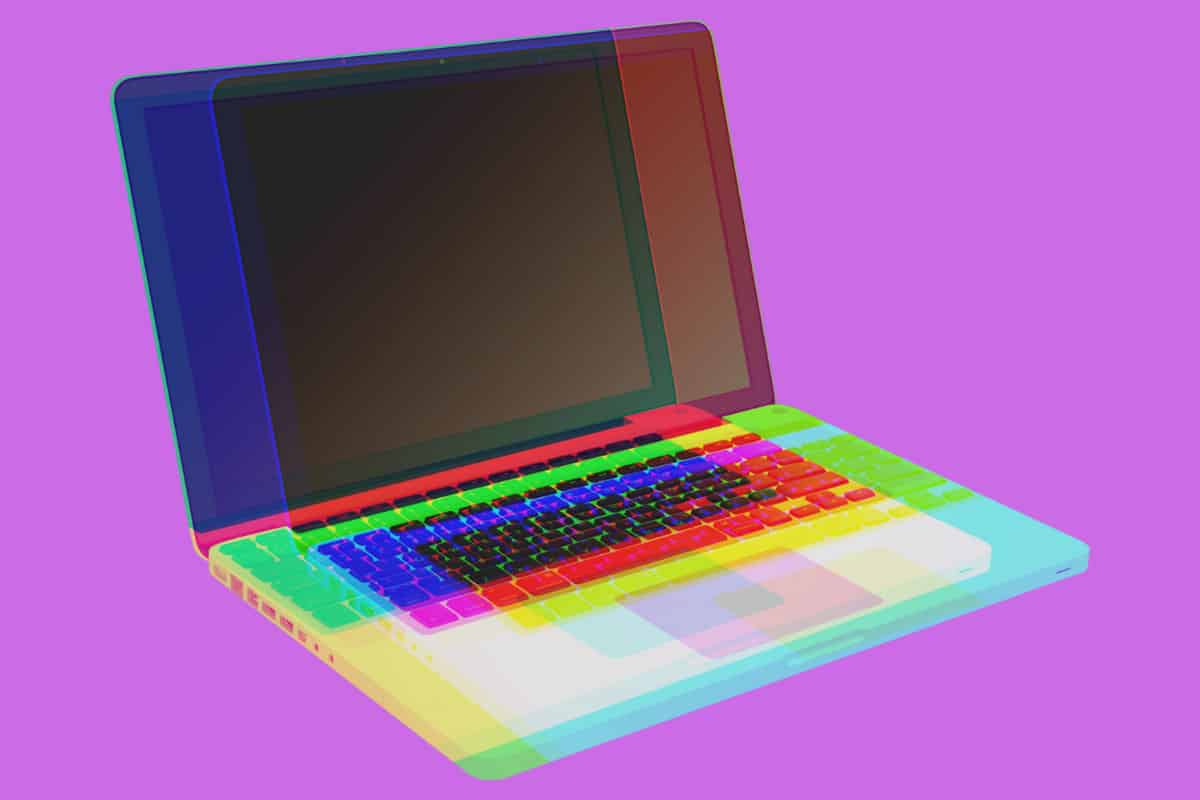 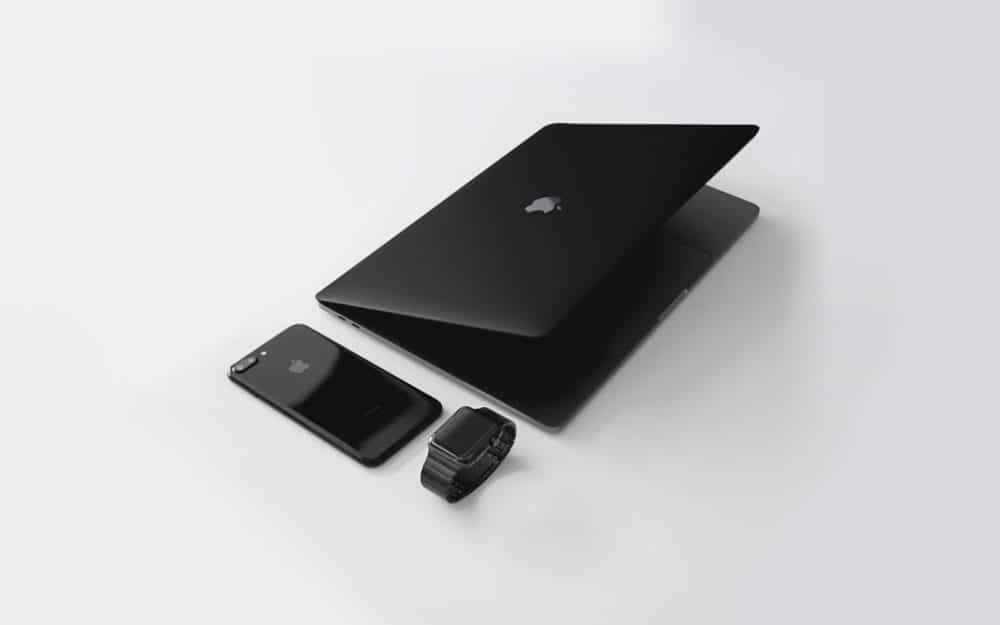 Is A Refurbished MacBook Worth It? My Experience…

MacBooks and iMacs are expensive. If you get a refurbished model, you could save 40%. But is a refurbished MacBook worth it? Here's what happened when I got one