Which Smartwatch Has Alexa? All The Options For 2021…

If you’re looking for a smartwatch that runs Alexa, you’re in luck – there are quite a few options available for 2021

When it comes to smartwatches if you go with Apple – and its Apple Watch – you get Siri. With Wear OS, Google’s platform, you get Google Assistant. Samsung’s have Bixby. And Amazon doesn’t make a smartwatch, so how can you get Alexa on a smartwatch?

Simple: you go with a FitBit smartwatch. FitBit inked a deal with Amazon a couple of years ago to bring Alexa to a selection of its smartwatches. And, as a side bonus, FitBit makes some of the best wearables you can buy right now.

If you’re a runner, or just want to track out your workouts, a FitBit watch is a great option. FitBit has been around since the very beginning on the smartwatch market and, next to Apple, it has one of the best ecosystems around with support for third-party applications and integration with third-party services.

Would I use a FitBit over, say, a Wear OS-powered watch like the Misfit Vapor X? Probably. And the reason is simple: FitBit has tons of choice and a great ecosystem. This is why Google bought the company.

Here’s a list of ALL FitBit Smartwatches That Have Alexa

Which is the best option from the above? As always it depends on what you want to do with your smartwatch. If you’re looking for a detailed analysis of all your workouts and want the most accurate data, the FitBit Sense is the best option to go for. It is also the most expensive too – view prices via Amazon.

The FitBit Sense has the most advanced sensors of any product in the company’s current line up. The FitBit Sense has built-in ECG functionality, so it analyses your heartbeat and atrial fibrillation over the course of the day. If anything’s amiss, it will then notify your doctor.

On top of this, the FitBit Sense can also measure your temperature via your wrist with its built-in sensor. This sensor tracks your temperature at all times, so any variation or anomalies can be spotted which is very handy in the age of COVID.

The FitBit Sense is also really nice looking too; ideal for either male or female users. You can pick it up in the following colors: Carbon or Graphite Stainless Steel – click here to view what the different colors look like.

What FitBit Should You Get?

As you can see, FitBit has a fairly good spread of smartwatches that come with Alexa built-in. You have three great options across three distinct price points; the FitBit Sense is the most expensive (check price via Amazon), while the FitBit Versa 2 is the cheapest – you can view prices for it on Amazon here.

If you’re a runner or a cyclist, the FitBit Versa 3 has built-in GPS, so it would be the one to go for – although it is more expensive than the Versa 2, as you can see here.

On a personal note, I bought my fiancé the FitBit Versa 2 for Christmas, the rose gold model, and she loves it. It is just about big enough for her wrists – she has small wrists – and it doesn’t look too big on her arm. As for tracking and fitness stuff, it does everything you need from a wearable but it retails for a fair amount less than the FitBit Sense.

If you can live without having a built-in ECG and stress monitoring, the FitBit Versa 2 delivers a lot of value for money. It will track everything you need from a fitness and activity perspective and it looks and feels great. I much prefer the way it looks to Apple’s even more expensive Apple Watch.

Add in week-long battery life and you’re in a very good place. But that’s the case with all of the FitBit wearables listed in this post: they’ll all last around 7 days from a single charge, whereas Apple’s Apple Watch and Google’s Wear OS wearables will only do 18 hours.

In fact, the nearest rival, with respect to battery life, is Huawei’s Watch GT 2 Pro – it’ll do 7-8 days. But unlike FitBit’s wearables, Huawei’s do not support third-party applications and/or integrations, so you’re stuck with the watch’s basic functionality which, while good, is still a ways behind a FitBit which, thanks to its mature ecosystem, is one of the best wearable platforms on the planet right now.

Here’s what to know about ANT Radio Service! 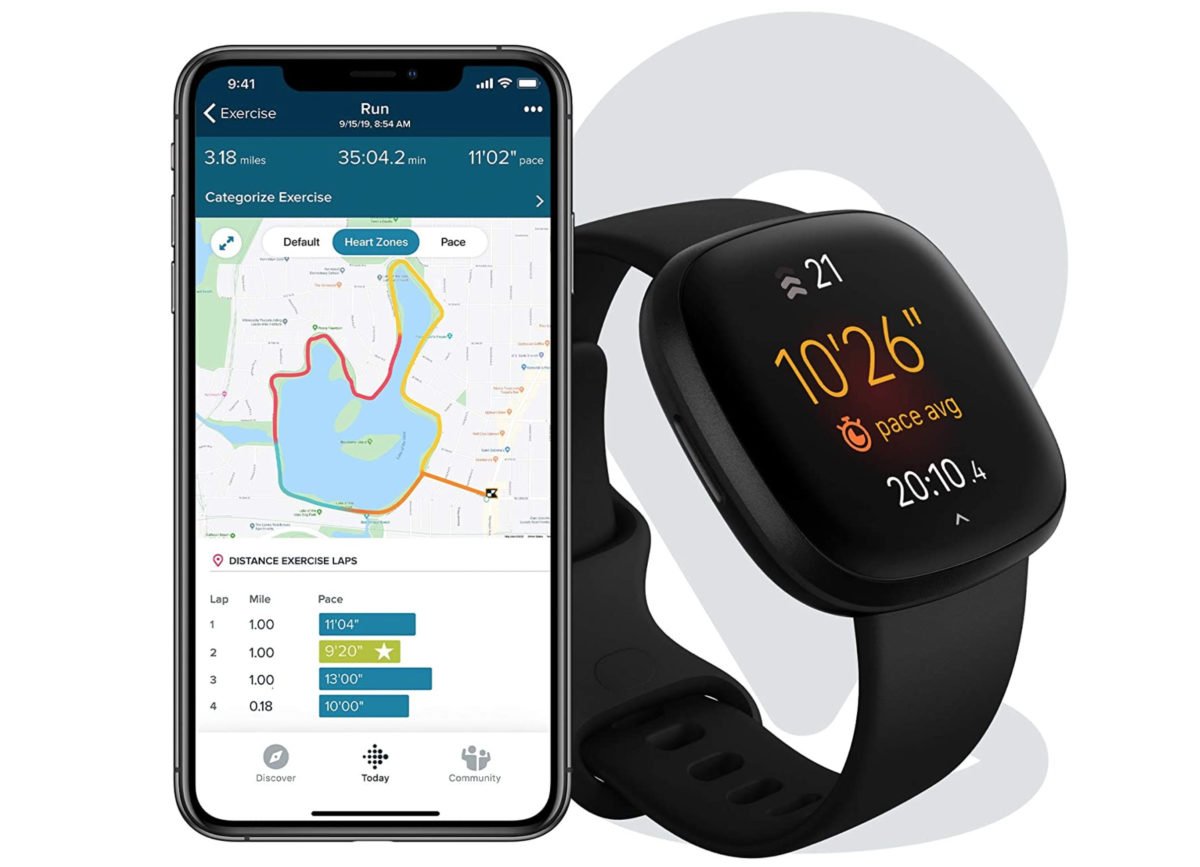