iPhone Back Tap: How To Use It & What It Does (User Guide)

iPhone back tap is here! With iOS 14 installed on your iPhone, you’ll be able to tap the back of the phone to action things like muting the ringer, opening apps, and more…

Apple announced iOS 14 during its first-ever online-only WWDC keynote speech. Designed for iPhone and iPad, iOS 14 will get a release in the fall, alongside Apple’s new iPhone 12 range – of which there will be four models.

We’ve already taken a look at iOS 14 in detail, covering off some of its newest and coolest features, but one thing we missed was its Back Tap feature, whereby users will be able to interact with their iPhone by tapping on the back of the iPhone.

It’s also worth noting that Back Tap will work on ALL iPhones that get iOS 14 – so basically everything down to the iPhone 6s.

Back Tap is an accessibility feature, whereby users can interact with their iPhone without having to use the display. For instance, say your iPhone is lying face down and you want to turn off all notifications and sound. With Back Tap, you could tap three times on the back and this will mute everything.

Another could involve taking screenshots. For instance, if you take a lot of screenshots, you could set up Back Tap to take a screenshot every time you double-tap on the back of the iPhone. Another? You could even use Back Tap to launch things like Amazon’s Alexa or Google’s Assistant.

The sky’s the limit basically.

How To Set Up Back Tap Inside iOS 14

From here, you can then start customizing Back Tap, assigning two different functions. You can use a double-tap and a triple tap with iPhone’s Back Tap. This means you can have up to two distinct functions programmed into Back Tap. 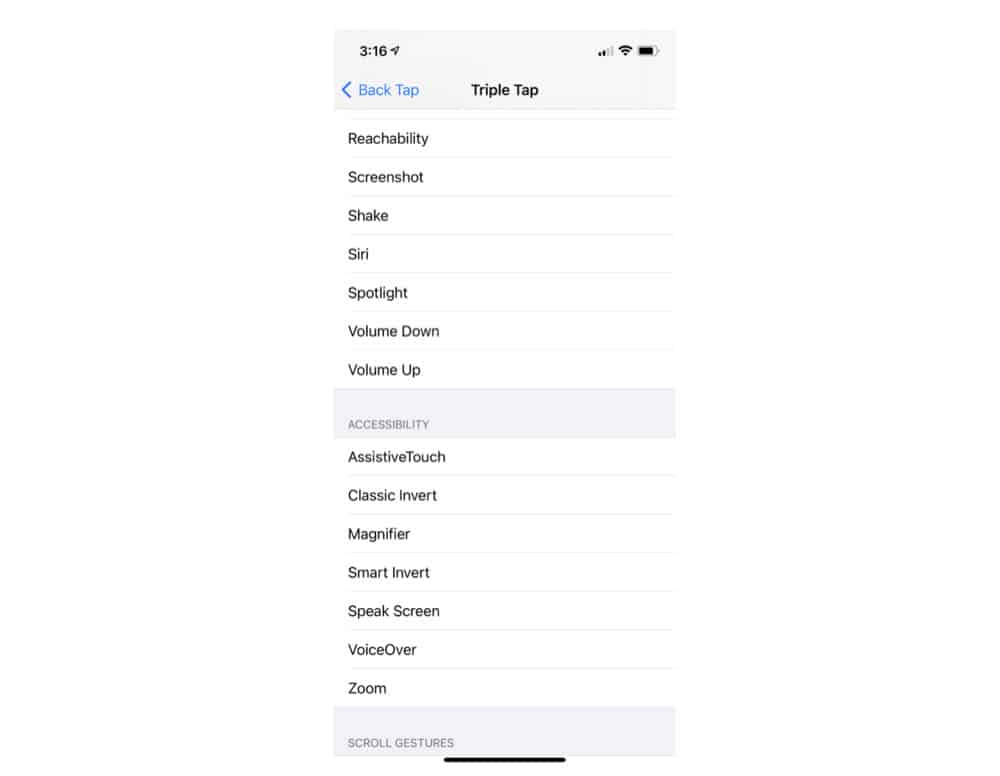 Back Tap functions are divided into multiple categories. The first is SYSTEM. These functions include:

The next is ACCESSIBILITY functions:

The next is SCROLL GESTURES. This means you can back tap to scroll up or down a screen:

The final category is SHORTCUTS. These work with iOS 14 shortcuts you have created in the shortcut app. For example, if you’ve created a shortcut that allows you to turn on the Flashlight, you can assign the Back Tap to that. Doing this means when you Back Tap your iPhone, the Flashlight will turn on.

There is no support for single tap for obvious reasons; think about how many times you touch (or tap) the back of your iPhone in any given day – it’s in the hundreds or thousands. If you set up something on a single tap, it’d be constantly firing when you didn’t want it to.

How Does Back Tap Work In Practice?

At the time of writing, iOS 14 is currently only available in beta. But plenty of people have already downloaded and tested Back Tap.

Double tap the back of the iPhone to launch Google Assistant? Yes please. #iOS14 pic.twitter.com/FeKOlD0WL5

According to many, it works really well – even with a case on! This is a very good omen indeed, as beta builds of iOS can be highly buggy, so getting a new feature to work seamlessly out of the box is a good sign for the gold version of iOS 14 which will land inside the fall.

In the meantime, make sure you check out our full coverage of Apple’s iOS 14 launch. 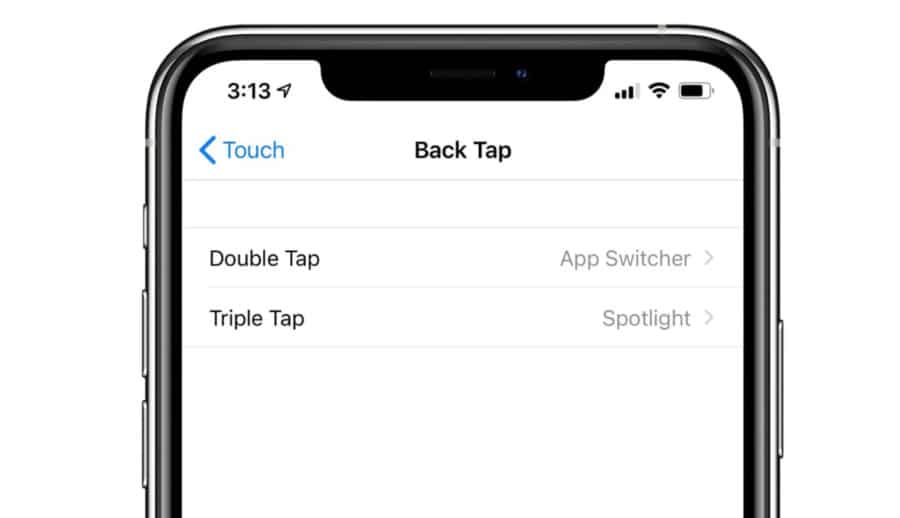