How To Use The iPhone Flashlight (Back Tap, Lock Screen, Brightness & More!)

The iPhone has replaced many of our gadgets–the mobile phone, the PDA, and even the alarm clock. But one other thing we really don’t need now anymore is a flashlight. That’s because the iPhone’s LED flash has gotten so powerful you can use it as a flashlight.

Matter of fact, recent iPhones and the new iPad Pro have a flash so powerful when you use it as a flashlight, you can actually change the intensity of the brightness. So just how do you use the flashlight/torch on your iPhone? There are actually many ways to do so. And we’re going to go through them all.

Use The Flashlight From The iPhone’s Lock Screen

One of the fastest ways to access the flashlight on your iPhone is right from the lock screen itself. This tip works with any iPhone that has Face ID built-in–in other words, any all-display iPhone with no Touch ID button. The great thing about this method is you can pretty much instantly turn on your iPhone’s flashlight as soon as you tap the display. Here’s how:

Use Siri To Activate The iPhone’s Flashlight

But there’s an even EASIER way to turn on your iPhone’s flashlight–and this method is great if you need to keep your hands and fingers free. You can actually use the iPhone’s voice assistant Siri to turn the iPhone flashlight on and off for you. You can do this with any number of voice commands. You can ask Siri to use the flashlight for you by using any of the following commands:

Use Control Center To Turn On The iPhone’s Flashlight

Change The Brightness Of The iPhone’s Flashlight

The iPhone’s flash is pretty strong, but believe it or not, you can make it even stronger. That’s because as long as you have iOS 11 or later you can also change the brightness of the flashlight, increasing its intensity or decreasing it. Here’s how:

Use A Shortcut To Turn On The iPhone’s Flashlight

iOS has a built-in app called Shortcuts. This app allows you to create automated actions on your iPhone that you can then assign an icon, too. This icon then lives on your home screen. Tapping it will automatically carry out the shortcut assigned to it. There’s virtually no limit to the shortcuts you can create–including one that lets you out a flashlight button right on your home screen. Here’s how to do that:

Use A Back Tap To Turn On The iPhone’s Flashlight

Finally, Apple included a new Accessibility feature in iOS 14 that allows users to double or triple-tap the back of their iPhone in order to carry about a preselected command. However, this command can be set by the user–including setting a back tap to run a shortcut…just like the flashlight shortcut we created above.

So note that if you want to turn on your iPhone’s flashlight with a back tap, you’ll need to create the shortcut above. Once you’ve done that, here’s how to set it to activate with a back tap:

Once you’ve done all of the above you can then double or triple-tap the back of your iPhone to instantly toggle the flashlight on or off. Pretty cool! 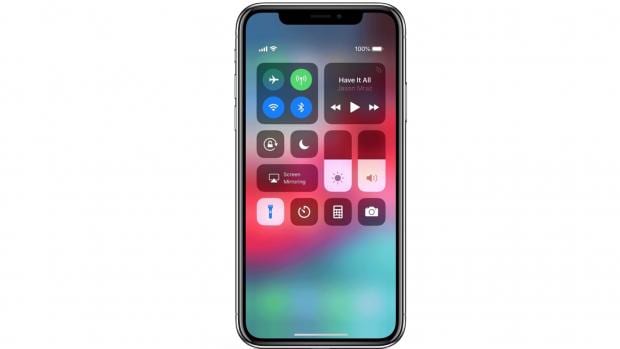