How To Take Screenshot iPhone 11 (And Older Models Too)

If you’ve got an iPhone and you want to take a screenshot, you have a couple of options but it ALL depends on what model iPhone you have…

Taking a screenshot on your iPhone is useful because it lets you capture whatever is displaying on your display. Once you’ve done this you can share it with friends or via social media.

However, the process of taking a screenshot on iPhone varies between iPhone models, so to get around this we have two separate methods – one for iPhones (and iPods) with home buttons and one for iPhones without a home button (like the iPhone X, iPhone XR, iPhone XS, and iPhone 11).

If you have newer iPhone, anything from the iPhone X up, use the following method to take a screenshot on your iPhone. Please note: this method will also work on Apple’s iPhone 12 range. 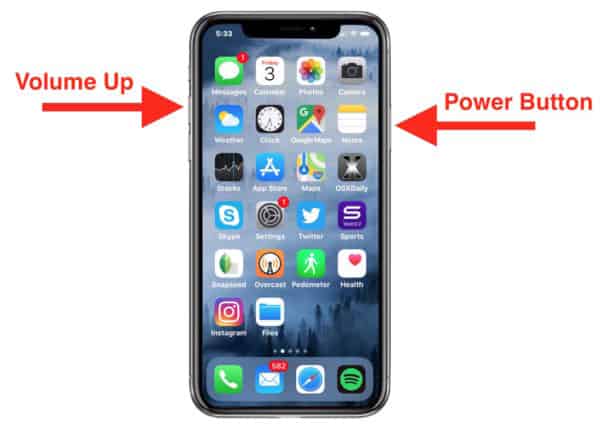 Press The Lock & Volume Up Button At The Same Time

And that’s it! Simple, right?

How To Take Screenshot on iPhone With Home Button 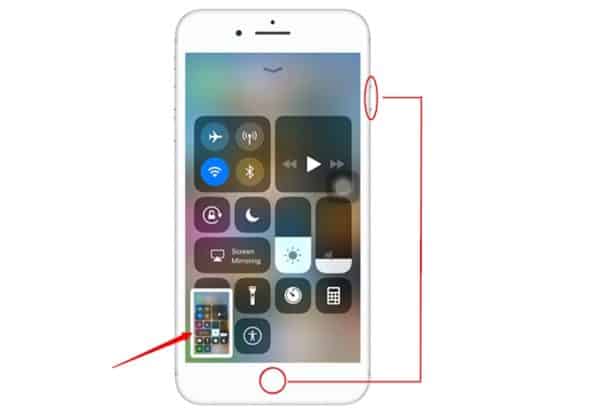 This method works on ALL iPhones with a home button, so basically any iPhone that came before the iPhone X – the iPhone 8, iPhone 7, iPhone 6, iPhone 5, iPhone 4, and iPhone 3GS, as well as iPod touch devices too.

And while we’re talking about how to do things on the iPhone, have you turned on Find My iPhone? If you’ve ever said the following: “I wish I could find my device” – If so, then you NEED Find My iPhone, it’ll help you locate lost and/or misplaced iPhones anywhere.

Things To Keep In Mind – If you mess up the timing of the double-button press, you might accidentally activate Siri instead. It’s therefore important to make sure you press both buttons at exactly the same time, otherwise, you’ll just have Siri asking you what’s up…

How To Take Screenshot on iPhone 4 (And Lower) & iPods

If the iPhone your using doesn’t have TouchID or FACE ID and you want to take a screenshot, just follow the steps laid out in the diagram below. Essentially, you just press the home button and the top (wake/sleep) button to capture whatever is on the screen of your iPhone 4. This method works on the iPhone 4, iPhone 4s, iPhone 3Gs, and iPhone 3G. It also works on iPod models too.

Why Screenshots Are Important…

I’ve been taking screenshots for so long, I can honestly say I don’t know what I’d do without them. My Notes App and Evernote are literally jam-packed with thousands of screenshots, ranging from books I want to read to places I want to check out to bills and pretty much everything else in between.

Screenshots are useful as reminders, as tools to save information while you’re on the go, or for capturing something on social media that might soon be deleted – an ex’s post about you, a leaked phone, or a celebrity’s rant about something totally inappropriate on Twitter. If you can see it on your screen, it can be captured (unless it’s a banking app, then you can’t for obvious reasons).

Top Uses For Screenshots (on ANY Device)

This is basically what I use screenshots for but there are a million and one other ways to use them – from collaborative work to simple visual learning queues or inspiration for social media posts. Whatever you use them for, screenshots are a powerful tool that everybody should know how to use…