Google introduced its updates to its Pixel line of smartphones this week. The new Pixel 3 and Pixel 3 XL now take the crown as Google’s flagship smartphones–if not the crown for all Android smartphones.

But what’s surprising about the Pixel 3 upgrade is that some things stayed almost exactly the same as with the Pixel 2, while other things changed massively. The question for existing Pixel fans is, should you upgrade? Let’s take a look to find out.

Here are the specs for the Google Pixel 2:

And here are the specs for the Google Pixel 3:

From an internet spec perspective, the phones are pretty identical. Google didn’t boost the type or amount of RAM between generations. Both have 4GB LPDDR4x RAM. The storage options also stayed the same at 64GB or 128GB.

What did majorly change between the models is that the Pixel 3 now has a bigger display, at 5.5in, than the Pixel 2 had, which was 5in. What’s more, Google managed to add size to the display while not increasing the phone’s physical size. It did this by shrinking the bezels.

Technically, the Pixel 3 has the superior display here. It’ll look better, no question.

Winner: Google Pixel 3 – It’s got the better, and bigger, display.

The Pixel 3 also wins in the battery department on two fronts. First, it has a bigger 2915 mAh battery, which will give the phone about an hour more screen time than the Pixel 2. But the Pixel 3 also supports wireless charging–a first for a Google Pixel phone. In other words, if you want to be future-proof in the power department, you’ll want to upgrade to the Pixel 3.

For all intents and purposes, Google left the rear camera pretty much the same in the Pixel 3 as in the Pixel 2. The hardware is almost exactly the same: a 12.2 MP lens with optical + electronic image stabilization, that shoots 4K video. The Pixel 3 does feature some software improvements in the camera, but that doesn’t change the hardware specs.

What has changed with the Pixel 3 is the front camera. It now features two lenses instead of the one found in the Pixel 2. While both the Pixel 2 and Pixel 3 features an 8 MP front camera that shoots 1080p video, the Pixel 3 adds another lens in the form of an 8MP wide-angle lens with a 97º field-of-view, compared to the 75º field of view for the normal portrait camera. This means you can squeeze more people into your selfies.

Winner: Google Pixel 3 – It has a superior front-facing camera. 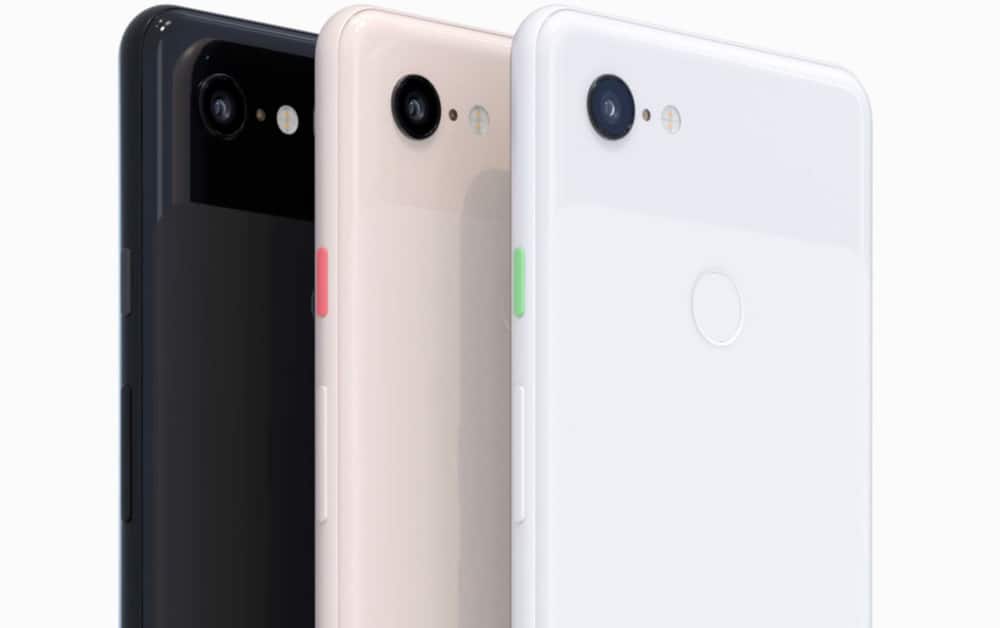 So should you upgrade to the Pixel 3 if you have a Pixel 2 already? My recommendation would be to only do it if you want the slightly bigger screen and wireless charging. Besides those features, there aren’t that many differences between the two models.

But what if you want to move on from Google and try a new smartphone? You can get the best deal on the iPhone XR and other iPhones by checking out our deals page HERE!