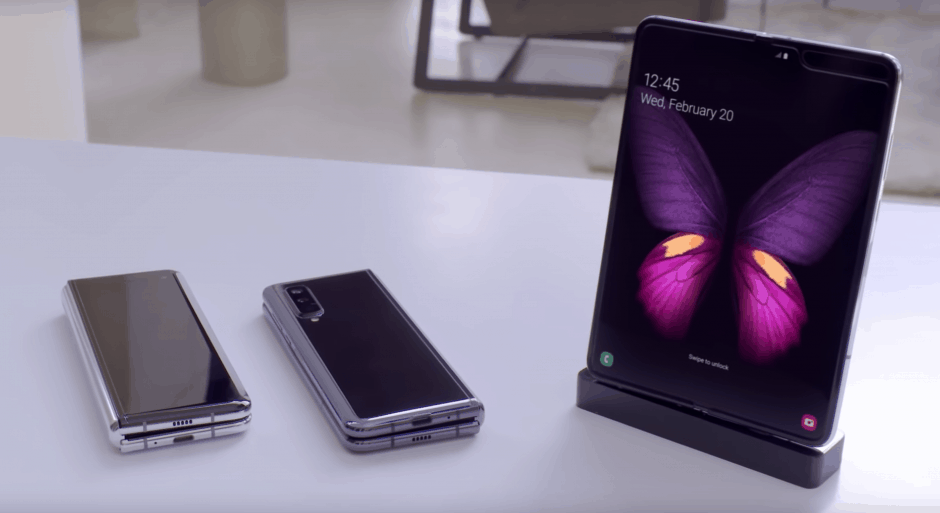 With Samsung and Huawei releasing folding phones this year and companies like Motorola and Xiaomi also preparing to jump on the bandwagon, we’re going to see a lot of devices which open and close over the next 12 months – but one firm that isn’t likely to enter this new arena is Apple, which (despite taking out patents for folding phones) hasn’t announced any official plans to release a similar handset.

This displeases Steve Wozniak, co-founder of Apple and notorious tech-head. Speaking in Bloomberg TV interview, the man who established the company alongside Steve Jobs all those years ago said that he was ‘worried’ that Apple was going to get left behind in this new technological arms race.

“”Apple has been a leader for quite a long time in a few areas such as touch ID, facial ID, and easy payment with the phone,” Wozniak said. “They’re not the leader in areas like the folding phone, and that worries me because I really want a folding phone.”

Woz has famously jumped from iOS to Android and back again several times over the years, but is a committed fan of the company he helped create. It only stands to reason that he’d want to see a folding iPhone, but we can’t see Apple releasing one for a while yet; while the firm has a good track record for creating new and exciting tech, it does tend to wait and see how certain advancements play out before it releases its own highly-refined take on the concept. 5G is another example; while the rest of the smartphone sector prepares itself for this new network standard, Apple isn’t expected to join the 5G party until at least late next year.

Still, Wozniak has faith that Apple will make the right move if and when it does eventually release a folding phone. He acknowledges that the company has relied on the iPhone for a long time, but it is starting to grow its revenue base with other ventures. “They just got so successful on the iPhone and that was their whole business for a long time,” he said. “”Now they’re branching out so a lot of their businesses have been very good.” Having said that, Woz admitted that he refers his Roku box to Apple TV at the moment, so there’s clearly still some work to do.

What could a folding iPhone look like? Will Apple take Samsung’s approach and make a phone that folds in on its screen, or perhaps it will follow Huawei’s lead and keep the display on the outside? Maybe it will do neither of these things and create a ‘flip’ device, as the upcoming Razr phone is expected to be? Whatever path Apple takes, you can bet it will be watching how the Galaxy Fold and Mate X perform before making any solid choice.