With a truly INSANE price tag of $2500, the Sony Xperia Pro is perhaps the oddest thing Sony has ever released…

Would you pay $2500 for a Sony phone? A phone that has more or less the same middling specs as the Sony Xperia 1 II which launched back in 2020. Probably not. But there is some method to Sony’s pricing madness. And it is all about the niche this phone is targeted at.

The Sony Xperia Pro has one trick up its sleeve: it can connect to your DSLR camera via HDMI and act as a 4K viewing screen, so you can preview, in real-time, what you’re shooting. And this is quite a neat trick, but whether it is worth shelling out $2500 for it is another thing entirely.

A Phone For Influencers

I mean, you can pick up a range of external monitors for your camera and DSLR for much less – this one is 4K and it is only $279. The difference with the Sony Xperia Pro, of course, is that it is also a phone, so videographers – theoretically – could buy this phone over, say, an iPhone, and then carry one less item of kit with them.

With the Sony Xperia Pro, you can also live stream content over the phone’s 5G modem. Again, this is a super-handy trick, especially for YouTuber and Instagram content creators. You can essentially live stream on mobile platforms in broadcast quality. And that is a very neat trick indeed. 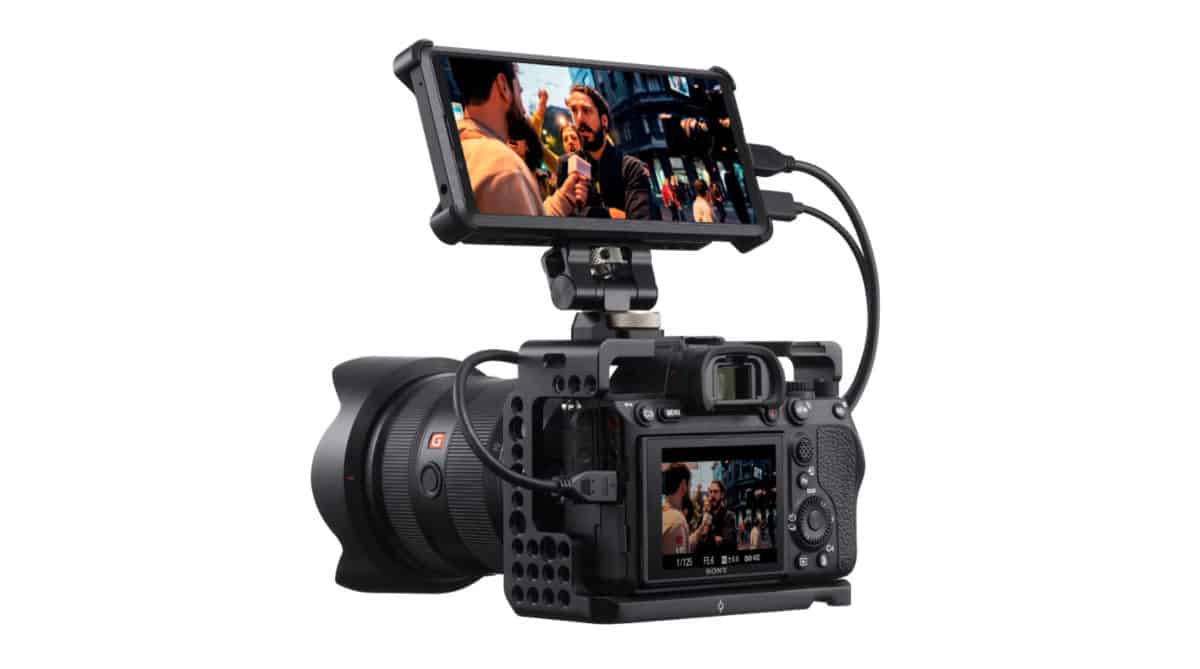 No other phone can do this. In this respect, the Sony Xperia Pro is totally unique – both in its features and its pricing.

But for the price of a business class flight to New York from London, it’s still a big ask – especially from a company as unfavourably placed as Sony is right now in the phone market. What irks me the most, however, about this phone is that it is essentially the same as the Sony Xperia 1 II – and that phone landed almost 12 months ago.

The Xperia Pro does handle 5G a lot better, however, with four distinct antennas placed around its chassis that ensure better overall connectivity and fewer drop-outs. And if you’re using the Xperia Pro for live broadcasting on YouTube or Instagram, this is something you will definitely want in place.

With upload and download limits, you’re looking at 131Mbps / average and 115Mbps with mmWave 5G. Sony has also a Network Visualiser App inside the phone too which will show you a live feed on your current bandwidth.

As for compatibility, the Xperia Pro is designed to work seamlessly with Sony’s line of Alpha cameras, though it should also work fine with most other video cameras and DSLRs. I would definitely check, however, before committing to buying this phone!

The only difference between the Sony Xperia Pro and the Sony Xperia 1 II is that the Sony Xperia Pro’s HDMI port will let it double as an external monitor for your camera. This is a neat trick, granted. But it is extremely niche. Like super-niche. And this means the only people likely to actually be using this phone are influencers that are gifted the phone for the purpose of influencing.

With specs, the Sony Xperia Pro runs on Qualcomm’s Snapdragon 865 chipset, 12GB of RAM and comes with 512GB of storage. The display is a 6.5in OLED 4K panel – and it is bloody good – and you have a 4000mAh battery and a triple-lens camera module on the rear.

B&H is currently retailing the phone in the USA, where it will be exclusively available for the time being.