Yes, you can FINALLY take back that drunk message you sent

After years of everyone tasing for it, Facebook has finally given its commoner users the ability to revoke messages they’ve sent.

I say “commoners” because the higher-ups at Facebook, like Mark Zuckerberg, have long been able to go back and delete a message they sent someone in Facebook Messenger.

In a follow up, TechCrunch said: “Facebook now says that it plans to launch an “unsend” feature for Facebook messages to all users in the next several months, and won’t let Mark Zuckerberg use that feature any more until it launches for everyone. One option Facebook is considering for the Unsend feature is an expiration timer users could set. But it’s alarming that Facebook didn’t disclose the retractions or plans for a Unsend button until forced, and scrambling to give everyone the feature seems like an effort to quiet users’ anger over the situation.]”

Well, it now appears Facebook has made good on its promise.

In an update this week the company has added the ability to retract sent messages. There ware two options when doing this:

Recipients will also still be able to see that there was a message that had been sent but has been removed.

So, if you’re ready to remove a message, just follow these steps:

RELATED: How To Enable Dark Mode In Facebook App 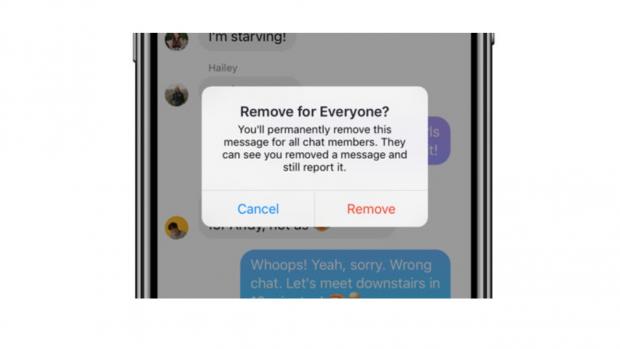