Facebook Dark Mode is now a thing on desktop and mobile, so if you use Facebook, you’ll probably want to know how to enable its Dark Mode feature…

Dark Mode is a new and popular way to view websites and applications. Said to be easier on the eye, Dark Mode is now used natively in both iOS and Android.

But if you’re interested in switching Dark Mode on in Facebook, or your Facebook app, either on your phone or desktop computer, is currently not using Dark Mode, you’ll need to learn how to switch it on.

In this guide, we’ll show you how to enable Dark Mode in Facebook on Windows, Mac, iOS, and Android.

How do you become a Facebook app beta user? Simple: just go to this page and register. Once you’ve done that you’ll be able to enable Dark Mode for Facebook inside the Android Facebook app.

If you cannot wait that long, download the beta version of Facebook’s Android app instead – this will have Dark Mode built in.

On iPhone, enabling Facebook’s Dark Mode is the complete opposite – Dark Mode can be enabled on your iPhone app with just a couple of clicks.

Please note: the above method works for ALL iOS devices, including iPad and iPods. Just follow the steps and you’ll have Dark Mode up and running.

Facebook is predominantly a web app, so the web-based version of Facebook tends to get new features ahead of the Android or iPhone app versions. And Dark Mode for Facebook is no exception.

Enabling Dark Mode for Facebook on Mac and PC works exactly the same. All you have to do is go to Facebook > click the downward pointing arrow in far right corner > Settings > Enable Dark Mode

This means, once you’ve toggled Facebook to Dark Mode in your browser, all of its apps will now appear in Dark Mode configuration – from Messenger to Facebook apps and games.

If you’re using Google’s Chrome browser, and you’re familiar with Chrome Flags, you can use this flag (chrome://flags/#enable-force-dark) to force all sites you visit, including Facebook, to show in Dark Mode.

What About Facebook Messenger Dark Mode on iPhone & Android?

Because Facebook for Android and iOS is NOT a web application, it is a native app designed specifically for either iOS or Android, you have different feature-sets on each version of the app.

For the most part, the Facebook app for iPhone is the most complete and up to date version. The Android Facebook app is fine, but it does lack some of the features you get on iPhone.

The most notable of which is the ability to switch Facebook Messenger to Dark Mode.

On Android, it is much the same. Just open Facebook Messenger > Click on Your Profile Picture > And Then Toggle Dark Mode on.

Your Messenger app will now display everything in black, including all of your threads, emoji drawers, and search functions.

If you’ve followed the steps outlined above and you cannot see a Dark Mode optin inside your Facebook app’s settings, it means the version of the app you’re currently using does not support Dark Mode.

If you’re on iPhone, make sure you’re using the latest version of Facebook. You can do this by going into the App Store > Tap on Your Profile Icon > View All Updates > If Facebook Needs Updating, Click Update.

This should bring Dark Mode to the Facebook App on iPhone.

If you’re on Android, Dark Mode does not yet work natively inside the application. It is said to be coming, and some users have access to it, but the rollout is painfully slow at the moment.

The only sure-fire way to get Dark Mode inside the Android Facebook app is to download the beta version of the application – you can do that here.

But remember: it is a beta version, so there might be bugs and issues. For this reason, my advice would be to just wait for Facebook to officially roll it out. 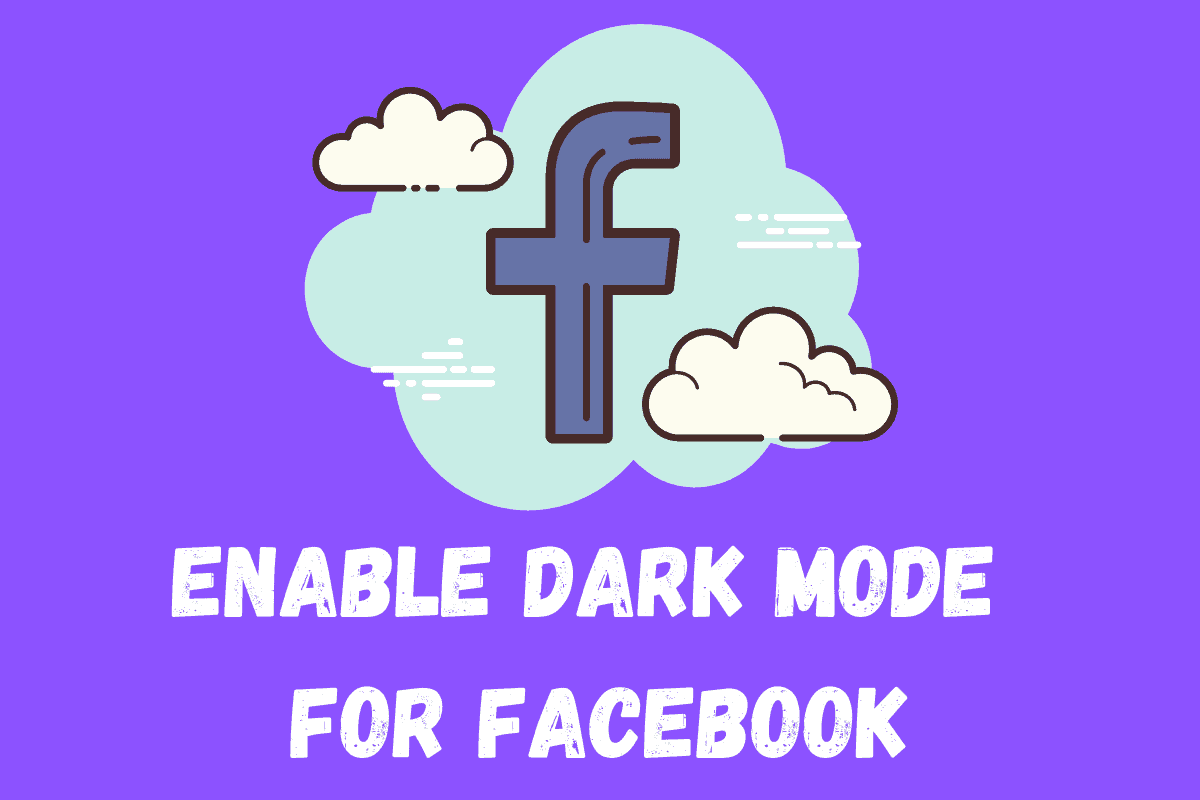