Nintendo has been pretty fierce in its objections about bringing its titles to iOS and Android.

This position has softened in recent years, with the release of titles of Android and iOS, but it’s still a long way from being a fully, mobile-facing company.

Why’s that? Simple: it wants to protect its IP; Nintendo doesn’t want its brand diluted on mobile, trivialized in tap-based games. And I kind of get this, especially now that the Nintendo Switch is out.

But another reason for its lack of interest in mobile could well be because Nintendo had a plan for mobile all along. According to recently unearthed patents, Nintendo has plans for a phone case that would turn any phone into a Game Boy.

The case would wrap around a phone, overlaying the traditional Game Boy button and settings layout on top of the display. There would be a viewing window, where a portion of the phone’s display is turned into the Game Boy display.

The case would presumably work via some kind of Nintendo application, where users could download and buy content. The patent was originally picked up by Siliconera:

“According to the patent, the game would be displayed in the corresponding portion of the touchscreen that is viewable, making it possible to play the game with the cover attached to the touchscreen device (which in the example is a smartphone).

When’s It Coming Out?

Not so fast! As always: patents do not mean something is actually happening. Tech companies are always experimenting with new technology and patenting things. Nothing official has been even rumored about this case yet, and we don’t expect that to change anytime soon.

What it does tell us, however, is that Nintendo is interested in the mobile space; it just has to find a way to “own” its IP on Android and iOS. Using a device such as this could be one way of doing that.

iPhone is trickier, as Apple doesn’t let do publishers do in-app purchases but something like this would work great on Android.

We’ll be following this one very closely… 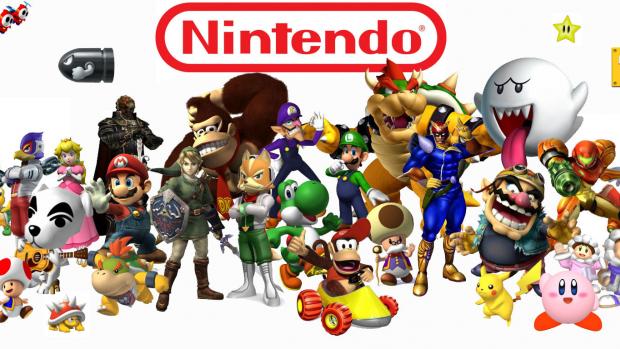