There’s a lot to like about the RealMe GT Master Edition; it is well priced, has decent specs, and has a great camera. Could this be your next phone? Let’s find out…

Master Edition sounds impressive, right? Like it should be the de facto choice for those after the best possible performance. As with Samsung’s FE phones, however, this is not the case here: the RealMe GT Master Edition Review is a cheaper, less powerful version of the RealMe GT.

It’s only when you delve under the hood and look at its internal specs and components that you find out you’re not dealing with a proper flagship. It doesn’t run the most powerful CPU, for instance, and it has no IP rating either.

But the RealMe GT Master Edition does make up for this in other areas: the camera is brilliant, for instance; it has a gorgeous 120Hz Super AMOLED display; it is designed beautifully; and, lastly, it has more than enough power to keep most normal users happy.

In this respect, the RealMe GT Master Edition is a bit like the VIVO X60 Pro – it looks and feels like a flagship phone. But in actual fact it is not; in actual fact, it is a potent mid-range Android phone that delivers spades of value with everything you’d expect from a modern phone.

But is it any good? Or are you better off with something like Google’s Pixel 5a, the OnePlus 9, or the Xiaomi Mi 11? I just spent a solid month testing the RealMe GT Master Edition, so let’s find out how it did…

The RealMe GT Master Edition is a good-looking phone. There’s no way of getting around this fact. Like the VIVO X60 Pro and the RealMe GT, is slim, well built, and has a large, expansive display. From every angle, it looks expensive, premium, well-built. I like the way it looks and feels.

The phone’s dimensions are 159.2 x 73.5 x 8mm and it weighs 174g. In the hand, the RealMe GT Master Edition feels agile and solid. You have a volume rocker on the left, the power/unlock button on the right, a USB Type C port at the bottom, and – wait for it… A HEADPHONE JACK!

On the rear, you have some RealMe branding but it is less in-your-face than on some of its other models. The camera module, which is home to three sensors, sits at the top left-hand corner and nicely blends into the overall design and aesthetic of the phone.

I wouldn’t describe the RealMe GT Master Edition as conservative, but it is definitely “less busy” than some of RealMe’s other phones. Put it in a case, like the one provided in the box, and the phone just becomes a handsome slab of screen – just like any other phone you can think of.

And you will want to make use of the provided case too; the edges of the phone’s chassis, while pretty, will be easily scuffed and dinged with even the smallest of drops. The RealMe GT Master Edition also does not come with any water resistance rating either, so you’ll want to keep it away from water.

The RealMe GT Master Edition is available in matte white, matte white, and grey. My test unit was the grey model. I think I like it best too. All the color options look nice, however, so whichever appeals to you the most will look smart and eye-catching when it is out in the wild.

The RealMe GT Master Edition features an incredibly sharp and detailed 6.43in Super AMOLED display with a 120Hz refresh rate. It looks and flows wonderfully but it does not support things like HDR which you will notice if you’re coming from a phone that has it — especially in games and when watching media on the device.

It’s a Samsung-made display, so the quality is there. But you only have 1080 x 2400 pixels of resolution, so 1080p. This is fine for the most part but if you’re used to running a phone with a higher resolution, the switch back to 1080p, especially without HDR, might be a little jarring. If you don’t want any of that means, chances are you’ll love the display.

RealMe has also included a bunch of screen settings too, so you can adjust how the Super AMOLED display outputs. Want a darker, less intense screen? No problem. Want to boost the contrast? Again, no problem. I didn’t really use this feature much, but it is a nice addition for those that like to tinker with their phone’s settings.

As it stands, the main specs and hardware in the RealMe GT Master Edition are pretty solid. You have Qualcomm’s Snapdragon 778G, 8GB of RAM, and either 128GB or 256GB of storage. The phone supports 5G, and it comes with things like Face Unlock and an under-the-screen fingerprint sensor.

The battery is a 4300mAh unit and the RealMe GT Master Edition supports 65W fast-charging which will charge the phone from dead to 100% in 33 minutes. There’s no wireless charging, although, this is pretty much standard at this price point.

For nearly everything most people do on their phones, the RealMe GT Master Edition shouldn’t create any issues. It performs well, the software (RealMe UI 2.0) looks great and simple to use, and you have plenty of processing power via Qualcomm’s SD778G CPU and the phone’s 8GB of RAM.

Is it as powerful as the OnePlus 9 Pro or the Xiaomi Mi 11? No – those phones come with Qualcomm’s flagship Snapdragon 888 chipset and 12GB of RAM. But they also cost quite a bit more than the RealMe GT Master Edition too. As I said earlier: this is a mid-range phone, not a flagship despite how good it looks.

During my month with the RealMe GT Master Edition, I didn’t have any performance-related issues. The phone ran smoothly, handled everything I threw it at and did not have any issues with any of my core apps, games, or media platforms.

In terms of overall performance, it is easily on par with the Google Pixel 5. Navigating menus and switching between apps is rapid, I didn’t come across much lag or stuttering, and its 120Hz display makes all the UX’s transitions appear buttery smooth. In fact, if you told me this phone ran the SD888, I’d have believed you – the performance is that solid.

And this is the main takeaway here: most people DO NOT need to pay extra for Qualcomm’s more expensive SD888 chipset. Not when the cheaper SD778G does just as well in most instances. Yes, the 888 is faster and more powerful. But if you don’t need or use that extra power, what’s the point of paying more for it!?

I review phones for a living and I do a lot of work on my phone. I test flagship phones, iPhones, and cheap phones. I know when a phone sucks, basically. And in my experience, albeit only a month, the RealMe GT Master Edition performs just as well as most £700-£800 flagship phones.

What’s the difference between the RealMe GT Master Edition and the RealMe GT? Not that much, really, as you can see below.

The RealMe GT has a better processor – the SD888 – and a slightly bigger battery. It also comes in different colors (Dashing Silver and Dashing Blue). But where it counts – RAM, camera tech, design, screen tech – the phones are more or less the same.

My advice? Save your money and go with the RealMe GT Master Edition; it is quite a bit cheaper and more or less the same phone just with a slightly less potent chipset, although 99.9% of people will not be able to tell the difference with normal usage.

For the price, the RealMe GT Master Edition features a very respectable camera module. You have a wide lens, and ultrawide lens, and a macro lens. There is no telephoto lens, however, but it does feature a 32MP front facing camera which is pretty decent – especially you take a lot of selfies.

In practice and out in the wild, the RealMe GT Master Edition’s camera is pretty darn sweet. It has decent HDR processing which quickly fixes any inaccuracies in your images, and the app itself – a clone of the iPhone’s camera app – is easy to use and packed with useful features.

Low-light performance is VERY good for how cheap this phone is; it’s not Pixel 5 good but it is very commendable for how much this phone costs. The macro lens is a bit squiffy, as you’d expect with a 2MP sensor, and there’s no optical zoom – but, again, that’s par for the course at this price point.

What the RealMe GT Master Edition does well is make capturing good-looking, detailed photos really easy. It also captures really nice video too, although I didn’t test this aspect out quite as much – I just don’t tend to do video recording that much!

The front-facing 32MP camera is a big update over what you get on the GT model. It takes really amazing-looking shots; if you take a lot of selfies or like going live on TikTok or Instagram, the RealMe GT Master Edition is a brilliant option for doing just this – it’s 32MP camera on the front is great.

And in true, mid-range-Chinese-phone-style, RealMe has added a ton of filter options to the front-facing camera, so you can smooth out your wrinkles, make yourself look thinner, and all that other weird stuff that teenagers and millennials are obsessed with for some reason.

All told, I was really impressed by the camera on the RealMe GT Master Edition. Both the front and the back – they both punch well outside the phone’s price class. And that is significant and definitely worth keeping in mind if you’re considering this phone.

The RealMe GT Master Edition runs a 4300mAh battery which isn’t massive by any stretch of the imagination. But it does get the job done, especially since you can quickly top it up with the phone’s built-in 65W fast charging capabilities.

During my time with the phone, I didn’t once run out of battery. If I knew I was going out after work, I’d give it a quick 20 minute blast and get it back to 100%. Then it’d go all night long.

This is the really cool thing about having properly fast-charging on your phone, battery life is never and issue. So long as you have your cable with you, you can add in around 40% extra battery life inside 10 minutes.

And this means you’re not longer reliant on having a massive battery inside the phone which not only makes the phone itself bigger and heavier, but also more expensive too – larger components cost more money to buy in.

Conclusion: Is The RealMe GT Master Edition Worth It?

Did I enjoy testing the RealMe GT Master Edition? I did; it was fantastic to use and abuse for the month I had it. It didn’t miss a beat, I had no issues, and the camera is great – better than 99.9% of its peers.

The battery life is solid, I actually really like RealMe’s software, and the phone runs on Android 11, so get all the benefits of Google’s currently latest operating system.

Add in solid battery life, a nice sleek design, plenty of storage, and a killer screen and you’re looking at one of the best value phones on the market right now.

I still prefer the OnePlus 9 Pro, but the RealMe GT Master Edition comes highly recommended if you’re after a reliable, solid mid-range phone that punches well outside its weight class.

You can pick up the phone via AliExpress – it retails for sub-$400. 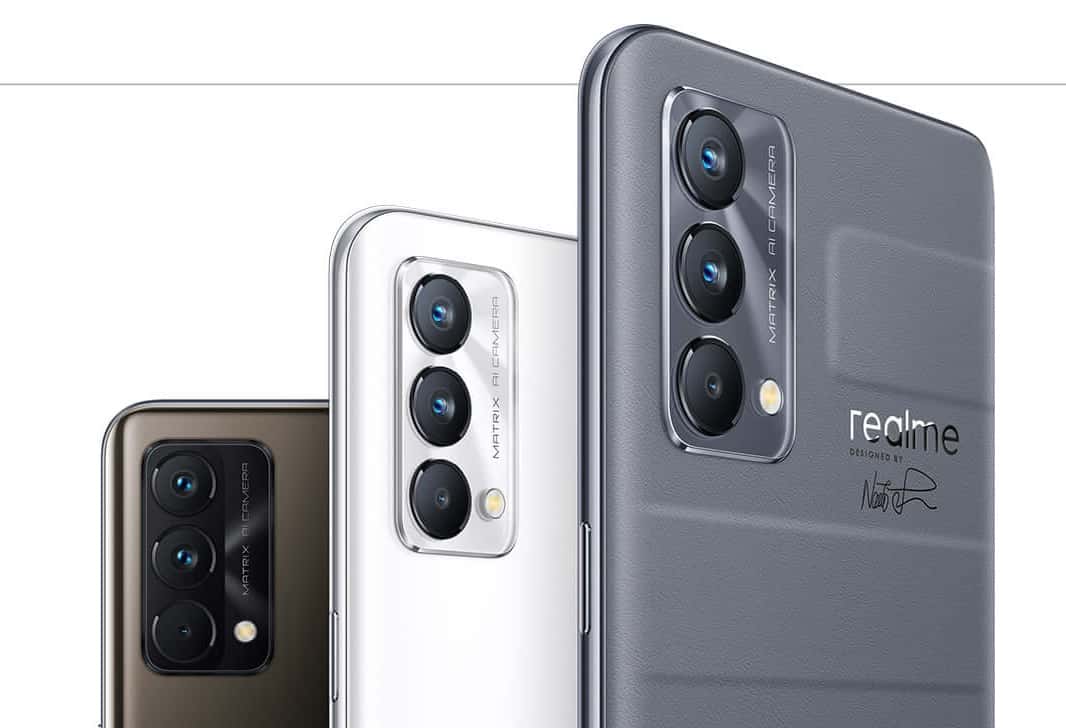