The VIVO X60 Pro is a great-looking flagship Android phone with a respectable price tag and killer specs. What’s not to like? Let’s find out… 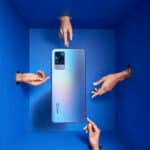 VIVO X60 Pro Review: Better Than The Xiaomi Mi 11?
VERDICT
I do like the VIVO X60 Pro and I had a great time testing it but for the asking price, it does fall short in my eyes. If it cost £499, I’d be recommending this phone to everyone. But it doesn’t. And at this price point, the VIVO X60 Pro, with all of its foibles, just isn’t as competitive as the competition.
PROS
Great Design; Lightweight. Unique-Looking
The Gimbal Stabilization Is AMAZING
Nice-Looking UX, Very Similar To Stock Android
Solid Camera Performance
CONS
Doesn't Use Fastest Snapdragon CPU
Battery Life Isn't Great
No IP Rating
It's Too Expensive
72
Good. But Not Good Enough For The Price... 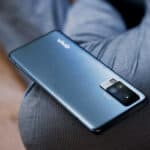 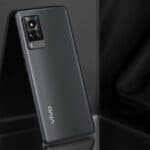 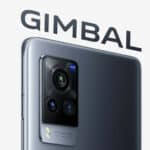 If you don’t want an iPhone or one of Samsung’s phones. Or a OnePlus phone, what’s the next best option? The market would argue that it is either a phone from RealMe or VIVO, the two fastest-growing phone brands on the planet.

I’ve just spent well over a month using the VIVO X60 Pro and, having used the X51 before it, I have to say, I’m kind of impressed. There is a lot to like about this phone – from its stunning industrial design to its rock-solid, gimbal-rocking camera module.

But is the VIVO X60 Pro a better option than, say, the iPhone 12 or the Xiaomi Mi 11? Both phones retail for around the same price, so choosing between these three handsets is always going to be tricky. I’ve used all of them so by the end of this post, I’ll have a definitive answer for you one way or another.

How do you make a phone interesting these days? It’s tricky. Most new phones kind of look the same; they’re usually all display on the front and have some kind of jazzy camera module on the back to keep things interesting.

VIVO follows this trend with the VIVO X60 Pro, but it does things slightly differently. The phone itself is definitely on the large side but it does feel very light in the hand which is a nice bonus. Its exact dimensions are as follows: 158.6 x 73.2 x 7.6 mm. And it weighs just 178g.

You have a 6.6in AMOLED display with a 120Hz refresh rate which is decent. The screen is only 1080 x 2376 pixels, however, which is considerably lower than the Xiaomi Mi 11 and Galaxy S21’s screen. But it does look good, thanks to its inclusion of HDR10+ and a whopping 90.1% screen-to-body ratio.

I also really like the color options for the X60 Pro too; mine’s the Shimmer Blue option and it looks fancy as heck. The black option is the more conservative option out of the two. I see most people gravitating towards the more modern Shimmer Blue option which looks great both in a clear case and when it is butt naked.

The power and volume rocker is located on the right-hand side, as usual, and you have support for dual-SIM and USB Type C for charging. And because this is a VIVO phone, you get RAPID charging too – around 33W – which is pretty decent. There is no wireless charging though, so if you want that you’ll have to look elsewhere.

VIVO also opted not to get the VIVO X60 Pro IP rated, meaning, officially at least, it is not water-resistant. I’ve dropped mine in the bath, however, and it survived, although it was only underwater for a few seconds. My advice? If you get this phone DO NOT get it wet, there’s no telling what will happen.

There’s also no SD support and no headphone jack either, so you’ll either need to use wireless earbuds. And if you want to keep it locked to VIVO, it does make a great pair of wireless headphones – I actually ditched my AirPods for them back in 2020 and they’re still going strong.

On the whole, the VIVO X60 Pro is one of the better-looking phones I’ve tested in the last couple of years. It’s smart-looking, thin, lightweight, and it packs a visual punch. Plenty of my friends asked about it on nights out, so, yeah, visually and from an industrial design perspective, the VIVO X60 Pro is a stellar update from the company.

Any caveats? There are a few if I’m honest. An IP rating would have been nice, even sub-£300 phones come with proper IP ratings these days. The display, while beautiful, is only 1080p. And there’s no wireless charging which is odd for a BBK brand. Other than that, the VIVO X60 Pro is a very attractive phone.

The VIVO X60 Pro runs on Qualcomm’s Snapdragon 870 chipset. This isn’t Qualcomm’s most potent CPU which is why you’ll mostly find it inside mid-range phones. But wait a minute, the VIVO X60 Pro isn’t a mid-range phone – so what gives? Simple, really: by using a cheaper CPU, VIVO is able to reduce the bill of materials cost and jack up the margins on the phone.

Had it used the Snapdragon 888, the price of the phone – or VIVO’s margins – would have been affected. Using cheaper components helps plucky start-up brands like VIVO and RealMe keep the price of their phones lower than Samsung and OnePlus.

The problem here is that, while the VIVO X60 Pro is plenty powerful, it is nowhere near as powerful as some of its similarly-priced peers – the iPhone 12, for instance, or Xiaomi’s Mi 11 handset. I get why VIVO used the 870 but the fact remains that the phone itself is underpowered compared to the competition. And there’s no way of getting around this fact.

In day-to-day usage, the VIVO X60 Pro feels fine. It doesn’t feel underpowered at all. But there is some noticeable difference in speed when compared to my iPhone 12 Pro and/or Xiaomi Mi 11. On these phones, things just run smoother, and apps and games load faster. And remember: the VIVO X60 Pro has 12GB of RAM too.

I’d give the VIVO X60 Pro a performance rating of 6.5/10; it has more than enough grunt for most people. But more experienced, demanding users will feel the power gap when pushing the phone (even when things like its dedicated gaming mode are activated). Me? I’d prefer the RealMe GT Master Edition or iPhone 12.

The VIVO X60 Pro’s main event and, indeed, its big selling point is its camera. VIVO loves its gimbal-stabilization technology, it has been pushing it for a couple of years now, and it really is as brilliant as you’d expect – especially for filming videos.

If you shoot a lot of videos, especially outdoor stuff, the VIVO X60 Pro is damn near the best phone for this kind of thing on the market right now.
With the rear camera on the X60 Pro, you have a triple-lens module made up of the following sensors:

The main sensor is powered by Zeiss optics and features gimbal stabilization which is amazing both for still shots and capturing video. On paper, the X60 Pro’s camera looks amazing. And in most cases it is. But it does fall victim to the occasional issue, most of it related to poor post-processing.

The VIVO X60 Pro will capture brilliant-looking still images, in a variety of lighting conditions, and great-looking video but it is not as good as my Pixel 5 or my iPhone 12. And this is ALL down to machine learning. You can have all the hardware you want, but if your post-processing isn’t on point, it’s all for nothing.

You’ll still get decent-looking results with the VIVO X60 Pro but it does lack the overall finesse you get with Google’s Pixel phones and Apple’s iPhone. My advice? If you’re a camera fan, go with the Pixel 5 or the Galaxy S21 Ultra. If you just want a good camera for social media posts or capturing regular stuff, the VIVO X60 Pro is more than enough.

Most Chinese phones come with a butt-load of bloatware preinstalled. The VIVO X60 Pro isn’t as bad as RealMe or Xiaomi. But there are plenty of apps you’ll never use, look at, or want on your phone. But, again, this is par for the course when you’re dealing with Chinese
phones.

The upshot of how VIVO does things is that its UX is very similar-looking to stock Android – the kind you find on Google’s Pixel phones. You can swipe left and access Google Discover and the icons and layout of the entire system feels very “stock” which is great – I love Pixel phones and one of the main reasons is because of their software and UX design.

VIVO’s software  – it’s called “Funtouch”, no joke – is infinitely preferable to RealMe and Xiaomi’s. It isn’t as busy and it just kind of gets out of the way, like good software should. This was one of the biggest surprises for me. I was expecting a clunky, bloatware-filled mess. But what I got was a sleek, well-executed, and very executed UX.

But there’s a catch, as always. The type of Funtouch you get on the VIVO X60 Pro will depend on what region you’re in. I’m in the UK, so I got the Stock Android-looking one. If you’re elsewhere, you might get something different, something not quite as clean and refined. I know there are multiple types of Funtouch (haha) and VIVO uses different ones in different markets.

I don’t normally worry about battery life; I haven’t for years. Most phones will now last a full day and then some. But during my time with the VIVO X60 Pro, my battery worries returned. Within a day or two of using the phone, I noticed the battery life draining faster than normal.

I checked the size of the battery, 4200mAh, and my fears were confirmed. Running a smaller battery than nearly all of its peers, without any clever software optimization, means you’re always going to be fighting a losing battle with power usage.

If you’re a heavy user, you can very easily drain the VIVO X60 Pro indie a normal day’s worth of usage. Add in things like games and an hour or two of Netflix or Disney+ and you’ll run it down before the sun goes down. This isn’t good. Not for a phone with this price tag. Why VIVO didn’t strap a larger battery inside this phone? I literally have no idea.

Conclusion: Is The VIVO X60 Pro Worth It?

For this amount of money, you expect a few things to be in place, things like an IP rating, solid battery life, and a high-resolution display. You’d also expect to have the best CPU money can buy. But on the VIVO X60 Pro, all of these things are missing.

For this reason, I’d argue that if you wanted to spend the best part of £800 on a phone, you’d be much better off with either the Xiaomi Mi 11, the OnePlus 9 Pro, or the Galaxy S21. Or, if you want to save A LOT of money, just get the Pixel 5 – it is amazing.

Or, if you’re not committed to Android, grab yourself the iPhone 12 instead.

I do like the VIVO X60 Pro and I had a great time testing it but for the asking price, it does fall short in my eyes. If it cost £499, I’d be recommending this phone to everyone. But it doesn’t. And at this price point, the VIVO X60 Pro, with all of its foibles, just isn’t as competitive as the competition.