LG might be seen by some as the ‘best of the rest’ when it comes to smartphones, but the company’s flagship handsets have nonetheless been responsible for some neat innovations; the G5, for example, introduced a modular system where you could augment the capabilities of the device, and LG has long been a fan of including wide-angle cameras for really impressive shots.

The Korean company hasn’t officially revealed its next flagship – it is expected to at this year’s Mobile World Congress – but it has announced that the phone will ship with a fancy 3D front-facing camera which takes a leaf out of Apple’s book.

In a press release, LG confirms that the LG G8 will ship with Infineon’s REAL3 sensor, which uses Time of Flight technology for accurate 3D mapping.

“While other 3D technologies utilize complex algorithms to calculate an object’s distance from the camera lens, the ToF image sensor chip delivers more accurate measurements by capturing infrared light as it is reflected off the subject,” LG said. “As a result, ToF is faster and more effective in ambient light, reducing the workload on the application processor thereby also reducing power consumption.”

LG isn’t the first in the market to use a ToF sensor – there’s one on the Honor View 20 – but it appears to have adapted the tech for security as well as cool photos. “Due to its fast response speed, ToF technology is widely used in various biometric authentication methods, such as face-recognition,” LG continues. “What’s more, because ToF sees objects in 3D and is not affected by light from external sources, it delivers an excellent recognition rate, both indoors and out, ideal for implementation in augmented reality (AR) and virtual reality (VR) applications.””

Could this mean that the LG G8 will ditch the fingerprint scanner in favour of a Face Unlock system, as Apple did with the iPhone X? Leaked renders suggest otherwise, but we’ll no doubt find out at MWC 2019. It’s clear that LG is betting big on ToF tech and is hoping that the G8’s camera smarts will be enough to allow it to stand out against the competition – competition which will harness gimmicks like folding screens.

“The LG G8 ThinQ featuring ToF will be the optimal choice for users in search of a premium smartphone that offers unmatched camera capabilities,” said Chang Ma, senior vice president and head of Product Strategy at LG Mobile Communications Company. With the Pixel 3 seen as top dog in the smartphone photography space, that’s quite a bold claim 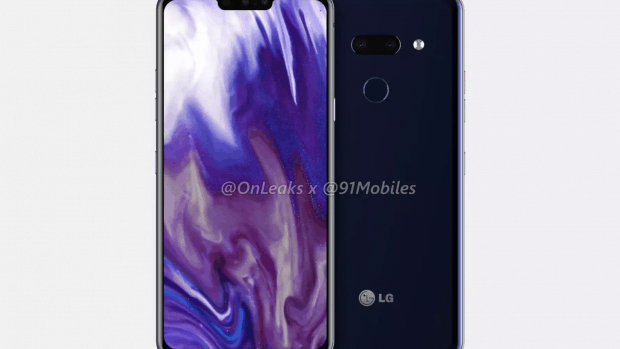