A short while ago, we heard talk of a new re-booted LG V30 for 2018 – it was said to be launching at MWC, but this didn’t occur. However, the handset is reportedly going to launch on March 9 – tomorrow at time of writing – with a whole bunch of details now leaking out just ahead of the big reveal.

In fact there are actually two new LG V30 models launching in South Korea tomorrow – the LG V30s ThinQ and the LG V30s+. An official LG site revealed the details.

The LG V30s ThinQ comes with 6GB of RAM and 128GB of storage. Aside from this, as per earlier reports, the spec sheet will be mostly the same as the existing LG V30, but with the addition of LG’s AI brand; “ThinQ”, which will be responsible for a bunch of new camera features and voice control features. However, existing LG V30 handsets will be getting updated with ThinQ features on September 9 this year, including AI camera, Bright camera, Q Lens and Q Voice. Thus, the only real reason to go for a new LG V30s ThinQ is really the storage and RAM boost.

The LG V30s+ is essentially the same deal once again, but this time with 6GB of RAM and 256GB of storage. In South Korea, the phones will go up for pre-order today and begin shipping on launch day tomorrow, however, this is just for the South Korean market. As yet, we don’t have details of a wider release. We do have local Korean prices though; KRW 1,048,300 for the LG V30s ThinQ and KRW 1,097,800 for the LG V30s+. That’s roughly $975 and $1,020 respectively.

Read on below for our original coverage of the new LG V30 rumours prior to MWC 2018.

LG’s flagship from last year, the LG G6, was a bit of a flop, in part owing to the fact it ran a processor from 2016 because in the first half of 2017 (when the LG G6 launched), Samsung had hogged all the Qualcomm Exynos 835 processors for its Galaxy S8. That meant that LG ended up launching another phone later in the year, which was a much better flagship-standard handset despite not being the firm’s main flagship brand; the LG V30 basically superseded the LG G6 in nearly every way and proved a lot more popular with reviewers and consumers alike.

And now in 2018, LG may be already prepping a new model for launch as early as MWC 2018, which is taking place towards the end of February. According to a report from Slashgear, LG is going to be in attendance at MWC 2018 in Barcelona, Spain, and it’ll unveil a new and revamped LG V30. By the sounds of things, although it will incorporate new features, this won’t be a true sequel, hence why its not being dubbed the LG V40, instead it’s more like the OnePlus 5T to the OnePlus 5, or something like that.

A big emphasis will allegedly be new software focusing on AI and voice commands; a feature called Voice AI will reportedly let users give unique commands to Google Assistant not found on any other smartphone. Many of the commands are related to launching the camera in a specific mode. Here’s a quick shortlist below:

So amongst other things, Vision AI will use image recognition for search and shopping functions, but on top of that it’s said it will have image recognition for over 100 million images which it will use to inform you on the best setting for the camera, based on what you’re looking at. It’ll reference eight different camera settings based around things it sees in the image, for example, the reflections, the angle, and the lighting.

With all of this said, the changes do appear to be entirely software based, meaning there may not be many changes to the new LG V30 (although we doubt there will be no changes at all), however, it does mean that LG reportedly intends to introduce the software package to its existing phones that can use it, which could well mean the current LG V30 gets a Vision AI update in the future. 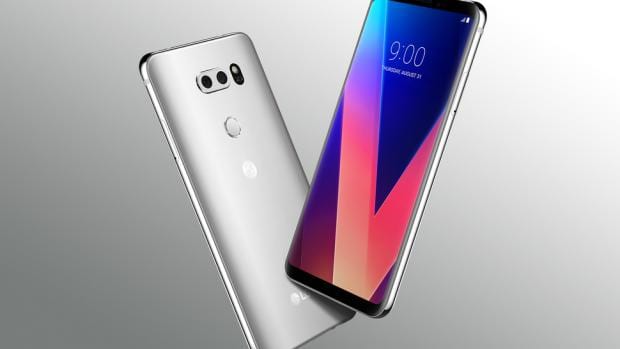