iPhone Battery Replacement: The #1 Way To Improve Your Old iPhone

If there’s anything that is going to need repair or replacement on the iPhone during its lifetime it’s going to be the battery. Talk to anyone you know and if you ask someone if they’ve replaced their iPhone’s screen or their iPhone’s battery, they’ll almost always say the battery.

Your iPhone’s battery is one of the most things inside the phone. Over time, though, the battery degrades and this affects both your iPhone’s performance and usability – it’s also why your iPhone might start dying at 25% all of sudden. If this is happening to you, it means your battery is dying.

I’ve done this once before. I had the battery in my iPhone 6 replaced; I got it done via Apple’s battery replacement service. All in, I think it extended the usability of the phone by 100%. It ran like new. And the battery life improved massively compared to before, so if you have an old iPhone lying around, rather than swapping it out for a new one, maybe just spend $50 on a new battery instead.

Getting a new battery installed on the iPhone is actually quite easy, though, especially if you do it via Apple’s official battery replacement service. If your phone is out of warranty, having the battery replaced inside your iPhone will cost £49 for non-iPhone X models and £69 for any iPhone from the iPhone X up (this includes XS, XR, and iPhone 11 models).

But the #1 reason for replacing your iPhone’s battery is that it is so much cheaper than getting a new iPhone. For instance, if you have an iPhone 6 or iPhone 7 (even an iPhone 8), replacing the battery will get you another couple of year’s worth of usage from the phone. And it’ll only cost £49 versus £600 to £1200 for a brand new iPhone. 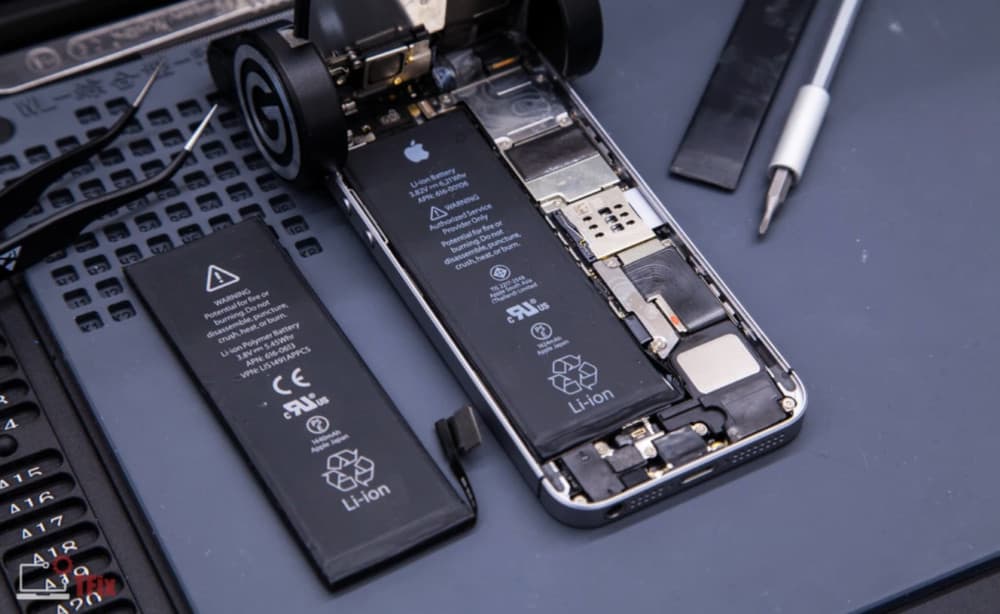 For me, this is the #1 reason to replace your iPhone’s battery regularly – at least once every 12 to 18 months. You’ll save a fortune by not having to buy a new phone and your current iPhone will last about 3X longer. 99.9% of the issues that plague older iPhones are associated with battery degradation. Fix this by getting a new battery installed and you’ll have far fewer issues with your iPhone – even if you’re using an older model.

But just when do you need to replace an iPhone battery and how do you go about it? Read this before you do anything first!

Why Do iPhone Batteries Need To Be Replaced?

OK, first things first: ALL smartphone batteries eventually need to be replaced. It doesn’t matter if it’s an iPhone, a Samsung Galaxy, a Google Pixel, or any other smartphone out there. After a long enough timeline, you’ll need to either buy a new phone or get the battery in your current phone replaced.

The reason batteries hold less charge as time goes on is because those chemical processes naturally deteriorate as time goes on, meaning the battery can hold less and less of a charge. In other words, every battery in any device out there today will ultimately degrade and fail over time. It is 100% completely normal.

How Long Do iPhone Batteries Last?

The battery in your iPhone (and any other smartphone) should hold a stated charge (such as 18-hour battery life) for at least 12-18 months considering you haven’t caused any physical damage to the battery.

After that timeframe, the storage charge capacity (the time it can keep the device running) will naturally begin to degrade. This means that even though the battery is “fully charged” it won’t be able to power your device as long. For example, if you bought a new iPhone with an 18-hour battery life, after 19 months you may find it only has a 15-hour battery life. And after 3-4 years it’s possible the battery life could be down to 10-12 hours.

Can You Repair An iPhone Battery?

Technically we’re sure scientists and engineers can on an individual level, but “repairing” a battery isn’t viable or economically feasible for users or tech companies. It’s just cheaper and faster to buy a new battery.

Will A New Battery In My iPhone 6 Or iPhone 7 Be As Good As The Original?

Where Should I Get My iPhone Battery Replaced?

If you have the option, go to an actual Apple Store. Apple is going to use Apple-approved batteries to replace your old iPhone battery. Plus Apple technicians are trained by Apple so you know it’s being installed correctly. If you don’t, use Apple’s online service. Or, you can use third-party companies to get a replacement battery – though this isn’t recommended!

How Much Does An iPhone Battery Replacement From Apple Cost? 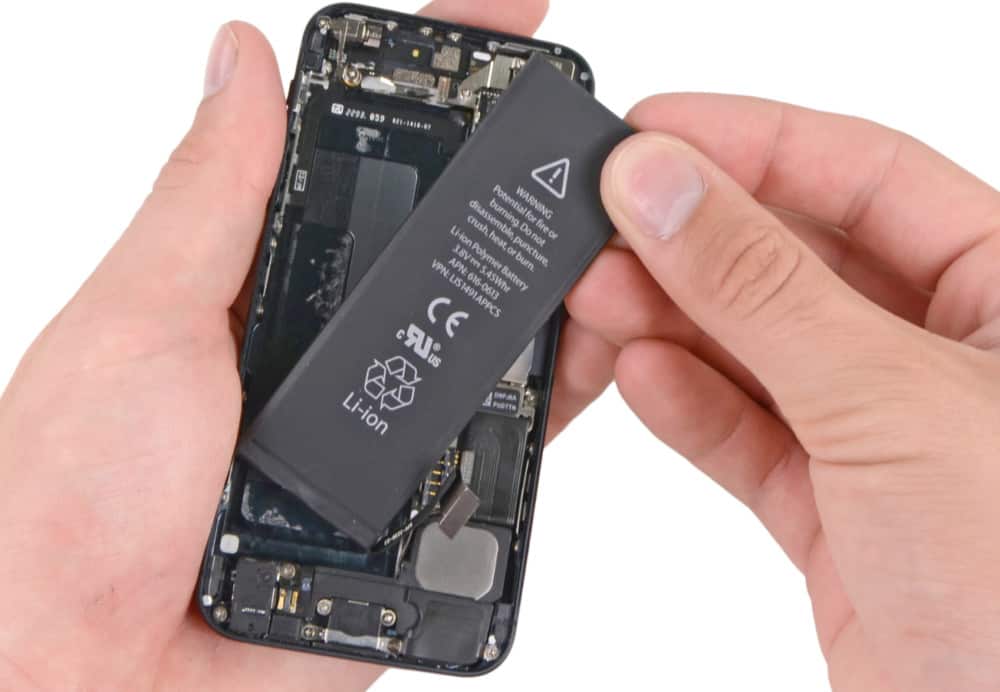 If your iPhone is still covered by its warranty or if you bought AppleCare+ Apple will replace your battery for free.

If your iPhone is out of warranty and you don’t have AppleCare+ it will cost $49 for a replacement battery if you have one of the following iPhones: iPhone SE, iPhone 6, iPhone 6 Plus, iPhone 6s, iPhone 6s Plus, iPhone 7, iPhone 7 Plus, iPhone 8, iPhone 8 Plus, and all other eligible models.

You can check out all the details of getting a new battery via Apple by contacting its battery replacement service – you can do this here. 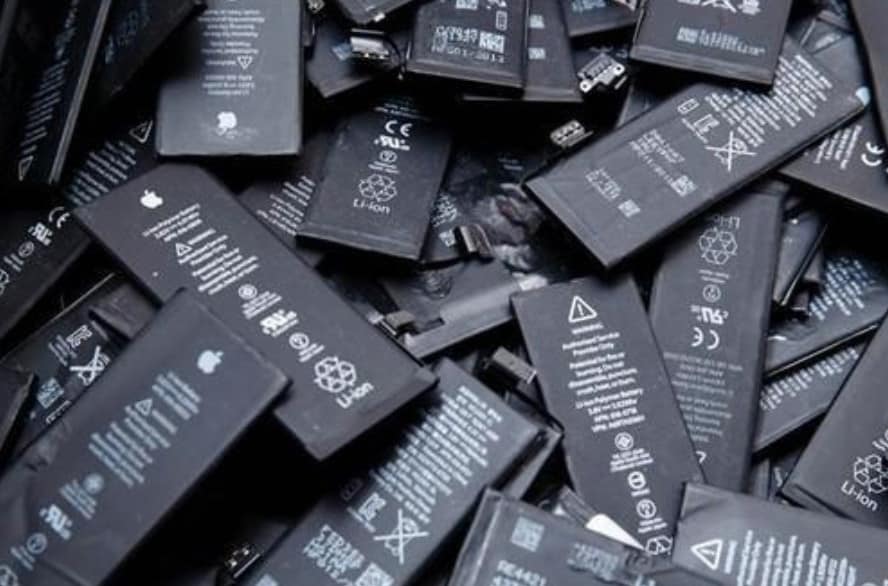