The #1 Biggest Problem With The iPhone XS, iPhone XR (And iPhone 11…)

Apple’s 2018 iPhones make for an impressive trio. The iPhone XS and XS Max boast stunning OLED screens and solid designs, and the cheaper XR – while sporting an LCD panel – is no less impressive from a technical standpoint; all three devices are powered by Apple’s A12 Bionic chipset and are among the most powerful smartphones on the planet right now. Even the occasionally irksome Face ID can’t take away from the fact that Apple’s latest blowers are pretty fantastic.

As we all know, Apple charges a premium for its phones – the infamous ‘Apple Tax’, according to the company’s critics. Compared to similarly-specced Android phones on the market, Apple’s handsets cost slightly more; an understandable increase when you consider that the firm arguably goes that extra mile to ensure its phones have that additional spit and polish right out of the box. Having that logo on the back of your handset costs you, but for most fans, it’s worth the investment. And the iPhone X was the first $1000 phone to be released too, lest we forget!

Despite asking you for over the odds for its products, Apple seems to relish short-changing its customers at every available opportunity. The 2018 iPhones are a shining example of this; all of them support fast-charging but none come with a charger capable of supplying the correct amount of power for this feature.

To Apple diehards, this might not seem like a big deal; after all, they’re used to this practice. But to anyone else, it’s almost criminal. We can’t think of a single Android phone we’ve owned (or had in for review) that supports fast charging and doesn’t come with the required charger in the box; it’s a core feature, and as such, most Android phone makers realize that their customers want to use it on day one, rather than having to shell out more cash to access it. What good is advertising that your phone has fast charging when you have to pay extra for the privilege?

The bad news doesn’t end there if you’re an Apple fan. While the iPhone XS, XS Max and iPhone XR all come with a pair of Lightning-compatible wired headphones, the phone doesn’t come with a dongle that allows you to use a pair of 3.5mm cans. “So what?” the Apple faithful will no doubt say. “At least there’s a pair of headphones in there, right?” That’s true, but compare this what Google offers with its shiny new Pixel 3 – you not only get the wired USB Type-C headphones, but also a 3.5mm dongle in case you want to use your own pair (and yes, the Pixel 3’s charger supports fast charging, too).

If You Take Away The Headphone Jack, At Least Give Us A Free Converter!

Google clearly understands that giving the consumer choice is the key to a successful shopping experience; so why isn’t Google – and companies like Google – utterly smoking Apple in the smartphone arena? Why, if Apple is such a shoddy firm when it comes to ripping off its consumers, does everyone seem to own an iPhone? Simple – Apple removes the choice but makes the consumer think it’s a positive.

Think back to when Apple dropped the 3.5mm headphone socket on the iPhone 7; Apple’s company line was that it “took courage” to make the change; like it was doing something painful to benefit the end-user. Of course, it had absolutely nothing to do with the fact that the company also owns Beats by Dre, a headphone firm which makes loads of wireless cans – or that Apple was releasing its own brand of super-expensive wireless AirPod headphones – honest! Apple removed choice in a way that was totally anti-consumer, yet your average Apple fan is so tanked-up on iPhone Kool-Aid that they barely batted an eyelid; they just picked up some AirPods (a snip at £160!) and forgot about the 3.5mm connection.

Where Apple goes, the industry follows, and now there are loads of Android phones on the market that have also ditched the headphone socket. However, Apple is the enabler here; any other firm would never have gotten away with this and certainly wouldn’t get away with advertising its phone as supporting fast charging but then neglecting to include the correct charger in the box – with a phone that costs over £1000.

And, no, this approach didn’t change with the iPhone 11 series either.

However, Apple’s almost fanatical fanbase will endure almost any wrongdoing in order to stay loyal to the brand, which is why the company continues to pull stunts like this. Why include a fast charger in the box when you know leaving it out will make zero difference to your average iPhone buyer? That’s an extra £70 Apple can potentially make per iPhone sale (even more if you include the 3.5mm dongle into the equation). You can hardly blame the company in this regard; this is extra, valuable revenue. In fact, it feels to me like your average Apple fan actually likes having to offer up additional money to its technological God; like this is some kind of penance that somehow improves their standing in the eyes of The Church of Cupertino.

Will this situation ever change? I can’t see it happening, simply because unlike any other firm on the face of this spinning globe, Apple is almost bulletproof in the eyes of its supporters. It’s easy to see why this is the case, too; I use a MacBook Air as my primary work computer and I love it – it’s elegant, easy to use and welcoming – all things that my last Windows-based laptop was not. While I’m an Android user first and foremost, I’ve owned several iPhones in the past and the user experience is almost always superior (the Pixel 3 is perhaps the first Android phone I’ve used which seriously challenges this). And even if Google made a phone which ‘out-iPhoned the iPhone’, it would still be lacking the almost impenetrable walled garden that is the Apple ecosystem; a series of products and services which, when used together, make for a seamless and hassle-free experience.

This is what people pay for when they buy Apple products, and this is why they will seemingly put up with all manner of shady business practices to ensure they get a device with that famous logo on the back. Blind devotion? Not always. Worrying? Yes, because until consumers make a stand and demand better treatment, Apple is never, ever going to change. 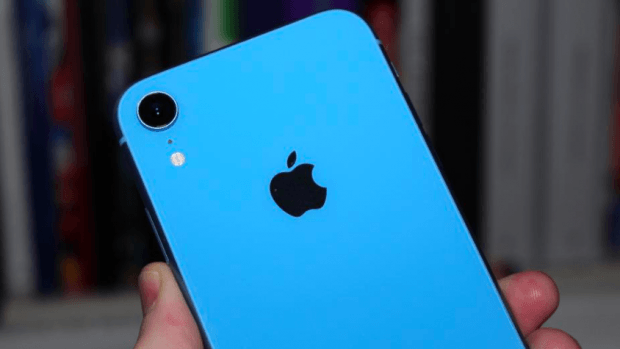