The online smartphone accessory retailer Mobile Fun has already begun taking pre-orders on official Note 20 accessories, months before the phone is officially announced, with the official reveal expected to be sometime in August.

Mobile Fun’s strong relationship with official Samsung suppliers allowed them to get early access to stocking lists containing some key details regarding Samsung’s upcoming devices. So confident are Mobile Fun in the information received, that they have already listed for sale all of the accessories on their website under page headings of Samsung Galaxy Note 20 and Samsung Galaxy Note 20 Plus.

Detailed below are three screenshots from an email received by Mobile Fun from their officially licensed Samsung supplier, which detail the line-ups for two Note 20 series smartphones codenamed the Canvas C1 and Canvas C2. 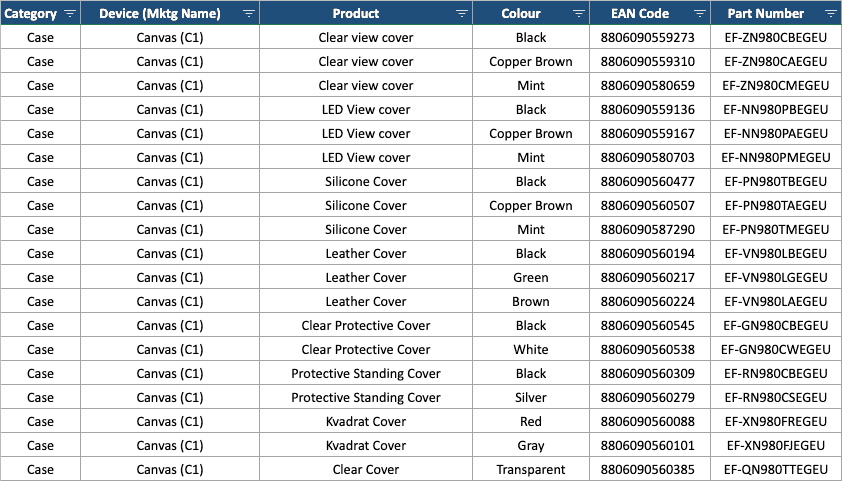 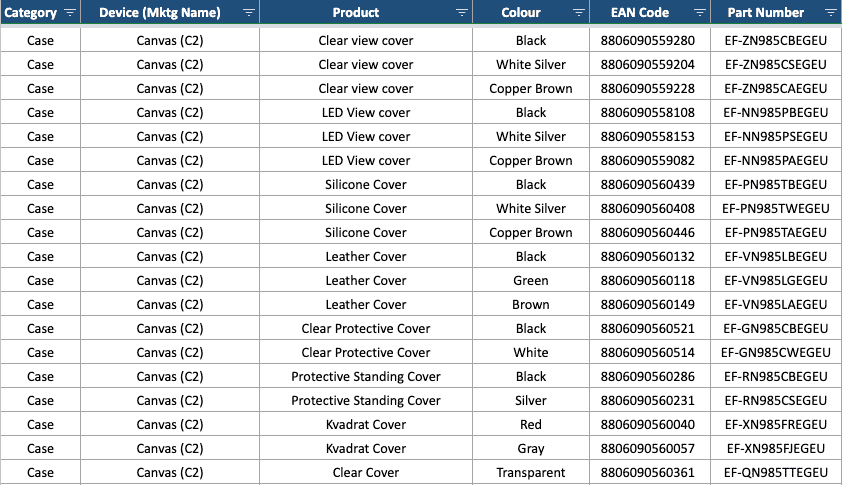 Also included with the official case line-up information, were details regarding the official replacement S Pens for the Note 20 series. While its fairly standard for Samsung to produce replacement S Pens, having this information early does reveal possible Note 20 color options. With the S Pens coming in black, white, grey, copper, and mint options, it is highly likely that the Note 20 series will come in these colors also.

The Galaxy Note 20 series looks set to continue Samsung’s unique large smartphone with stylus experience and we here at Know Your Mobile is super excited to learn more about these upcoming smartphones and share this information with our readers as more makes our way.