How does the new Kindle compare?

Amazon has launched an all-new Kindle e-reader. However, this Kindle isn’t one of the company’s more fancy ones like the Paperwhite or Oasis (which you can see compared in the table below). Instead, this new Kindle is meant to compete against the last entry-level Kindle, which has been around since 2016.

UPDATE: Amazon no longer sells the 2016 model of its base Kindle e-reader. This isn’t especially bad news, however, as the latest model retails for the same price and has improved storage and battery life, as well as a better display.

For all intents and purposes, the design of the 2019 Kindle is almost the same as the 2016 Kindle. Both come in white or black models and both sport the same physical look. However, there are a few design differences.

Another difference is the weight. The 2019 Kindle is actually a little heavier than the 2016 Kindle, despite it being a thinner device. We are mainly attributing that to the 4 LED lights now found in its display (more on that in a bit). But overall, you won’t tell much of a difference between the two devices based on looks alone.

Of course, perhaps the most important thing about an e-reader is the display. The new entry-level 2019 Kindle and the 2016 Kindle do have similar displays—but not totally identical. When it comes to similarities, both feature a 6in display with Amazon’s E Ink Pearl technology at 167 ppm and with 16-level grayscale.

The difference comes from the new 2019 Kindle having a built-in adjustable front light, which makes reading the Kindle easier both indoors and outdoors. The front light takes the form of 4 LED lights. The 2016 Kindle has no lights. 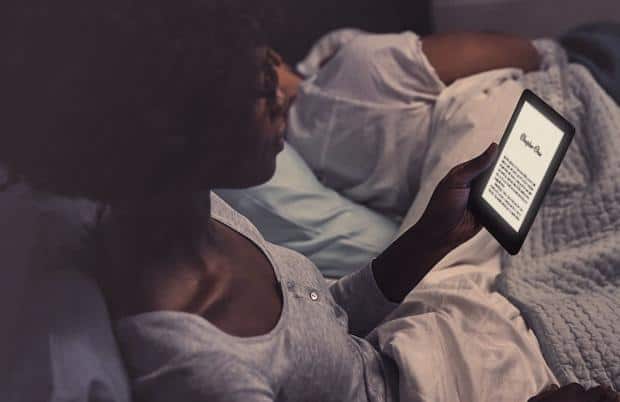 Storage on both Kindles is the same at 4GB—enough for thousands of books even after 1GB of that storage is already taken up by the OS. And both Kindles come in two flavors: one with “special offers” and one without. “Special offers” is Amazon’s code for “ads”. So if you opt for the cheaper “special offers” version you’ll see ads pop up on your home screen.

The new 2019 Kindle is perfect for people who liked the old Kindle but wish it had a built-in adjustable front light like more advanced Kindle models do. If you’re one of these people, the 2019 Kindle is worth grabbing.

The 2019 Kindle comes in two editions:

UPDATE: Amazon has now stopped selling the 2016 model Kindle. If you want to pick up a Kindle for less, however, Amazon offers a bunch of its Kindle devices inside its Renewed Program – these are basically refurbished units, but they function and look as good as new.