How To Turn on iPhone & iPad Dark Mode (#1 Easiest Method)

Yep, the iPhone and iPad FINALLY have Dark Mode. You can thank iOS 13 and iPadOS 13 and above for that. Fans have clamored for a dark mode in iOS for years and it’s finally here–and it looks stunning. Announcing the feature when Apple unveiled iOS 13 and iPadOS 13 in 2019, Apple said:

“Dark Mode introduces a dramatic new look for iPhone. It’s thoughtfully designed to make every element on the screen easier on your eyes and is seamlessly integrated throughout the system. And it’s simple to turn on from Control Center or set to automatically turn on at night.”

What Is Dark Mode On The iPhone & iPad? Simply put, Dark Mode on iPhone and iPad turns all the white or bright elements of the iPhone’s user interface into black or dark elements. These elements include things like scroll bars, headers, the backgrounds of emails and apps (which are normally white), and even transparent elements, like the Dock and Control Center take on a grey appearance.

Dark Mode on phones and other devices is nothing new. Macs have had dark modes for a few years and so has Android. And some apps even offer a dark mode by themselves.

But the iPhone’s Dark Mode makes everything uniform. It brings a consistent “dark” look across the operating system and apps that have built-in dark mode support.

Why Do People Like The iPhone’s & iPad’s Dark Mode?

Put simply: it looks badass. Or at least that’s what many people think. Dark Mode gives a completely new look to your iPhone and iPad–with many saying the mode brings an elegance or professionalism to the iPhone that the regular white/light mode of iOS lacks.

But there are other benefits to dark modes. Studies have shown that dark modes can preserve battery life. This is because the smartphone’s display doesn’t need to use as much brightness–and thus battery power–to illuminate the screen using dark modes as they do light modes. 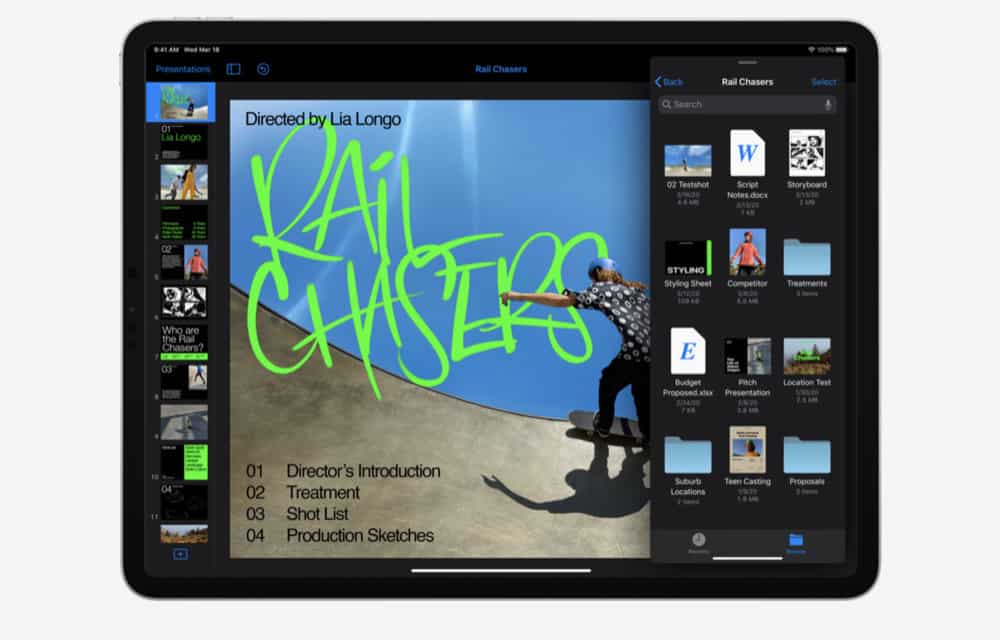 Dark Mode is supported on any iPhone that can run iOS 13 or higher. These iPhones include:

Dark Mode is also supported on any iPad that can run iPadOS 13 or higher. These iPads include:

How To Enable Dark Mode On The iPhone

There are TWO ways you can enable Dark Mode on iPhone. Here’s the first:

But there’s an even simpler way to activate Dark Mode: 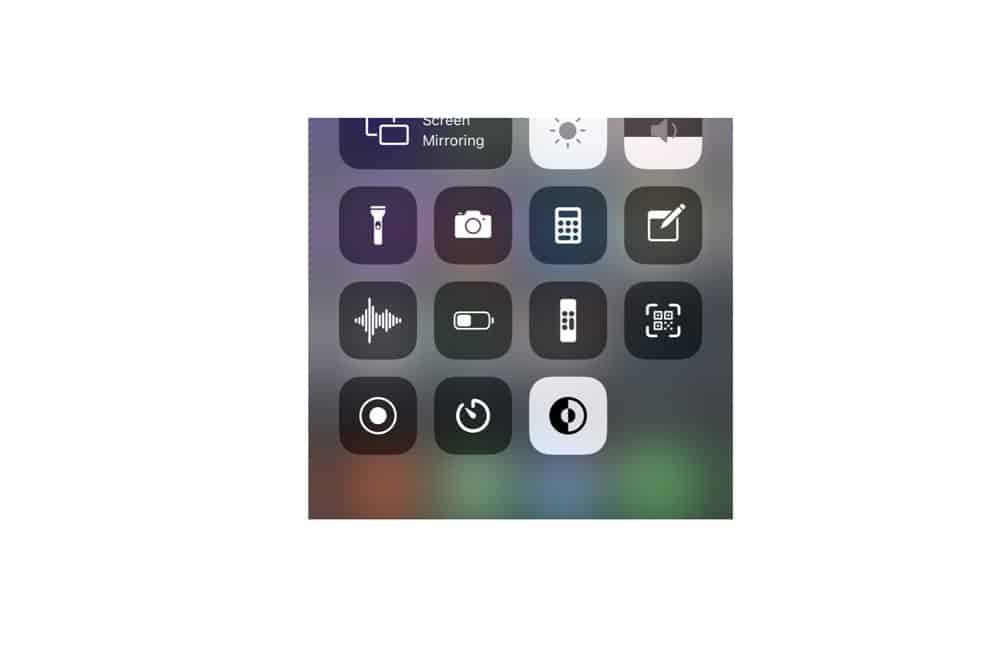 How To Enable Dark Mode On The iPad 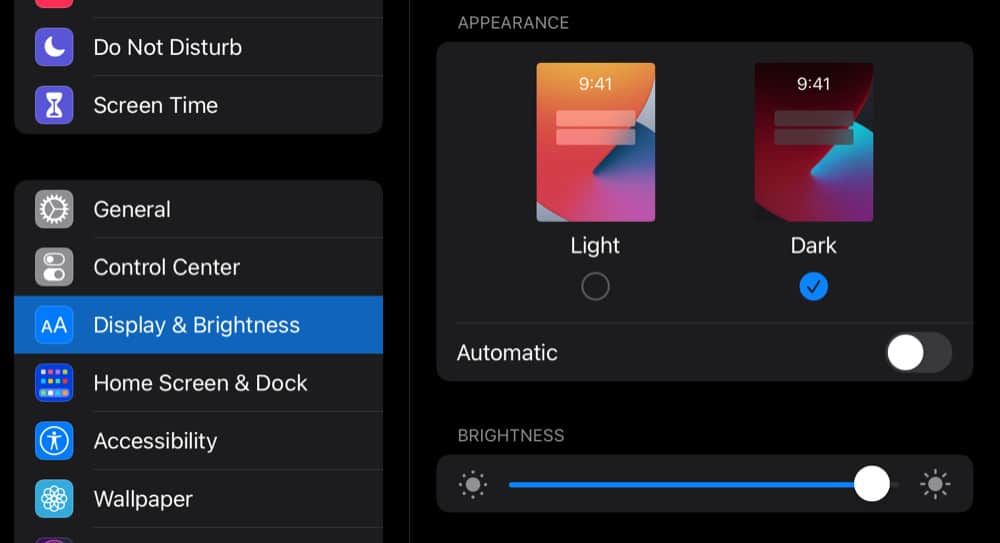 There are also TWO ways you can enable Dark Mode on the iPad. Here’s the first:

The second way to activate Dark Mode on iPad is even simpler: