How To Convert Picture To PDF On iPhone

You can convert picture to PDF on iPhone…with a CRAZY workaround. Here’s what you need to know!

Two of the most common file types that we use today are PDFs and JPEGs. A PDF stands for portable document format and it was developed by Adobe in the early 1990s.

PDFs have huge advantages – their biggest being they fix all the elements of the document in place so the PDF appears the same no matter what document viewer you open it in or what fonts are installed in the computer’s operating system. Since PDFs embed the look of the text (and other graphics/photos) into the document itself, it always looks as the author intended.

A JPEG stands for Joint Photographic Experts Group, which is the group responsible for creating the file format, also in the early 1990s (things were advancing like crazy back then). Today a JPEG is synonymous with a digital photo. It’s one of the most popular types of photo formats and is the one most camera apps usually default to.

But what happens if you want to convert a PDF into a JPEG – and on your iPhone no less? Can you do it?

Yep! But the process isn’t obvious at all. Though, don’t worry because we’ll talk you through it right now.

Why Convert A JPEG Photo Into A PDF?

PDF editing tools don’t usually include things like photo editing standard tools like color adjustment tools. But what PDF editors do allow for is an easy way to make up a PDF document.

So if you turn your photo into a PDF you can open it in any PDF view and use the PDF app’s tools to add things like text and comments onto the photo.

How TO Convert A JPEG Photo Into A PDF On iPhone

First, we should mention this method likely works with other photo formats – not just JPEG – but we’ve only tested it with JPEG. Also, this technique works as of iOS 16.0.2.

Here’s how to convert a picture to PDF on your iPhone:

OK – once the above is all done, check your Files app on your iPhone and you’ll find…the photo there but saved as a PDF image! Pretty cool, right?

It’s not the fastest way to turn a photo into a PDF on iPhone (there are apps that do it in less convoluted ways) but it’s the way that is built into iOS. 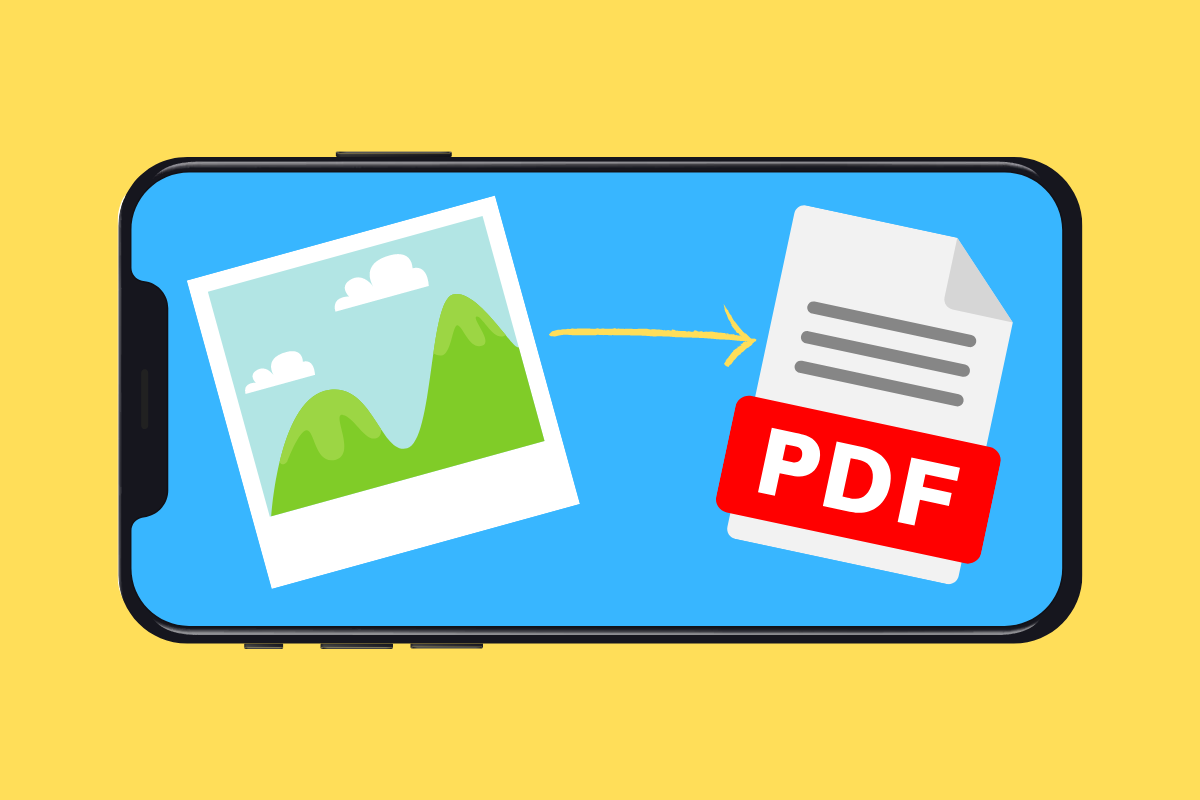