How To Turn CAPS LOCK On iPhone ON & OFF

CAPS LOCK got your iPhone down? Read on!

WONDERING HOW TO TURN CAPS LOCK ON IPHONE ON OR OFF?

DOES THE ABOVE SENTENCE ANNOY YOU?

DOES IT SOUND LIKE I’M SCREAMING AT YOU RIGHT NOW?

This is better, isn’t it?

Receiving a message in all caps can be annoying as heck. When the internet first got going, people thought entering a message or post in all caps was an attention grabber, but quickly sanity prevailed as we all realized messages in all caps are actually harder to read than inter-capped messages.

And when messages are in all caps, it feels like the sender is screaming at you, which can make you feel insulted, annoyed, or belittled.

While there are some instances where an all-caps message is appropriate, for the most part, it’s best to avoid all caps.

However, we’ve all been there where we’re typing out a message and it’s appearing in all caps–and we can’t figure out how to turn it off.

In this post, we’ll tell you how to turn on and turn off caps on iPhones.

What Is Caps Lock?

Caps Lock is a keyboard function that automatically enters every character you tap in a capital letter.

Normally, to get a capital letter on your keyboard you would hold down the shift button and then press the letter. But when caps lock is engaged, any character you press is automatically entered in a capital letter.

How Do You Turn Caps Lock ON On The iPhone?

Turning caps lock on on the iPhone is pretty easy. Here’s what you need to do:

You’ll see that after you double-tap the shift key, the arrow on the key fills in black and a line below the arrow appears. This means your iPhone keyboard is now in caps lock mode.

When the iPhone’s keyboard is in caps lock mode, any letter you press in the current document will be typed out in capital form.

How Do You Turn Caps Lock OFF On The iPhone?

Inadvertently engaging caps lock on the iPhone is more common than you think. Maybe it’s happened to you before. If not, you almost certainly know someone it has happened to.

Unfortunately, some of those it happens to may not know how to disable caps lock–or even know that’s what’s going on.

But the steps below will make sure you can quickly get out of caps lock mode and thus stop seeing capital letters for every letter you type.

Caps lock on iPhone should disable automatically when you switch to a new app. So we’re assuming here you’re still in the app that’s got caps lock going on and the keyboard is displayed on the screen already.

So here’s how to disable caps lock once it’s enabled on your iPhone’s keyboard.

After you press the arrow once, you’ll now be out of caps lock mode. The arrow on the shift key next to the Z key will now feature a hollow outline.

And that’s it! That’s how you turn caps lock on the iPhone on or off! 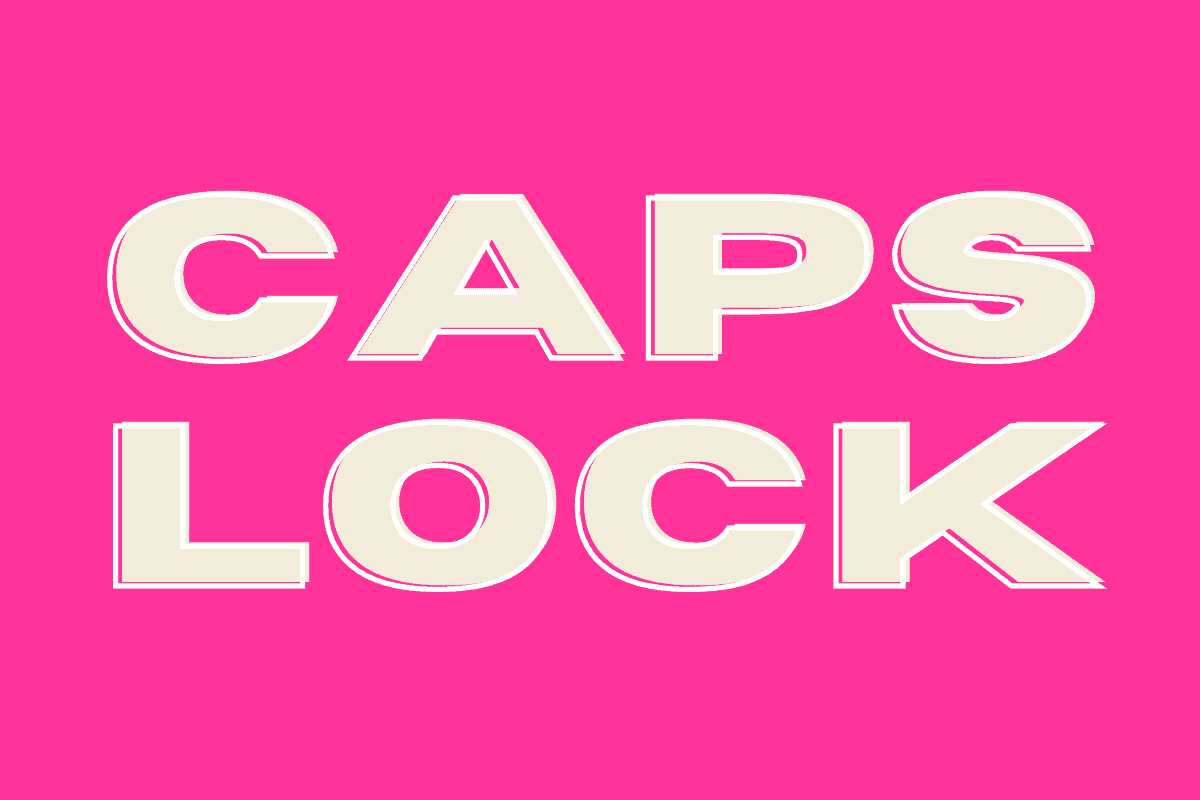