The OPPO A72 punches well out of its weight when it comes to specs and performance, making this sub-£200 one hell of a proposition…

If you’re on the fence about OPPO phones, now’s the time to jump off and embrace the company.

In 2019 and 2020, the company has pumped out a ton of solid Android phones, as well as a brand new Wear OS smartwatch that I’m currently testing right now.

But how does the OPPO A72 stack up? 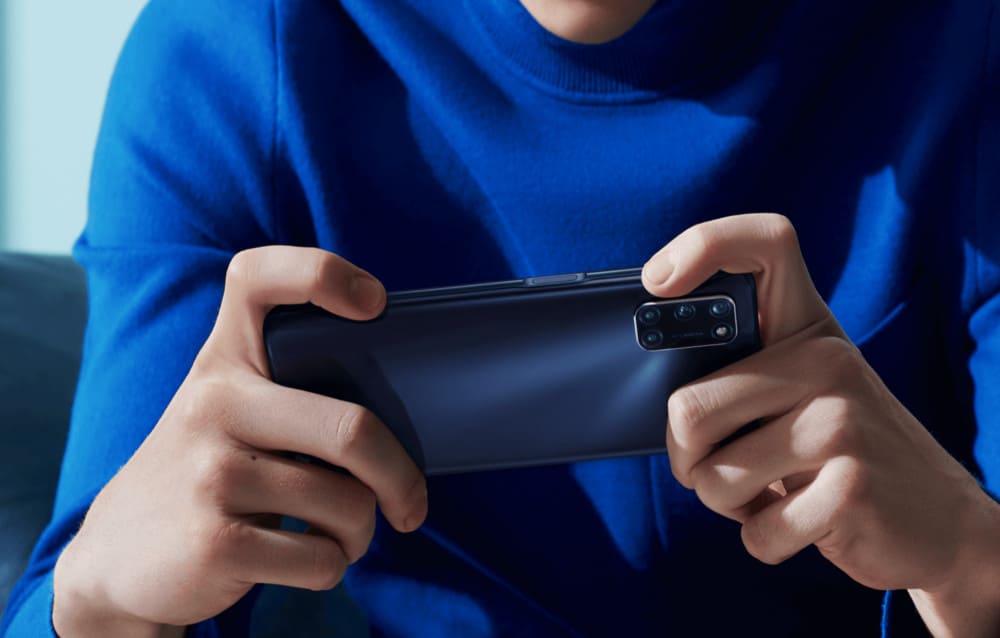 Unlike most of the OPPO phones I’ve used, the OPPO A72 is a pure budget phone. It costs less than £200/$200, it packs in a ton of specs, and it has killer battery life. The low-end of the Android market is super-competitive, more so than the top-end, so making a splash here is very important.

After completing my test of the OPPO A72, I was really impressed by the phone. OPPO seems to instinctively know EXACTLY what value shoppers want because all of its cheaper releases have killer specs in all the right places. And the OPPO A72 is no exception.

But should you buy one? All will become clear in around 10 minutes time. Read on…

At this price point, there are always going to be caveats. You can’t have 128GB of storage, 4GB of RAM, and a triple-lens camera without losing something. If you didn’t, the phone wouldn’t be cheap. And the OPPO A72 is all about price.

The design of the OPPO A72 is fine. The phone looks smart enough and has decent styling, as you’d expect from OPPO. But it doesn’t feel premium, owing to its entirely plastic chassis, and this does detract somewhat from its allure. 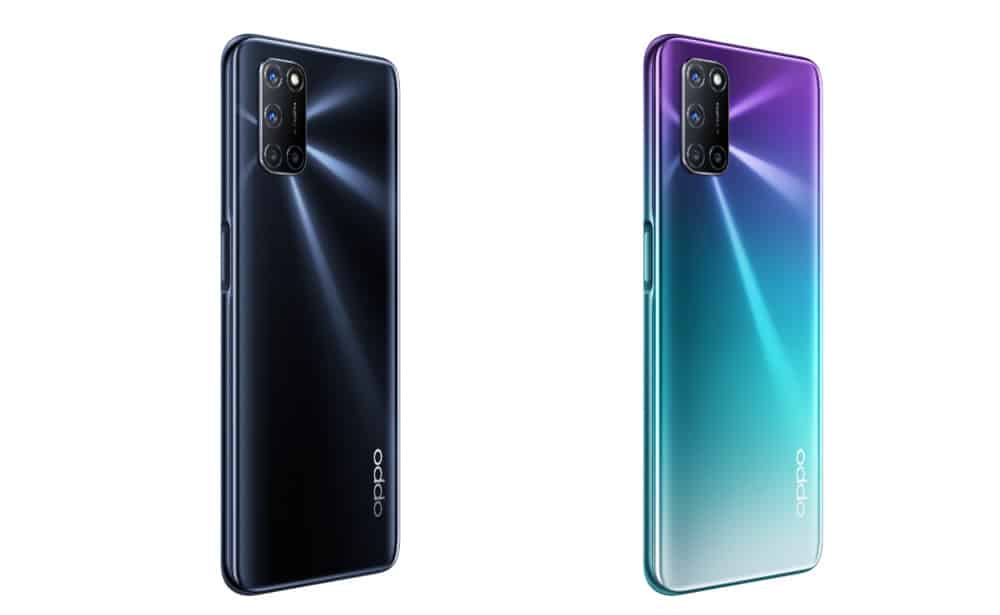 I know, I know – this is a £200 phone. You cannot expect miracles. The OPPO A72 is cheaper than the Moto G8 Power and the Pixel 4a, so things like build materials are always going to be a little iffy. It’s not bad, per se, but it’s not good either.

If you want a premium-feeling phone, you’ll have to pay more – them’s the breaks in this context. And OPPO has plenty of phones to accommodate you as well. Really, this phone is about one thing and one thing only: attacking the market with a well-specced, super-affordable phone.

And because this is OPPO we’re talking about here, you don’t need to worry about buying a case if you get this phone – OPPO includes one in the box.

The front of the OPPO A72 is mostly display. You have a slight bezel around the top and sides, but nothing too serious. In the top left corner, you have a small, hole-punch camera with a 16MP sensor – again, very good stuff.

Aside from the plasticky build materials, the design of the OPPO A72, as well as its included connectivity, is superb. I love having MicroSD slots and I’m glad OPPO kept the headphone jack in place. Two big pluses in my book.

The OPPO A72 features a fairly large 6.5in IPS LCD display; the resolution is 1080 x 2400 pixels (with a pixel density of 405 PPI). Using the phone in practice, this type of display, while not as good as an OLED panel, is perfectly fine. I always find I adjust really quickly to new display resolutions, even when I’m coming from UHD OLED panels. 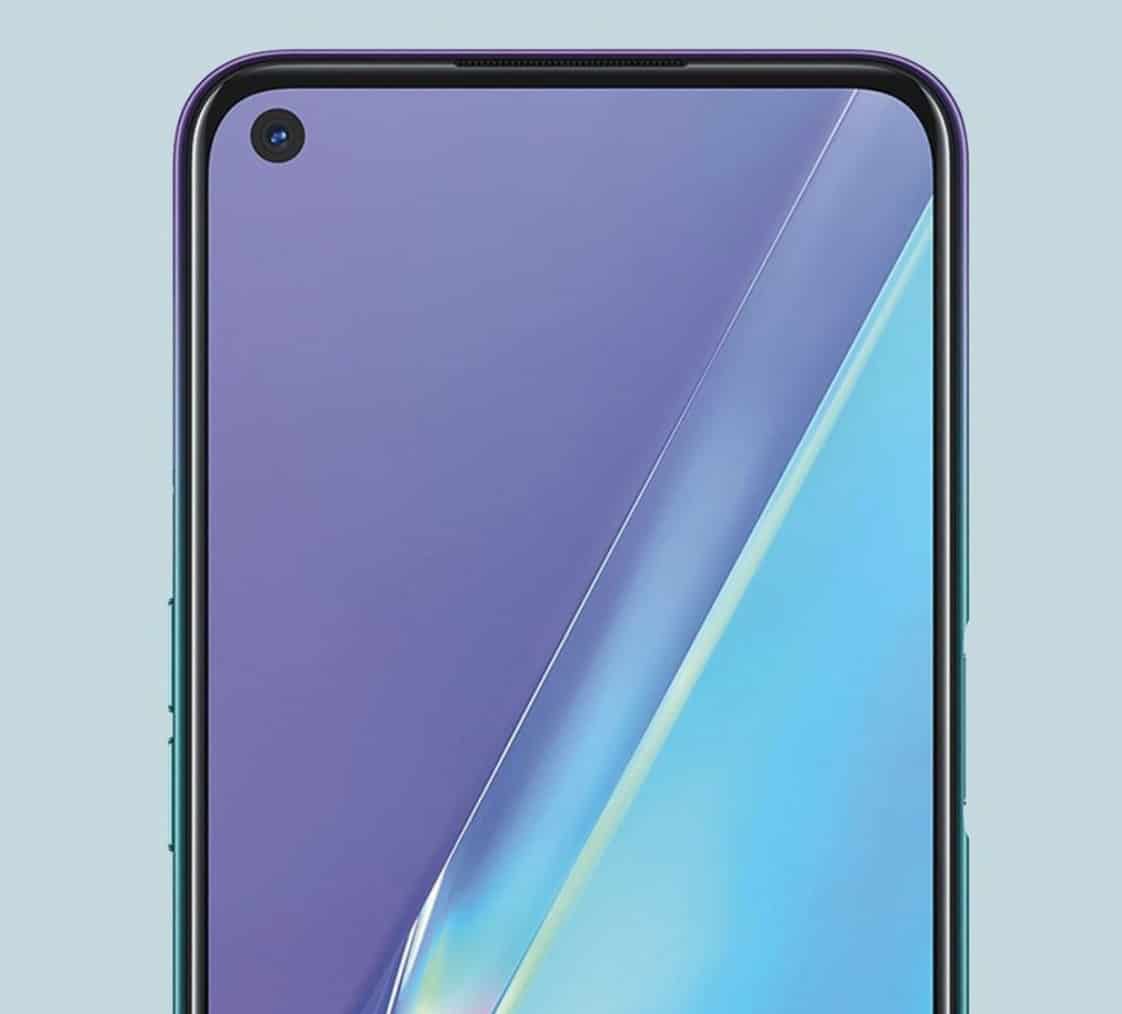 The OPPO A72’s display isn’t going to win any awards. I’d have preferred OLED, but then if that was the case the phone wouldn’t be as cheap. And for what it’s worth, the display itself is perfectly fine for web browsing, watching YouTube, and browsing your social media channels.

Is it as good as the OPPO Find X2 Pro? No – not even close. But that phone costs close to £1000. And OLED panels are one of the quickest ways to quickly racket up the cost of a handset. And given the OPPO A72’s positioning, I’m more than OK with its 1080p screen.

Running the Snapdragon 665 alongside 4GB of RAM ensures you have plenty of power under the hood. It’s not the best or the most potent setup on the market, but at this price point, it is about as good as you can expect.

Apps and games open great, with the latter, you also have a dedicated gaming mode for extra performance, and the US runs smooth enough. I did notice a few performance issues when watching back some videos on Netflix and YouTube – a few minor jitters, but nothing major.

For its core functionality, the OPPO A72 is solid. It can handle all the basic tasks 99.9% of phone users require: running apps, playing games, browsing the web, creating and sharing content on social media.

If you want more advanced functionality, things like video editing, the A72 will handle it, but the performance will not be as good as you’d get on a flagship phone like the Samsung Galaxy S20 or iPhone 12 Pro.

But then again those phones are in the region of £800 more expensive than the OPPO A72, so in this context, one could argue that the OPPO really does punch well outside its weight class. For less than £200, you’re getting a very potent, good-looking phone with some really good specs and features.

Another area where the OPPO A72 REALLY punches out of its weight is in the camera department. You have a quad-lens camera on the rear, fronted by a 48MP wide sensor, alongside an 8MP ultra-wide, a 2MP depth, and a fourth 2MP black and white sensor. For a £200 phone, that is a seriously good setup.

Is it as good as a £1000 phone? No. Can it deliver great results that’ll look great on your social media feeds? Yes. This camera, while not perfect, produces excellent looking stills and video. It has decent low-light performance that, while not as good as the Pixel 4a, is still very impressive for the price of this handset.

If camera tech is important to you, and you like having multiple lenses on your phones, and you don’t want to spend more than £200, I think you’d be hard-pressed to find a more appealing proposition than the OPPO A72 – it isn’t perfect, nor is it the best performing camera on the market, but for the price of the phone and the tech you get, it is bloody impressive.

Prior to testing, I had ZERO hopes for this camera. There are plenty of Chinese-brand phones that use quad-lens cameras at this price point and they are all, without exception, terrible. I expected much the same from the OPPO A72, but I am pleased to report that this was not the case – the camera on this phone isn’t just functional, it’s actually really good.

Back in the day, battery life was always a concern. Nowadays, especially in the Android market, battery life isn’t really too much of a problem. Most phones ship with sizeable batteries and deliver 1-2 days of usage between charges.

The OPPO A72 runs on a 5000mAh battery and, as you’d expect, delivers solid, reliable battery life. With moderate to normal usage, you’ll get 1 to 1.5 days of usage from a single charge. Use it less and you might get two days.

The OPPO A72 does not run 5G either, so you don’t need to worry about 5G-related battery drain. If you want 5G, check out the more expensive OPPO Reno4 Z 5G. And because of its display’s slightly low-resolution, the battery isn’t taxed quite as hard as it is when a phone runs a QHD panel.

Bottom line? With a 5000mAH battery, you really do not have anything to worry about with respect to battery life. The OPPO A72 will last all day long, even with heavy usage. I didn’t run out of juice once during my testing, even when I was running the phone from 7 am to 3 am in the morning.

As you can probably tell, I really quite like the OPPO A72. For less than £200, the phone delivers plenty of value and has all the main bases covered. The camera is decent, the battery life is brilliant, it looks fairly smart, and it has enough power under the hood for normal, everyday users. 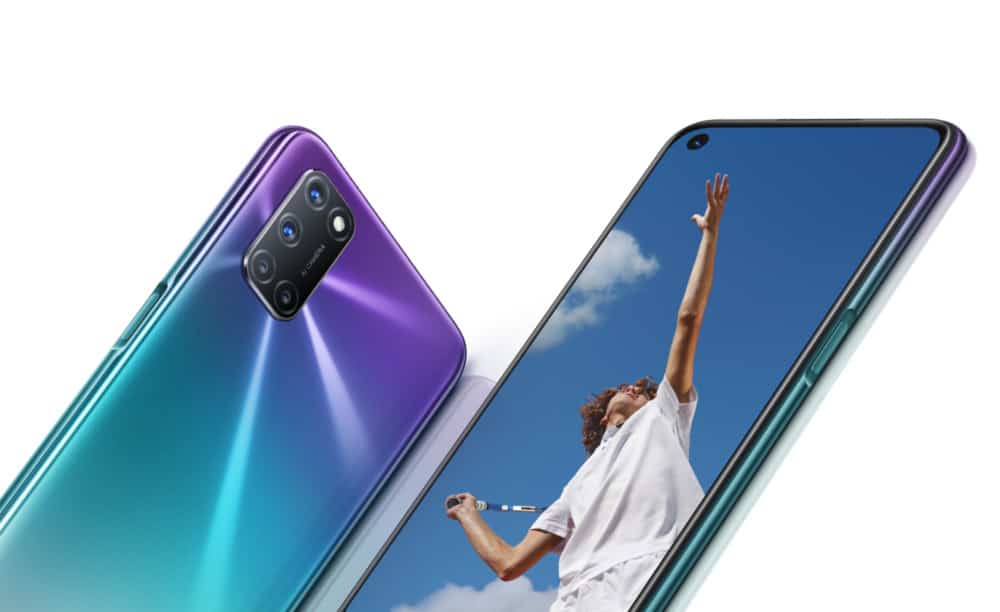 You can Android 10 out of the box, 128GB of storage, SD card support, a headphone jack, and a very impressive 16MP front-facing camera which is great for HD video calls and selfies. It doesn’t have 5G, but right now I don’t think that is too much of a deal-breaker – especially at this price point.

So, if you want a cheap Android phone that punches well outside its weight with respect to specs and performance, the OPPO A72 is well worth checking. And as you can see below, it is available on a range of super-affordable contracts…