Great camera? Check. Compact design? Check. Beautiful software? Check. The Pixel 4a, as you’ll see in our review, is a near-perfect Android phone…

Verdict: Is The Pixel 4a Worth It?

The Pixel 4a is a watershed moment for Google’s phone business, so mark this day in your diary because it is the day that Google’s Pixel phones finally found its feet.

The Pixel 3a was good; it was cheap and it got the job done. But the Pixel 4a is a different beast entirely. It’s still cheap, sure, but it doesn’t look, feel, or perform like a “cheaper phone” – that’s a big deal.

It retails for a remarkably low price point, packs in a stunning camera, and has better battery life than my iPhone 11.

What more could anybody actually want from a phone? The Pixel 4a nails it in the camera department; the battery life is brilliant; it has an OLED display; and, finally, it’ll get three years worth of Android updates (on time, and before every other Android phone on the market).

And it retails for less than 300 quid.

Honestly, I’m genuinely interested in how this phone isn’t the perfect phone for 99.9% of people. I know it doesn’t have 5G, but if you want that you can get the Pixel 4a 5G. Or the Pixel 5.

Most know that 5G won’t be fit for purpose for, at the very least, another 12 months, so if you’re happy with just having 4G for the foreseeable, the Pixel 4a has you covered in more ways than one. 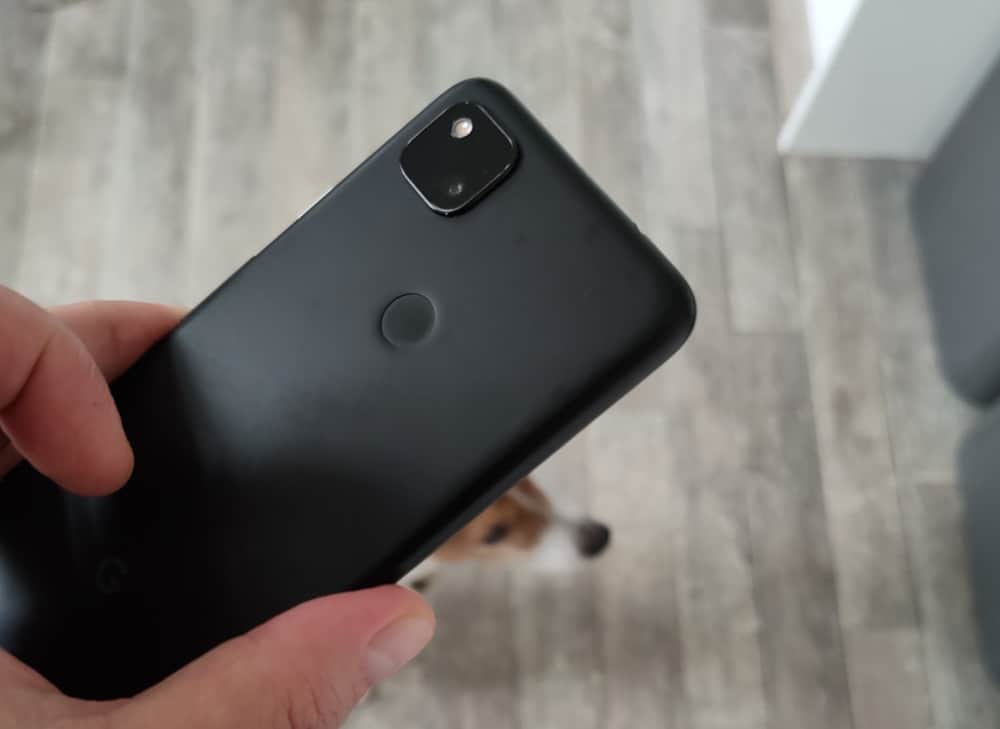 Take me, for example. I’m a technology journalist, my office is full of phones and gadgets, and even for me, the Pixel 4a is more than enough. I’ve been using it for over a month now and I love this phone.

I’d happily use it for the next 12-24 months given the chance. But should you buy this phone over, say, the Pixel 5 or the iPhone 12?

Possibly. But it depends, largely, on what you actually want from a phone. It depends on what type of user you are, mostly, but it also depends on things like the state of your finances and whether or not you’ll have a job once the world gets back to normal.

COVID has changed the world dramatically in the past 8 months. Things are much different now than they were before. People that had great jobs are now unemployed, and those that were once healthy are now getting ill.

In this climate, dropping £1000 on something as superfluous as a phone could be seen as a little silly. 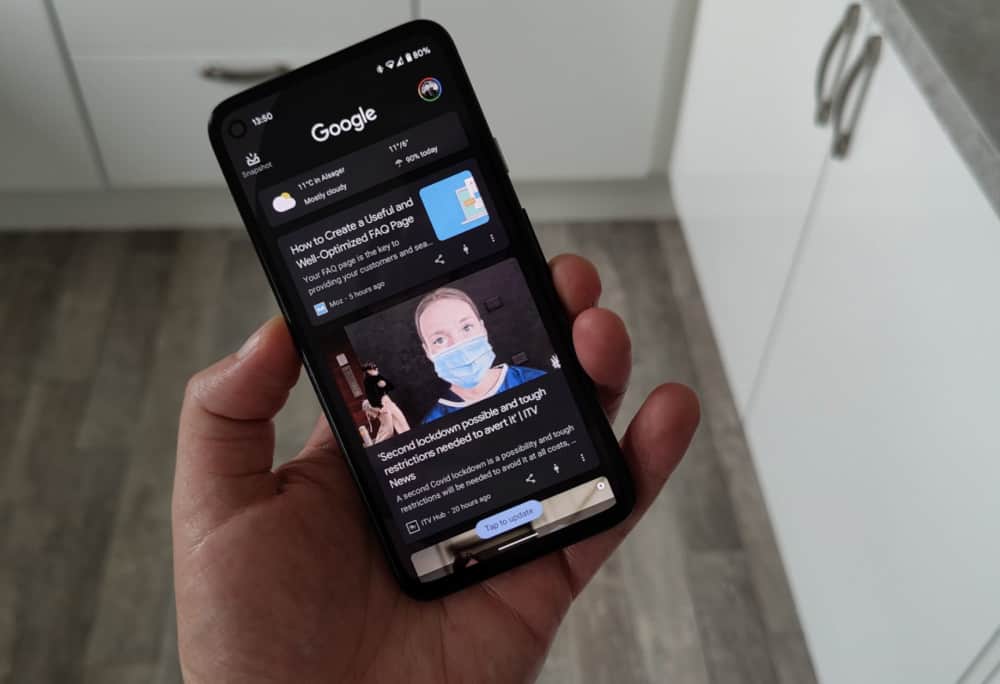 I’m 36. I no longer care about showing off my phone. I also don’t need a gazillion cameras, and I know that 5G is a good 12-24 months away from being anywhere near ready for actual usage.

So for this reason, the Pixel 4a, for me, makes a ton of sense. I can buy one outright. I know it will get a steady stream of Android updates for the next three years. And I know it has a great camera and solid battery life.

Add in things like the best Android software experience on the market, as well as access to all of Google’s core applications, and it is easy to see why millions of people are switching over to Google’s Pixel phones.

Latest Deals For Pixel 4a

I used the Pixel 3a XL for the majority of 2019. Google is not doing an XL version of the Pixel 4a; instead, we have the Pixel 4a 5G which is the unofficial Pixel 4a XL, thanks to its larger 6in display.

But if you don’t want/need 5G, the Pixel 4a is Google’s new ultra-affordable Pixel release. And I’ve just spent well over a month testing it out. Here’s my full review of a phone I like very, very much!

Google has never really made a great-looking phone. But its latest batch, including the Pixel 5 and Pixel 4a/5G models, represents a step in the right direction. The Pixel 4a both looks and feels better and more premium than its predecessor, the Pixel 3a.

As soon as I opened the box, I knew I was in for a treat. The Pixel 4a feels lighter, yet more solid in the hand. It doesn’t feel cheap like the Pixel 3a did and, best of all, there are hardly any bezels. The Pixel 4a is basically ALL display on the front.

You do have a punch-hole front-facing camera, located in the top left-hand corner, but it is small and well placed, so it doesn’t really interfere with what you’re looking at on the display. 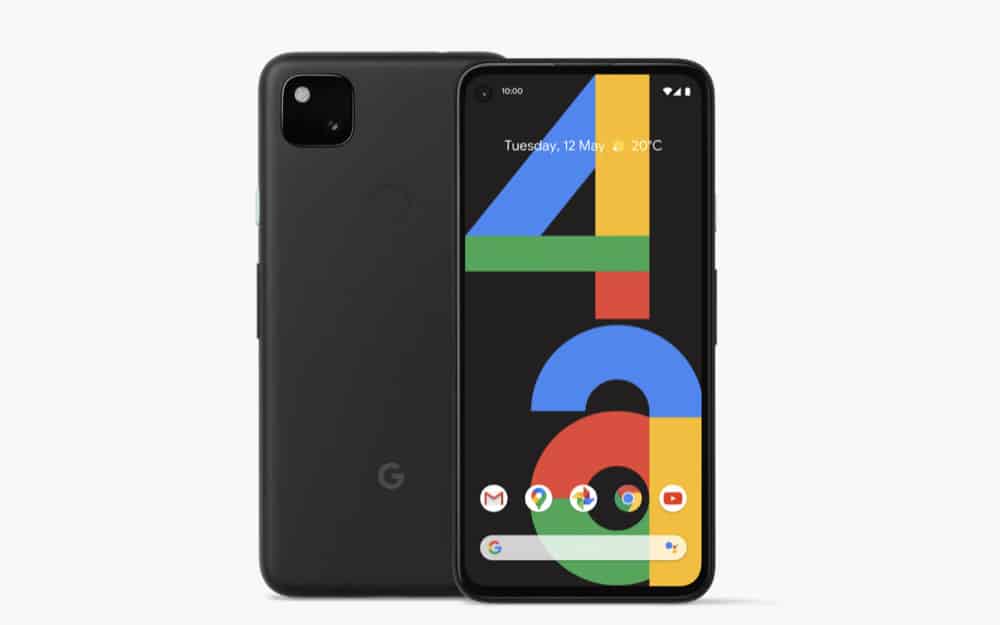 The fingerprint scanner remains on the rear, my favorite place for one, and you have a headphone jack, again, in the same place as before: slightly over to the left on the top-end of the phone.

The power button, colored with a slight mint white/green hue, sits on the right side of the device above the volume rocker. On the bottom, you have LOUD stereo speakers and a USB Type C port for charging and accessories.

The camera module on the rear is housed inside a slightly protruding unit that sits over towards the left-hand side. Again, a flush unit probably would have looked tidier but I don’t really have any problems with how Google integrated the Pixel 4’s camera here.

Physically, the Pixel 4a isn’t the most exciting thing to behold. But, importantly, it represents a massive step forward from the Pixel 3a. The 4a is sleeker, smarter-looking, and it feels more premium in the hand. I also love its size: at 144 x 69.4 x 8.2 mm and just 143g, it is ideal for one-handed use.

The front of the device is basically all OLED, so it looks smart enough when viewed from any angles. Compared to the outgoing Pixel 3a, the difference, with respect to design language, is like night and day: the Pixel 4a looks incredible by comparison and is a major improvement of the ultra-popular 3a.

In order to keep the price of the Pixel 4a nice and low, Google has cut a few corners when it comes to specs. The Pixel 4a does not run on the latest Snapdragon CPU, it runs less RAM than most Android phones, and it does not have things like an IP68 rating or 120Hz refresh rates.

But this is totally fine. I mean, if you want all of the above, and you don’t mind paying £1000 for a phone, that’s fine – it’s your money, after all. But if all you need is a solid phone that performs well with a brilliant camera and the best software experience you can get inside the Android ecosystem, why would you pay any more than £349?

I wasn’t privacy to the meeting that gave us the Pixel 3a (and, by proxy, the Pixel 4a). But I can imagine how things went. It probably started with a discussion about Apple’s iPhone, whether £1000 phones were viable, and finished with a list of what the majority of people want from a phone.

And you know what? That list is actually pretty small: most people want good battery life, stable/updatable software, a great camera, and snappy performance, as well as access to all the latest and greatest apps.

Things like 5G, 120Hz displays, laptop-grade levels of RAM, and quad-lens cameras are great, but not “essential” for the vast majority of the phone buying public – this is why Samsung’s Galaxy A51 has outsold its Galaxy S20 Ultra.

People like value for money and a good deal. And that is exactly what the Pixel 4a delivers. In spades.

Ah, the camera. Google’s biggest contribution to the mobile space since Android. The Pixel 4a uses the same camera as the Pixel 4 and, while that phone didn’t exactly set the world ablaze, its camera was utterly badass.

The Pixel 4a’s, therefore, is still very impressive. On a phone that costs less than £350, you’re not going to find a better camera than the one used inside Google’s Pixel 4a.

As a point and shoot setup, I think Google’s Pixel cameras are the best in the business – better than Apple’s, better than Samsung’s, and better than any other phone brand you can name. 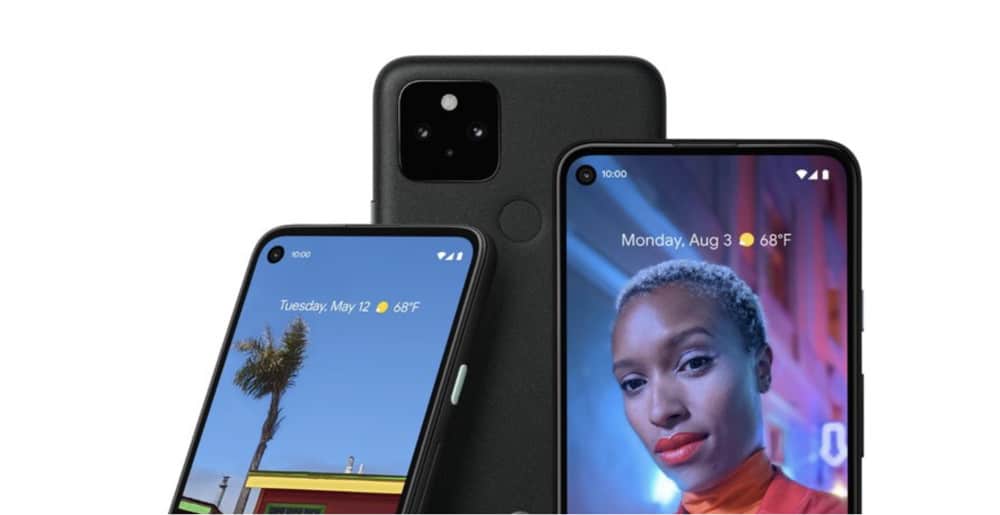 Google’s secret sauce for its camera performance is its machine learning algorithms. They’re nuts. Having access to this AI means you can snap pictures that not only look amazing but you can do it with minimal effort.

If you can hold your phone up to something and tap to focus on a subject, you can take great pictures with the Pixel 4a. For me, Google is leading the way with camera performance on mobile right now. Rather than adding in more and more lenses, Google is attempting to do more with less.

And in this context, more with less means a lower cost to you. By making an algorithm that can do the job of a physical lens, Google reduces the cost of the bill of materials associated with the phone. And that means lower prices for consumers, without losing out on advanced imaging features.

The Pixel 4a does use a massive battery. Google opted to use 3140 mAh inside the Pixel 4a. That isn’t big by any stretch of the imagination. And while it does include 18W fast charge, it is A LOT smaller than many of its peers.

But again none of this matters because, somehow, the Pixel 4a delivers stunning battery performance day in, day out. And the reason for this, I think, is that Google was smart about what runs on the phone.

I don’t really know the ins and outs of how Google has done this, the Pixel 4’s battery life was distinctly average, but it has somehow managed to pull it off. The Pixel 4a lasts longer than my iPhone 11 and it beats both the Pixel 3a and Pixel 3a XL for battery performance too.

What I’m saying is this: if you’re concerned about battery performance on the Pixel 4a because of its smaller battery size, don’t be – this phone has great battery life. As with most things about this phone, the Pixel 4a punches well out of its weight here.

The other main reason you might want to get a Pixel phone relates to Android updates. As you’re probably well aware, most Android phones do not get the latest Android updates when Google releases them.

Sometimes you have to wait six months. Other times you get nothing. Most flagship Android phones get at least two major Android updates. But cheaper phones – phones in the Pixel 4’a niche – seldom get more than one.

Samsung is now officially three years worth of Android updates, on select (meaning: flagship) models, but it is Google that is currently still the best for Android updates. As soon as a new version of Android is released, Pixel users are first in line.

Oh, and with a Pixel phone, you’re getting Android just as Google intended, free from bloatware and custom UX designs. Pixel phones use the purest version of Android you can get. It’s Android as Google designed it to be. And when you use a Pixel phone, you’ll find out exactly why that is important.

Verdict: The Pixel 4a is rated as a HARD-BUY (meaning, it will be a great choice for 99.9% of people reading this post).

VIEW LATEST DEALS FOR THE PIXEL 4A