Google Pixel 3a Review: The #1 Budget Android Phone (By Far…) 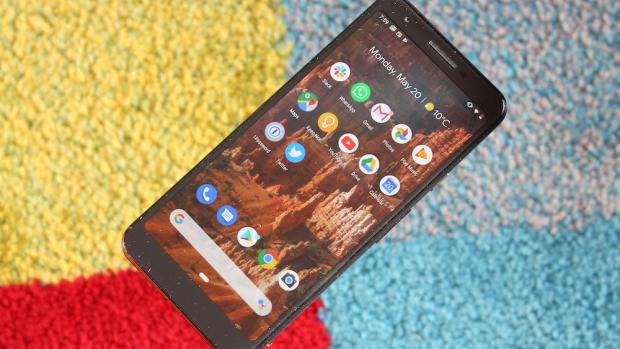 Last year’s Pixel 3 was, on paper at least, a real winner for Google. It combined superb specs with a pocket-friendly design and an industry-leading camera, all for a price that neatly undercut the iPhone XS. Despite this attractive package, the phone hasn’t met Google’s expectations in terms of sales, and this has clearly forced the search giant to reconsider its approach; hence the arrival of the Pixel 3a, a budget take on the 2018 handset which makes some key sacrifices to bring the price of entry plummeting down – it costs £399 compared to the £799 the Pixel 3 retails for – but still has enough of that Pixel magic to make it worth a look. Is this is the Pixel you need to buy in 2019? Let’s find out. 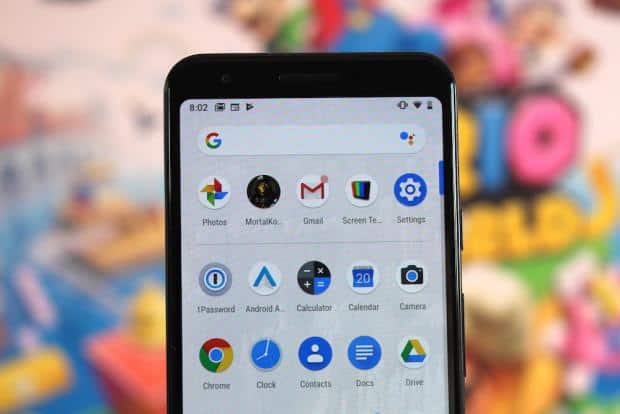 At first glance, the Pixel 3a looks identical to the Pixel 3, but there are some differences. The most obvious is the inclusion of a 3.5mm headphone socket on the top of the device, which will make fans of wired connections rejoice. The second is the fact that the Pixel 3a is fashioned from plastic rather than glass and metal, and this not only gives the phone a different feel in the hand, it also makes it a lot lighter than the original Pixel 3. Despite the change in materials, Google has retained the two-tone design on the back, with a ‘matte’ style texture giving way to a gloss surface at the top of the phone, where the camera module is located.

The shift to plastic has clearly been made to bring down the cost of the phone, and it certainly doesn’t feel quite as premium as other handsets. In fact, it’s very much a throwback to the days when the majority of phones were made from plastic; it’s not unpleasant, but it does feel odd when we’re so accustomed to metal and glass being the main components of a modern smartphone. There’s no dust or water resistance, either – they’ve also been cut in order to keep that RRP as low as possible.

On the back of the device, you’ll find the fingerprint scanner, which is just as fast and accurate as the one on the original Pixel 3. The camera is once again a single lens, with Google ignoring the trend for multiple cameras that seems to have gripped the rest of the industry. On the bottom edge, you’ll find the USB-C port and one of the speakers – the earpiece acts as the other speaker, giving your reasonably punchy stereo sound. 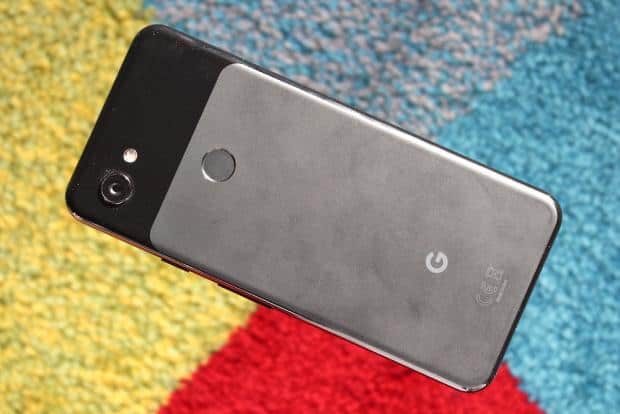 Now, if you’ve been following the Pixel 3 screen saga as closely as we have, then you’ll be keen to learn more about the panel on the 3a. To cut a long story short, the original Pixel 3 was saddled with a terrible LG-made OLED screen which, as well as suffering from serious tone-shift issues, was prone to freaking out like a disco light in certain conditions. Hundreds of Pixel 3 users took the web to express their displeasure with this problem, and it’s not known for if Google ever fixed it, as it appeared to be a hardware and not a software problem.

Thankfully, it would seem that Google has learned its lesson and the screen used on the Pixel 3a is manufactured by Samsung, and not LG. While it’s not up to the lofty standards of the OLED screens seen on the likes of the Galaxy S10, it’s still a very capable panel; brightness can be an issue but colours appear punchy and vibrant – and blacks are deep and impactful, of course. The screen is protected by Dragontail glass, rather than Gorilla Glass, so be mindful that it won’t be as resilient to marks and scatches.

Because the Pixel 3a is a little larger than the original Pixel 3, the screen has increased in size somewhat; it’s now 5.6-inches from corner to corner as opposed to 5.5-inches. Sadly, Google hasn’t made any attempt to trim down those massive bezels at the top and bottom of the screen; they’re not terrible by any means, but they look oddly out of place on a leading 2019 smartphone, irrespective of the asking price. 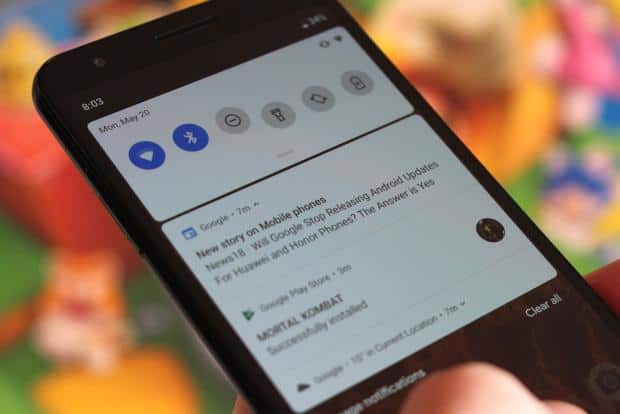 Because this is a Pixel device, it’s running the very latest version of Android and will be assured timely updates for at least the next three years. However, unlike a typical Pixel hardware release – which usually accompanies a fresh version of Android – the Pixel 3a is running version 9, which is already available on many other Android handsets. It will undoubtedly get the next version ahead of phones from OEMs like Samsung, Huawei and Xiaomi, but for the time being, this Pixel lacks that ‘cutting edge’ feel we’re so used to getting from Google’s home-grown devices.

Because this is ‘pure’ Android, you don’t have to worry about bloatware or apps you can’t remove. Outside of Google’s usual suite of applications – such as Gmail, Maps, YouTube, Duo and Play Music – there’s literally nothing else installed on the phone, giving you a blank canvas upon which you can create your own picture of smartphone perfection. You also get Google’s superb AI Assitant as standard, as well as the ‘Google’ screen on the left of your main home screen, which pulls in relevant information from the web based on your previous searches. We honestly don’t know how we ever lived without it. 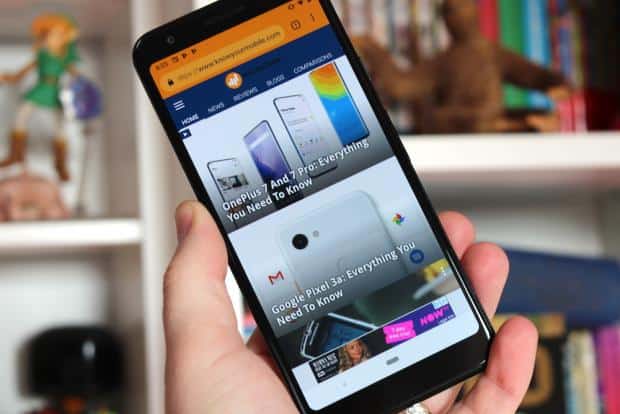 Google hasn’t just made external alterations to the Pixel 3a; inside, things are a little different too. The processor is a mid-range Qualcomm Snapdragon 670, which lacks the grunt of the Snapdragon 845 found inside the original Pixel 3. Given that we’re seeing phones like the Black Shark 2 – which is only £100 more expensive than the Pixel 3a – sport the cutting-edge Snapdragon 855, it’s perhaps a little disappointing that Google couldn’t at least have stuck with the 845, but there you go. There’s 4GB of RAM, just like on the original Pixel 3.

Despite the weaker silicon, performance remains snappy. The 670 does a good job of keeping things ticking over during normal use, and it’s only when you’ve got a lot of things happening at once that you notice slowdown or pauses; certainly, under a typical usage pattern, the Pixel 3a appears to be as smooth and responsive as 2018 Pixel 3.

Even intense 3D games run well on the handset, which hints at some deep optimisation on Google’s part; the company has clearly attempted to get as much mileage out of that mid-range Snapdragon as possible. There are some cases where gaming performance is notably superior on the Snapdragon 845-packing Pixel 3, but the difference is negligible. The bottom line is that despite having a more humble chipset inside it, the Pixel 3a offers an agreeable user experience, thanks in no small part to the uncluttered nature of stock Android and the hard work carried out by Google’s engineers. 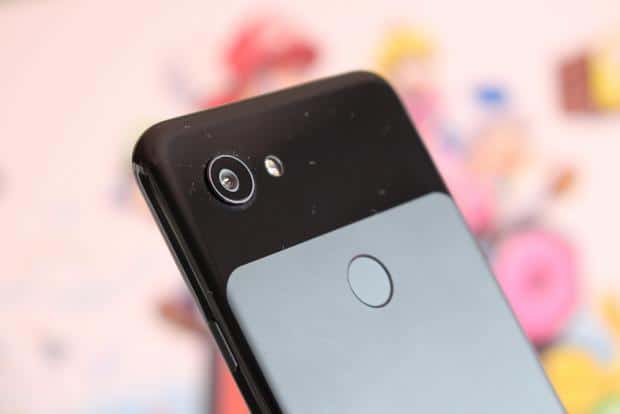 The camera was unquestionably the star of the show with the 2018 Pixel 3, and it’s pleasing to note that the story is very much the same with this budget sibling – although again, Google has been forced to cut back on certain features to hit the lower price point.

First things first, the single rear-facing camera is exactly the same as the one on the original Pixel 3 – it’s a 12.2-megapixel lens with an f/1.8 aperture, optical image stabilisation and dual-pixel autofocus. It’s almost impossible to take a bad photo with this camera; detail is incredible, colours are accurate and contrast is always perfect. You also benefit from software features such as Top Shot (which uses AI to take several photos before and after you press the shutter button, allowing you to pick the best one) and Night Sight (which can produce amazing images in what appears to be almost complete darkness).

However, because Google has removed the Pixel Visual Core chip from this cut-down version, these features take longer to function and process the image. It’s not a deal-breaker – you have to wait perhaps a second or so longer than you would on the Pixel 3 – but there are other issues. We noticed that the bokeh effects on Portrait shots were less uniform that they were on the Pixel 3, and the 3a would (rarely) get confused with things like hair and reflections in glasses. 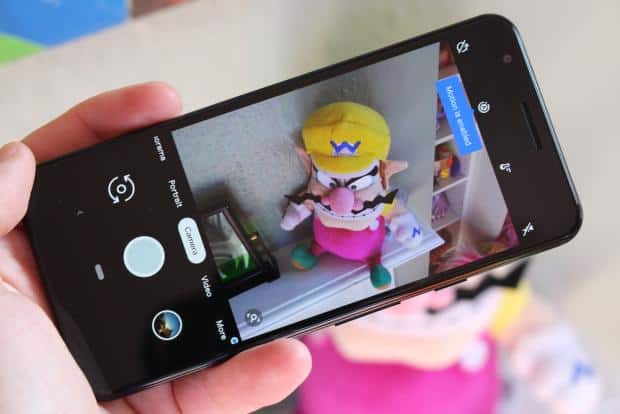 The front-facing camera has also been scaled back, with the secondary wide-angle camera getting ditched, along with the opportunity to fit all of your friends in for a ‘mega selfie’. The selfie cam also loses its autofocus system and isn’t quite as good at taking shots.

Even with the sacrifices, the photogragphic setup on the Pixel 3a is still incredible for a phone that costs £400. We were consistently amazed at how well even rushed shots turned out, and capturing the world around you with this phone is a delight. Video recording tops out at 4K/30fps, and that’s excellent too.

Below are some photo samples with the amazing Night Sight mode enabled. All of these shots were taken in incredibly dim environments. 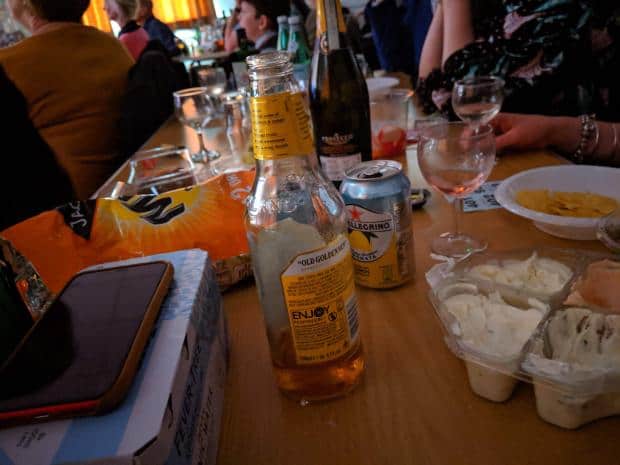 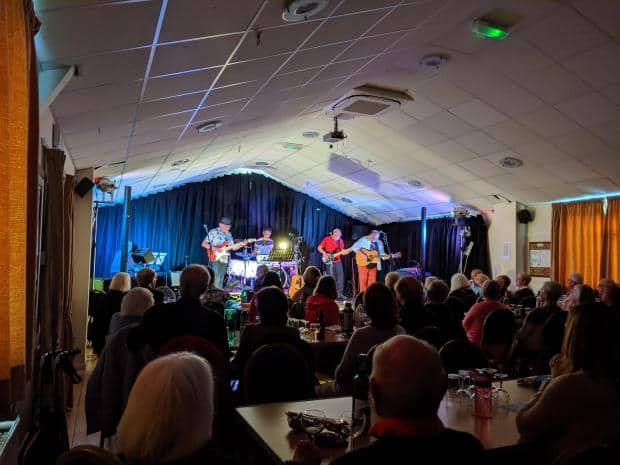 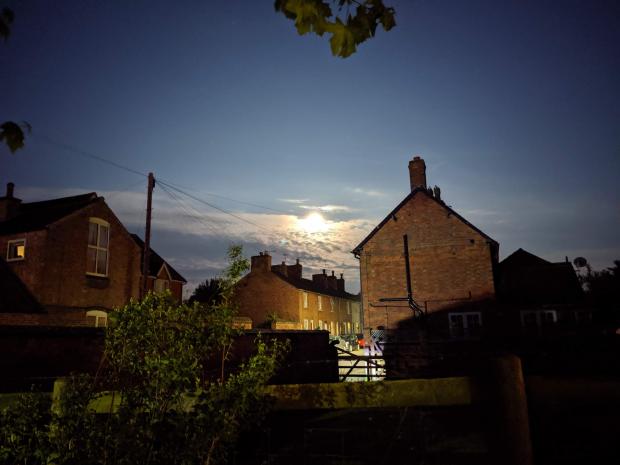 Battery life is also good; the 3000mAh power cell is actually slightly larger than the one seen in the original Pixel 3, and we found we could easily get over a whole day of use out of a single charge. The lack of wireless charging is a shame, but few phones in this price range offer that feature. Fast charging is capped at 18W and takes longer than we’d like to totally replenish the device – but still faster than the charger iPhone XR and XS users get in the box with their respective phones. 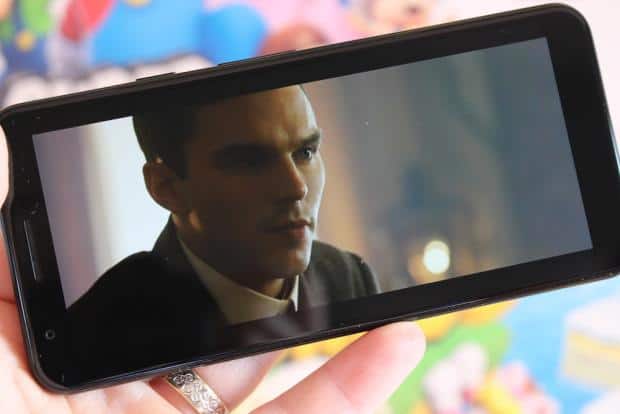 Google’s home-grown phones used to be about offering cutting-edge specs at a low price; the Nexus line was the perfect example of this. The Pixel range, however, has tried to create a brand name that has the same premium feel as the iPhone – and given Google’s admission that the Pixel 3 has struggled to find an audience, it would appear that this strategy has failed.

Taking this into account, the release of the Pixel 3a – the first mid-cycle budget launch Google has made in the Pixel era – makes perfect sense; this is the search giant re-tooling the public’s perceptions of what a Pixel handset is all about. For £400, it offers an incredibly adept smartphone that fuses software and hardware in a way that ensures everything runs smoothly. Yes, there are cutbacks – a weaker chipset, plastic bodywork, the lack of waterproofing, the absence of wireless charging – but casual users may not even notice these changes, and what is arguably the selling point of the Pixel line remains intact: an amazing camera.

If you’re a hardcore Google fan then you’ll no doubt want to wait for the Pixel 4, but everyone else should seriously consider this budget offering – especially if the notion of splashing £800 on a phone fills you with dread. There’s no reason to break the bank to get a premium smartphone experience anymore; the Pixel 3a gives you that for just £400, and comes highly recommended.