Game Of Thrones Fans Aren’t Happy With The Final Season Fans. You can’t live with them, and you can’t live without them. Films, TV shows, books, video games… every form of popular media needs a dedicated fanbase to be a success, and it’s often a double-edged sword. Marvel’s line of movies has been driven by the insanely popular reaction from its massive fanbase, driving each new film to a massive box office haul, but it’s amazing how quickly fans can turn on the people who make these productions happen.

Game of Thrones is a perfect example of this. Based on George R.R. Martin’s successful series of fantasy novels, the TV series has grown its audience massively over the past few years and has now overtaken the books in terms of narrative. It’s in its final season, and showrunners David Benioff and D.B. Weiss – who are having to do much of the heavy lifting because they have no solid source material to use – are trying to tie up all those loose ends. This is, as you would imagine, easier said than done, and the penultimate episode of the show – titled “The Bells” – has left some fans feeling particularly annoyed.

We won’t dive into spoiler territory here, but certain plot points and character arcs have, according to some of the show’s more vocal fans, ‘broken’ the whole venture. So much so that an online petition – which now has over 20,000 signatures – has been put together in the hope that HBO will take note and reshoot the final season of the show (a show that has cost millions of dollars to put on-screen, lest we forget).

The petition reads: “David Benioff and D.B. Weiss have proven themselves to be woefully incompetent writers when they have no source material (i.e. the books) to fall back on. This series deserves a final season that makes sense. Subvert my expectations and make it happen, HBO!”

Now, anyone can make a petition, and even 20,000 people is a drop in the ocean when you consider that Game of Thrones’ latest episode – the one that annoyed everyone – pulled in 18.4 million on its first airing in the US. Just because a few fans have taken issue with the direction the show is going, that doesn’t mean everyone is ticked off. However, Game of Thrones is a fascinating example of how a show, when the end is in sight, stumbles and makes (potentially) foolish choices. We’ve had 8 seasons of back-stabbing, double-crossing and gory deaths, and pulling it all together in one neat package was never going to be easy – especially when you’re effectively ‘making it up’ as you go along thanks to the fact that the author of the original books is now lagging badly behind the events of the TV show.

It’s also an interesting example of how fans on the internet now feel they have the right to call for changes or alterations to what are essentially ‘works of art’; perhaps we should petition to get the ending of Scarface changed, or ask if John Merrick can survive the teary conclusion of David Lynch’s Elephant Man? Where do you draw the line? 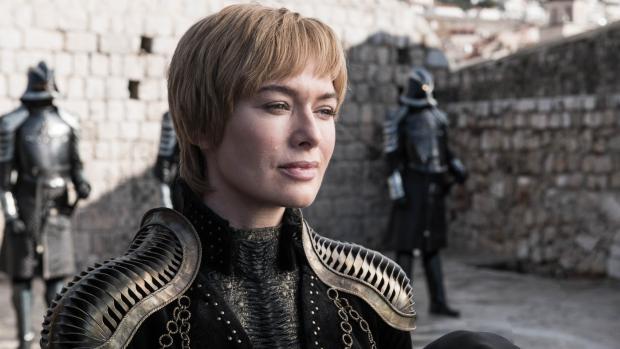