Don’t panic – nobody is trying to tell you to hide.

“HYD” comes up in a lot of conversations these days, often featuring at the beginning of a conversation.

Like many other acronyms, it is used to save time when typing or swiping and has been used since the dawn of texting and internet slang.

While many of these keyboard shortcuts have become virtually a second language for individuals who routinely engage with younger people, there may still be many people who have waited too long to inquire and now just dismiss messages like “HYD?”

This no longer needs to be the case, since we’re on a quest to decode as many of these acronyms as possible, allowing you to seamlessly integrate into any discourse.

What Does “HYD” Mean?

If you’ve received the letters “HYD” from somebody, possibly even with a question mark, they’re simply asking how you’re doing. “HYD” means “How (are) you doing?”.

Whether the question mark is added to the end or not, this acronym does still mean the same thing.

So, from today onwards, you now know you can save time when checking up with friends and family by typing “HYD?” instead of the full phrase. That is unless you have to then explain to them what it means, in which case you can just point them in our direction.

When To Use “HYD”

Like most acronyms that were born on the internet, as polite as it may be, “HYD” is a pretty informal way of asking how they are.

“HYD” should only really be used when you’re checking in on friends and family. Saying that, even my own mother probably wouldn’t be too impressed if I just sent a “HYD?” once in a while.

So maybe just keep this one to friends. Catch up with somebody you haven’t spoken to in a little while with a “Hi mate. HYD?”.

If they respond with a “Good mate, HBU?” and you’ve had your flabbers gasted once more, we’ve got you covered again.

When Not To Use “HYD”

With the above section taken into consideration, it’s probably not particularly appropriate to use it at the beginning of a professional email.

Just checking you had received our previous correspondence,

Considering that there’s a good chance they’re already ignoring your previous message, you’ll likely guarantee the end of this business relationship with such an email.

Unless they’re a fun kind of business. We like those businesses.

We apologise if the person who sent you “HYD” really meant to advise you to “hide” to escape an approaching ex, but kindly tell that person to check for typos the next time. 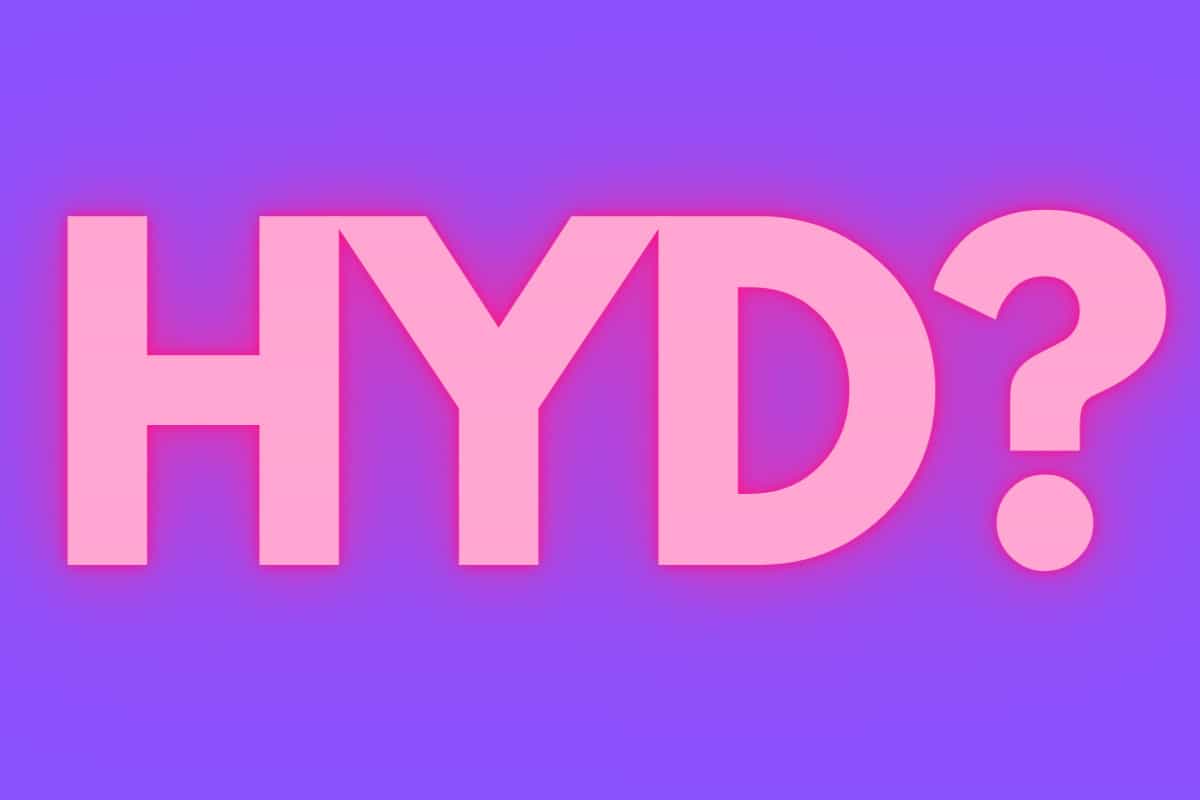 Why Christmas is Shortened To Xmas (The Real Reason)

Christmas comes but once a year and most people, especially when writing, shorten it to Xmas. But why is Christmas shortened to Xmas? What’s the deal with that? Let’s find out…