It cost Microsoft $100 million to research and develop the controller for its Xbox One console, a fact which would lead you to assume that the company succeeded in creating the best possible pad for its home gaming system. However, when you take into account the fact that Microsoft itself has already created a ‘superior’ variant known as the Elite Controller, it would seem that even $100 million can’t buy you perfection; for that reason, it would be fair to say that not all pads are created equal, and we’ve got another premium option on the market thanks to the industrious people over at Scuf Gaming.

In case that name means nothing to you, Scuf Gaming produces controllers aimed at professional players that come with a wide degree of customisation option as well as features which make them more responsive and comfortable to use. The Scuf Prestige is the company’s latest controller for the Xbox, and it comes in at a wallet-busting £140 / $160. That’s far more expensive than the standard Xbox One pad and in the same ballpark as Microsoft’s much-hyped Elite controller – so what exactly makes the Scuf Prestige so special? We’ve about to find out. 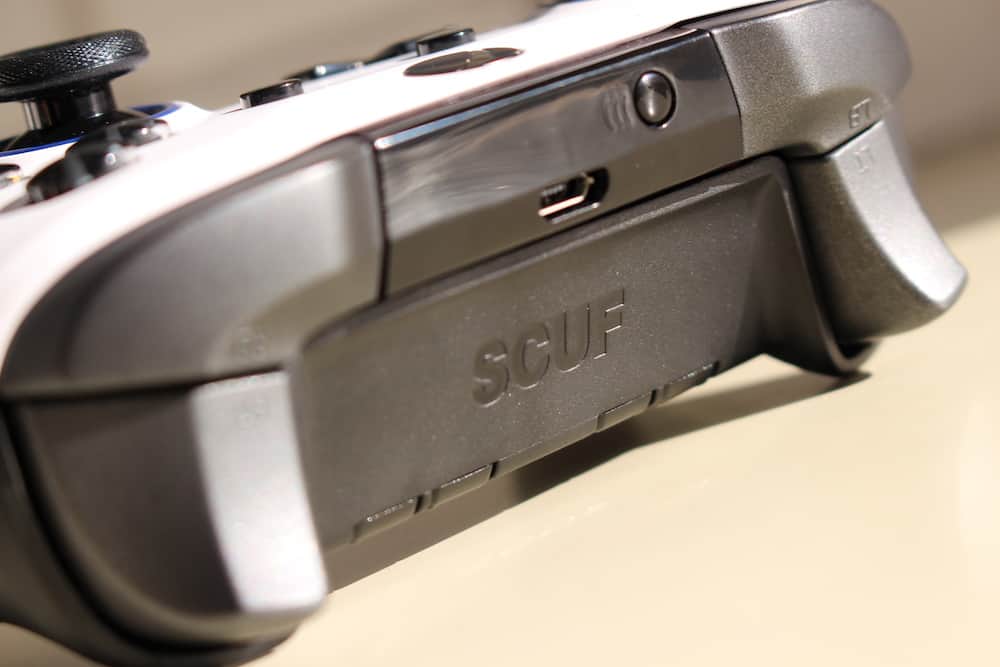 At first glance, the Scuf Prestige looks a lot like a normal Xbox One controller, and with good reason – Scuf’s approach is to take the controllers we know and love and tweak them for maximum performance and comfort. Unlike a lot of third-party pads, everything is where you expect it to be here, so it takes mere seconds to get used to the feel and layout.

The most obvious difference is only noticeable when you flip the controller over. On the back of the Scuf Prestige, you’ll find four paddle triggers which sit just below where your second digits rest when you’re holding the pad. These paddles can be customised (more on that in a second) to replicate button presses, or you can remove them entirely if you feel they’re getting in your way.

The other big change is also found on the back of the pad. The rear of the Scuf Prestige showcases a rubber-like textured pattern which makes the controller easier to grip, meaning that it’s less likely to slip out of your hand after a particularly sweaty gaming session.

One of the biggest failings of the standard Xbox One controller is the need to use AA batteries. That’s one issue the Scuf Prestige solves neatly, thanks to the inclusion of a rechargeable internal power cell. This is topped up using the bundled Micro USB charging cable – the charging port is located on the top of the pad. 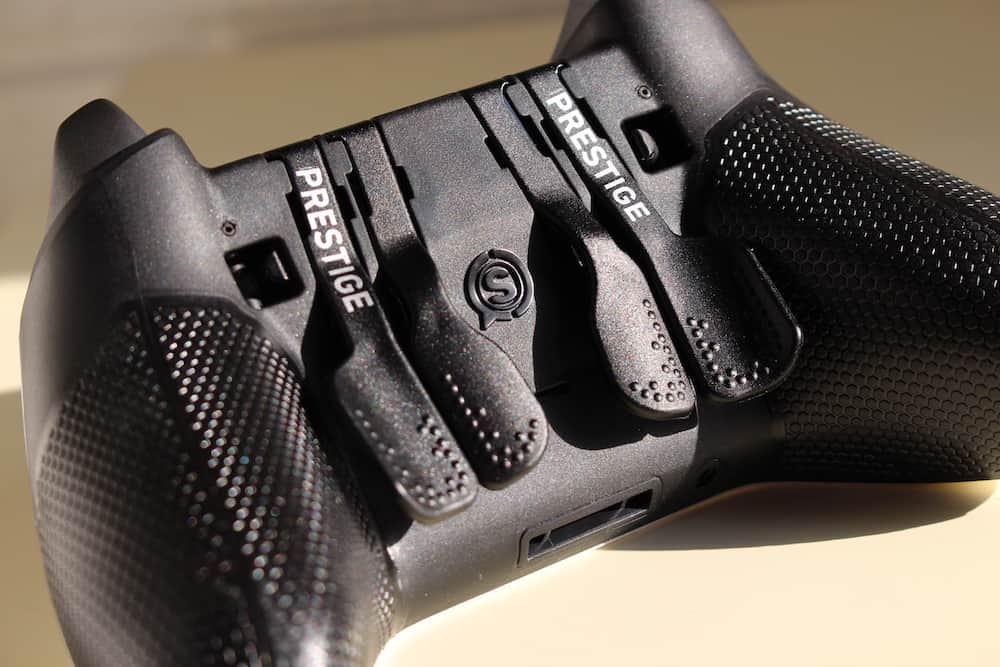 One of the key selling points of Scuf’s line of controllers is the ability to customise various elements of the design so you get a pad that’s fine-tuned to your own personal taste. In this regard, the Scuf Prestige is no exception; it comes with a raft of customisation options which really elevate it above the competition.

For starters, the front faceplate is attached via magnets and can be removed and replaced with one of a different colour or design. Removing the faceplate also grants access to the thumbsticks, which are also replaceable. The ones fitted by default have a concave design (as well as the same rubber-like material you find on the back of the pad) but also included in the box is a taller stick which has a convex design, as well as a shorter one with a concave design. Swapping these around will allow you to get the setup that suits not only your play style, but also your hand size.

On the downside, the controller’s D-Pad cannot be changed for an alternative option, which is something the Microsoft Xbox One Elite pad offers. Given that the D-Pad is rarely used outside of menu selection this isn’t going to a massive problem for most players, but it would have been nice to at least have the choice to swap it out for a ‘rolling’ D-Pad, or one that sits a little higher up in the casing. 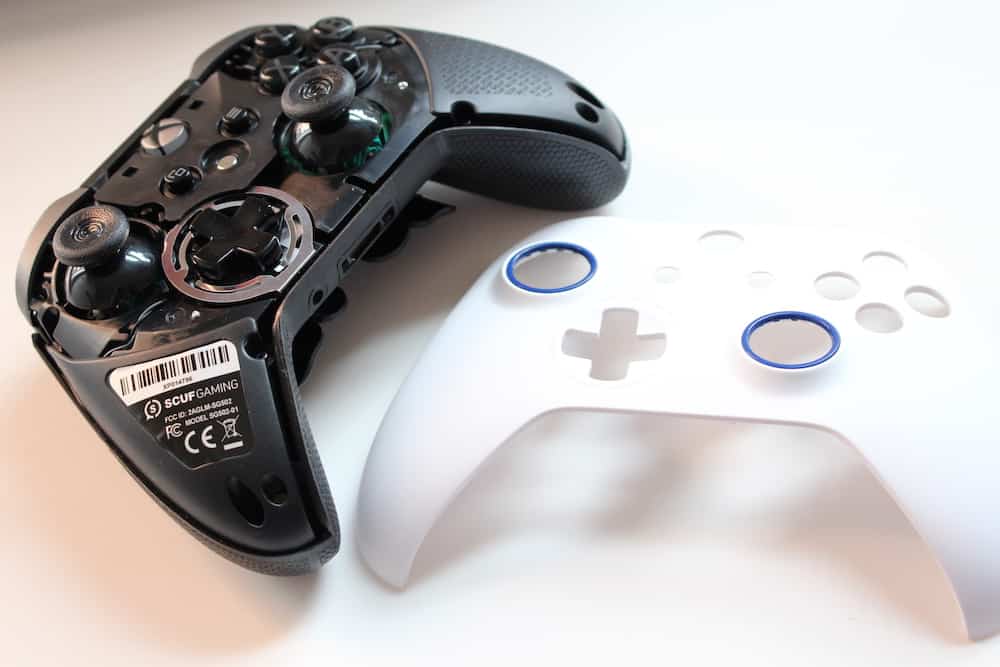 The aforementioned paddles on the rear of the pad offer another type of customisation, but one that relates to in-game actions. Given that it’s not possible to map these paddles in-game or via the Xbox One’s settings, Scuf has come up with a pretty unique method for assigning actions to them. In the box, you get an Electro-Magnetic Remapping key, which you hold on the back of the controller to begin the remapping process. When the key is in place, you can assign a button to the paddle by holding down the paddle simultaneously with the button you’d like it to replicate. You can assign any of the face or shoulder buttons (including D-Pad directions) to each paddle, making it easier than ever to access those key in-game options – because the paddle is right there beneath your second finger, reaching it is much easier than having to shift a finger to the face buttons or the D-Pad.

Another interesting aspect is the way you can customise the behaviour of the analogue shoulder triggers. Quick Shift Trigger Stops are included which can be toggled on and off, and these basically change the triggers from analogue to digital – meaning that you can snap off shots in a game like Fortnite without having to incur the typical trigger travel. You can also fine-tune the triggers using a 0.9mm key which is included in the box. 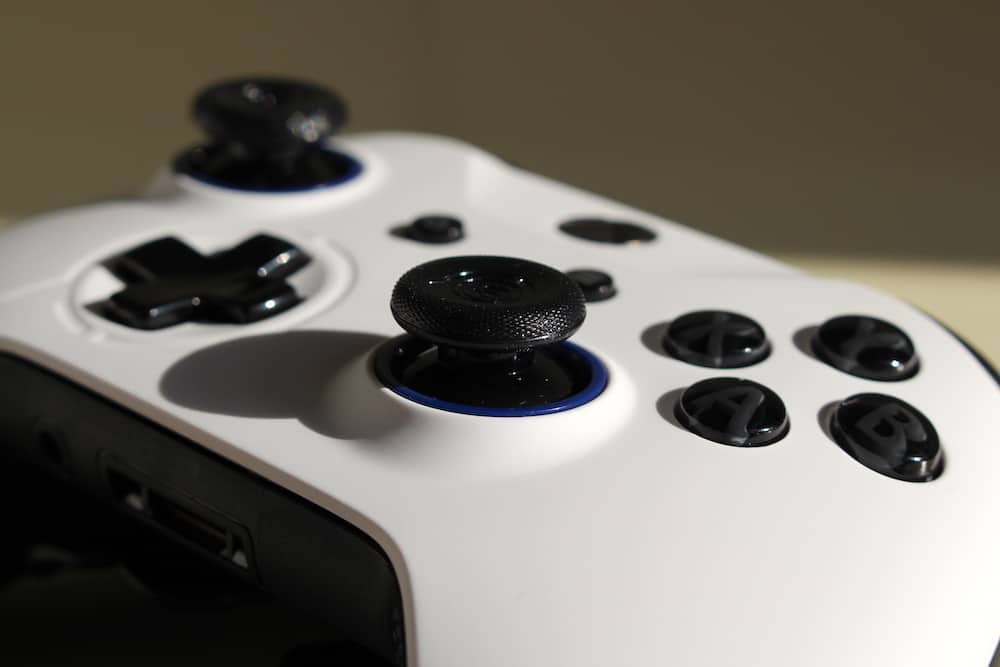 The Scuf Prestige certainly talks the talk, but can it walk the walk? The answer is a resounding yes; this is effortlessly one of the most comfortable and responsive controllers we’ve ever used, and the fact that it boasts such a wide degree of customisation means you can really bend it to your will, creating the ultimate input device for your online gaming pursuits. It’s worth noting that you can use the controller wirelessly or wired (the latter option means less latency) and that it also works with Windows, Android devices and Apple Mac computers.

The lithium-ion battery will give you about 30 hours of gameplay on a single charge, and charge time is about four hours. 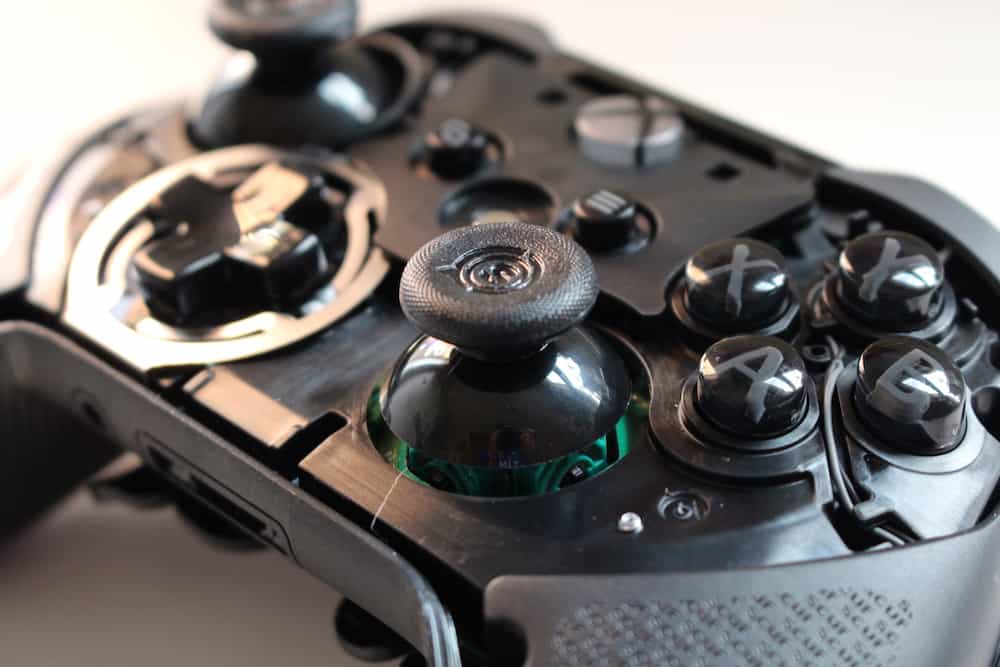 Thanks to its comfortable design, dazzling customisation options and excellent battery life, the Scuf Prestige is easy to recommend – although it’s not quite perfect. The D-Pad could be better, and the price is perhaps a little too high for casual players. However, if you’re serious about your gaming and desire the best possible controller for your Xbox One – and you have especially deep pockets – then the Scuf Prestige really does take some beating. Microsoft’s Elite Controller has a worthy rival at long last. 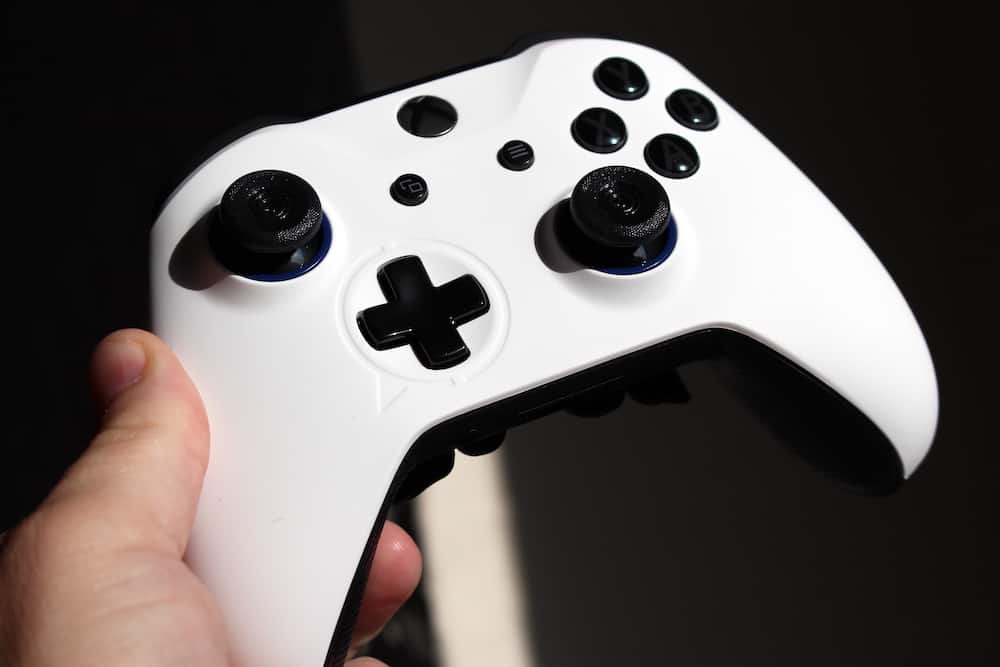