Meet The World’s Most Powerful Phone…

The world’s most powerful phone is NOT made by Apple or Google. Instead, it is a gaming phone – meet the ASUS ROG Phone 5…

If you want to get your hands on the world’s most powerful phone, you will need to park your love for Samsung or Apple at the door. The most powerful phone with the outright most specs is not made by any of the market’s top brands. In fact, it isn’t even made by a brand most people are aware of in the phone market.

You will have heard of ASUS no doubt; it makes great monitors and laptops, as well as PC accessories like keyboards and gaming mouses. But ASUS also makes phones and if you like mobile gaming, you’ll know all about its ROG Phone which is now in its fifth generation. If you aren’t fussed about gaming, it’ll probably have gone under your radar.

What is The World’s Most Powerful Phone?

With its 144Hz AMOLED display, 6000mAh battery, 16GB of LPDDR5 RAM, and 256GB of internal storage, as well as its Snapdragon 888 CPU, the ASUS ROG Phone 5 is by far the world’s most powerful phone consumers can buy from a hardware perspective. It dwarfs practically everything else on the market – and it is still cheaper than Apple’s iPhone 13 Pro Max at $899.99.

What this means is that if you do choose to buy this gaming phone, you’ll have some of the best performance of any phone on the market right now, largely thanks to the INSANE amount of RAM it uses – 16GB of RAM in a phone is just bonkers. Even 12GB feels like overkill in most user cases, so an additional 4GB is just nuts. But that’s how ASUS rolls with its ROG Phones. Bigger is always better.

Given that this is a gaming phone, you’ll be really pleasantly surprised by just how good the ASUS ROG Phone 5’s camera is in practice. I know I was! You have a blistering array of hardware at your disposal, as you can see below:

Typically, gaming phones lose serious ground in this department. ASUS likely realized this when it was developing the ROG Phone 5 and decided to do something about it. Images captured with the ROG Phone 5 are detailed and bright, it performs exceptionally well in low-light, and it’ll shoot video in 8K.

In nearly all cases, the ASUS ROG Phone 5 shines. It has great dynamic range, in even tricky settings, and it never seems to over-process images, as a lot of phones do. ASUS has struck an enviable balance in this regard and, collectively, this makes the phone all the more appealing for gamers that also like taking photos with their phones. You no longer need a gaming phone AND an iPhone.

So, yeah, the ASUS ROG Phone 5’s camera is very, very good. Is it as good as the iPhone 13 Pro or the Galaxy S22? No. But that’s not the point. For a gaming phone, the performance here – while not that far behind the best non-gaming phones – is incredible. Color me impressed, Asus!

Is The ASUS ROG Phone 5 Worth Buying?

If you like gaming on your phone A LOT then, yes, the ASUS ROG Phone 5 is definitely worth getting. It is the most advanced gaming phone on the market right now – nothing else really comes close. But you’ll really need to like gaming, otherwise, it’ll just be a bit silly.

I mean, it doesn’t even run Android 12. The cameras, while decent, lack the finesse of what you get on the iPhone 13 Pro or Galaxy S22, and its design and finish are a little, well… specific. There is an Android 12 update in the works, but it likely won’t land until later this year – and by that point, Android 13 will be here.

Speaking personally, as someone that this phone is NOT targeted at, I’d much rather run an iPhone 13 Pro or a Galaxy S22 Ultra. I don’t really play mobile games at all, so I prefer things like nicely-designed UX experiences, market-leading camera performance, and sleek, elegant design. I can also live with RGB lights on my phone too. But that’s me; if you’re big on gaming, this phone is an obvious shoo-in – it’ll deliver immense, unparalleled performance.

And ASUS has tons of gaming accessories available for it. In fact, the ROG phone platform is perhaps one of the most complete Android gaming platforms on the market. You will have to buy these at an additional cost, of course, but if you like gaming, they’ll be more of an investment as they’ll add tons of additional utility to the phone with things like gaming pads, and mounts for the phone, and more.

Check out the latest deals for this phone. 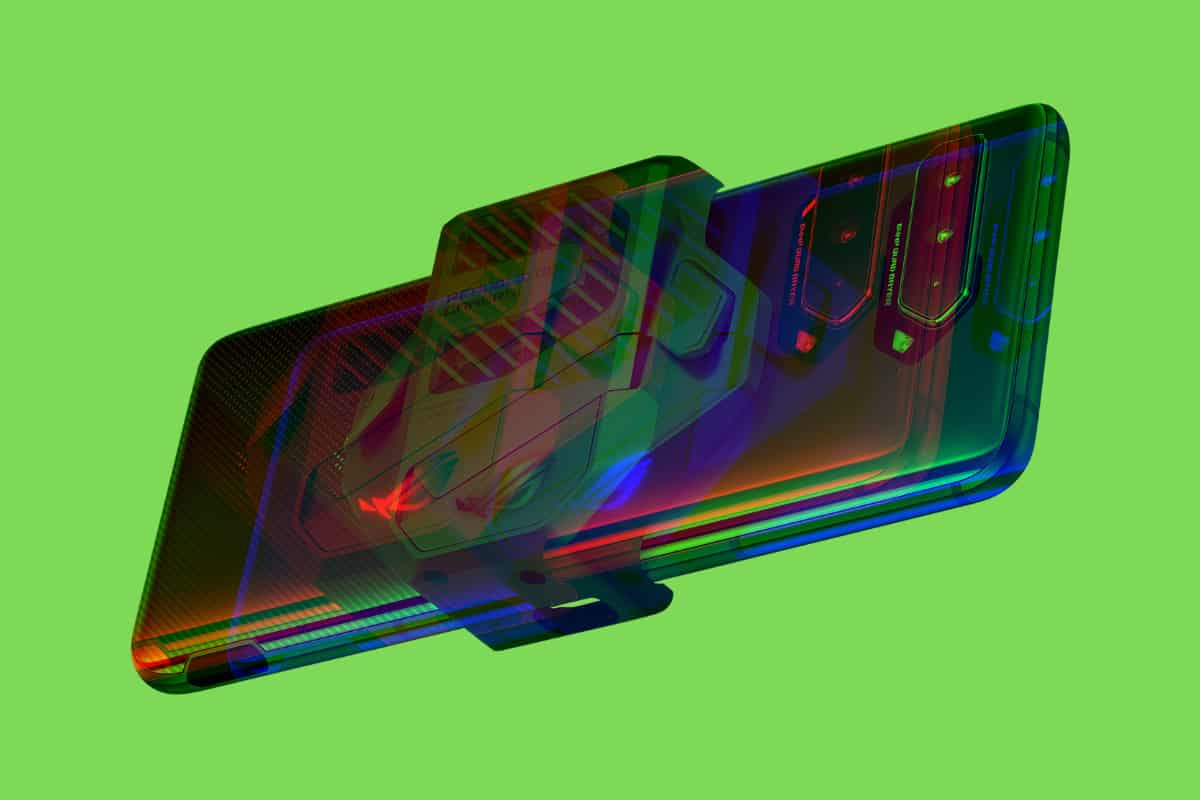