Xiaomi’s Black Shark 3 and Black Shark 3 Pro are now official. They’re both 5G gaming phones. But how do they differ with respect to specs and features? Let’s investigate… 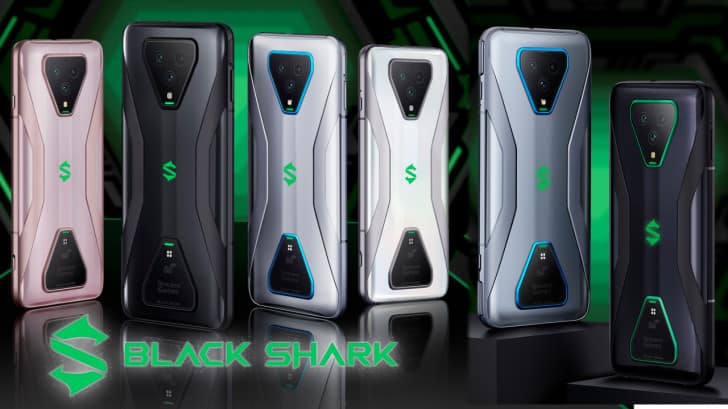 As you’d expect, both the Black Shark 3 and Black Shark 3 Pro pack in plenty of specs (more on this in a bit) and lots of lovely RGB lighting effects, both on the rear of the chassis and inside the phones’ UXs. The phones will retail for $502 and $675, respectively once they’re available.

Both phones will be joined by Black Shark’s Ophidian Bluetooth earbuds (we got a video on these at the end of the post) which are designed for a more immersive gaming experience. Personally? I’d still rather use my Bose QC35IIs. I’ve yet to find a pair of earbuds that can compete with over-ear headphones.

Pre-orders for both phones have now kicked off in China.

The Big Differences (Why The Pro Model Costs More)

On top of this, the Pro model gets support for a more advanced game controller. And if you’re going to be using these phones as gaming devices, this point is well worth carefully considering before pulling the trigger on either of these phones.

Bottom-line? You’ll need to get the Pro model (pictured below) to achieve the best possible gaming experience on these phones… 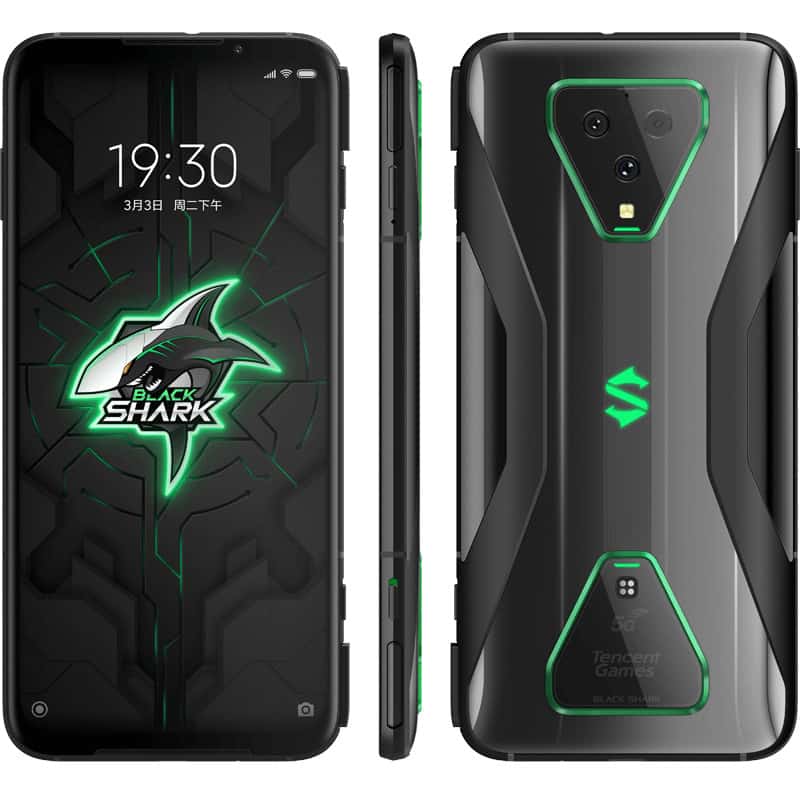 You do get more color options with the standard Black Shark 3 model, however, with the following options: Faerie Pink, Midnight Black, Knight Grey, Frozen Silver. Mostly, though, you’re paying more for faster memory, a bigger AMOLED display, and a larger battery. Beyond this, the phones are very similar.

For instance, both the models use the same triple-lens cameras (64MP f/1.8 wide, 13MP f/2.25 ultrawide, 5MP f/2.2 depth) and both are available with up to 256GB of storage. Neither supports MicroSD cards, however, which is a bit of a disappointment given their “gaming” nature – gamers like expandable storage.

Continuing with cameras, the Black Shark 3 and Black Shark 3 Pro have 20MP (f/2.2) front-facing cameras, which is a welcome addition. If you do a lot of video calling and take a lot of selfies, you will notice a big difference with a 20MP sensor on the front. The iPhone 11 Pro’s, for instance, is a 12MP setup.

Both models feature Black Shark’s “sandwich” cooling system to ensure the phones run nice and cool when you’re balls-deep in a gaming session.

“Being the leader of liquid cooling technology,” said Black Shark, “Black Shark became the first manufacturer to implement liquid cooling system into a smartphone, the most creative ‘sandwich structure’ is built for keeping the core cool and enable the Snapdragon 865 to run at its best state, providing stably high performance during serious gameplay.”

Let’s Talk About Those “Dual-Batteries”

Both the Black Shark 3 and Black Shark 3 Pro feature dual-batteries that will discharge simultaneously. The idea here is that you get less wear and tear over extended gaming sessions, and improved battery efficiency. You will be able to fast-charge the batteries as well – up to 65W.

But where this dual-battery thing gets weird is that Xiaomi, and OPPO before it, claims that dual batteries actually charge faster than single batteries. How? I have no idea. But if this is true, we could start seeing this technique used in many more phones. I mean, if two charges faster than one, why not use four?

Obviously, the big “marketing hook” here is the fact that both the Black Shark 3 and Black Shark 3 Pro, thanks to their Snapdragon 865 CPUs, carry 5G connectivity. Obviously, this is a good thing. It’s nice to be future proof. But neither the UK or US’ 5G networks are anywhere near ready just yet – despite the claims of carriers.

Still, it’s nice to have it in place, but I wouldn’t necessarily agree that the Black Shark 3 and Black Shark 3 Pro are the “world’s first 5G gaming phones” because I’m pretty sure IQOO has a 5G gaming phone that was announced before the third-iteration of Xiaomi’s Black Shark series (although I could be mistaken).

Either way, if these phones have got your interest piqued, you’ll want to keep your eyes on Black Shark’s official site for details of when you can buy them outside of China.