SMOS CP1 Pro: Is This The Best Mobile Game Pad EVER?

Smartphone gaming might not have the best reputation with ‘traditional’ console players, but the quality bar has definitely risen over recent years. Now, people who play on their phones are getting console-quality experiences such as PlayerUnknown’s Battlegrounds and Fortnite, while other companies are creating exclusive titles purely for smartphone users – like Alien: Blackout – which sends out a powerful message to the rest of the gaming world. Mobile games are here to stay.

The key issue for many players is that smartphone games lack physical controls. While virtual touchscreen controls get the job done, they lack the precision required for truly competing at the top level. Fortnite on your phone is great and everything, but it’s a whole other experience when you play with a proper controller – and the same applies to pretty much any game that expressly isn’t built around touch control.

Since smartphones took over, there have been several attempts to fix this problem. Wireless Bluetooth controllers have been doing the rounds for years, while the Sony Ericsson Xperia Play had its own set of slide-out physical inputs to provide a gaming platform that was always in your pocket. Even Apple made an attempt to cater for gamers by rolling out support for gamepads, although it was short-lived and half-hearted.

Now we’re seeing what is arguably the next level of control in the form of the SMOS CP1 Pro, a rather ungainly-looking contraption that bolts onto your Android phone and gives you not just a set of physical inputs, but a pro-level gaming interface that wouldn’t look out of place on the eSports circuit. 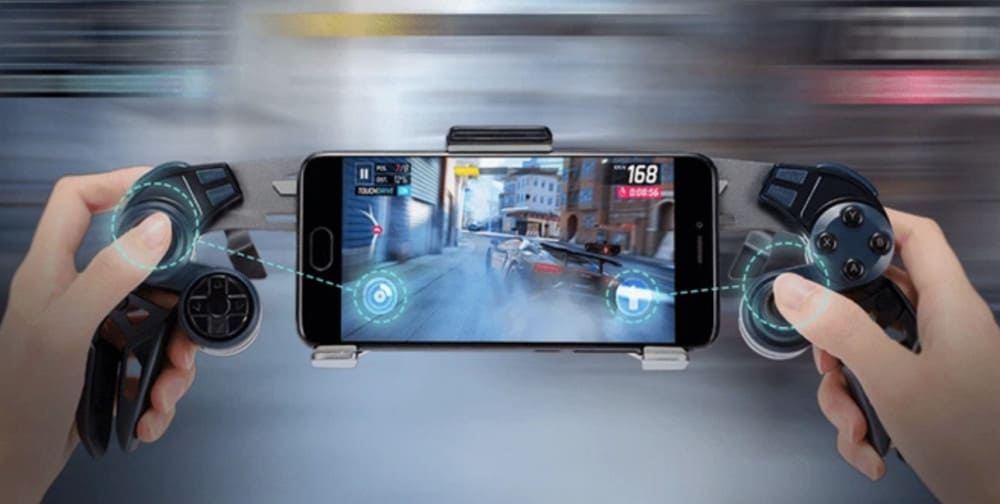 The CP1 Pro has 18 buttons, two thumbsticks, and two D-Pads. The controller’s paddle inputs – located on the rear of the device – mimic the paddles you find on the steering wheels of expensive sports cars, a feature that will please those who are hopelessly addicted to the brilliant Real Racing 3. According to the manufacturer, the CP1 Pro uses some of the same parts that Sony puts into its beloved DualShock controllers, which bodes well for ‘serious’ players. Mechanical triggers are featured, and their short key travel distance should result in quicker response time for pretty much every game you play.

SMOS is claiming that the CP1 Pro will work with any Android game and that its software makes the button mapping experience as painless as possible. We’re a little skeptical about this as we’ve had some real nightmares as far as mapping buttons on other controllers in the past, but the SMOS app does seem to have been made with ease-of-use in mind.

We’re also very impressed with the overall build quality of the CP1 Pro; from the clicky and precise buttons to the tight and responsive analog sticks, this has clearly been constructed to the highest possible standards – the LEDs are a nice touch as well, and make the unit look suitably cool and futuristic. The internal battery is good for around 40 hours of play on a single charge, which is also welcome.

SMOS is also pushing the CP1 Pro’s connectivity with its DP1 smartphone dock. This plugs into your TV and allows your phone to dock with it, displaying the image over an HDMI connection. You can then use the CP1 Pro as a stand-alone gamepad to control the action; the unit’s Bluetooth connection is good for a 10-meter range, which should accommodate most living rooms.

The only downside is the sheer size of the unit; even when your phone is removed there’s no way of folding it down into a more compact form factor. We’d be nervous about taking this out of the house; it doesn’t feel fragile, but a knock or bump in the wrong place could still do some serious damage.

The CP1 Pro is on Amazon right now; it passed its Kickstarter funding goal with 27 days remaining. Its standard retail price is $139, which is rather high for a device that has (very decent) rivals in the sub-£20 bracket. Still, the CP1 Pro is an impressive piece of kit that is ideal for anyone that takes mobile gaming seriously.

Is the CP1 Pro worth a look? From what we’ve seen, it certainly seems that way. While we’ve not had the chance to fully experiment with all of the big Android games, it certainly makes playing PUBG a lot easier on mobile; having all of those buttons available for the various game inputs is a godsend, and we didn’t notice any latency or delay in our button presses being recognized.

If you don’t own a home console and do all of your gaming on your smartphone, then this is arguably the best game controller money can buy, at least for Android users. It’s well-made, sleek, responsive and packed with options and functions, and takes us one step closer to the dream of having a ‘proper’ gaming interface for phone games. 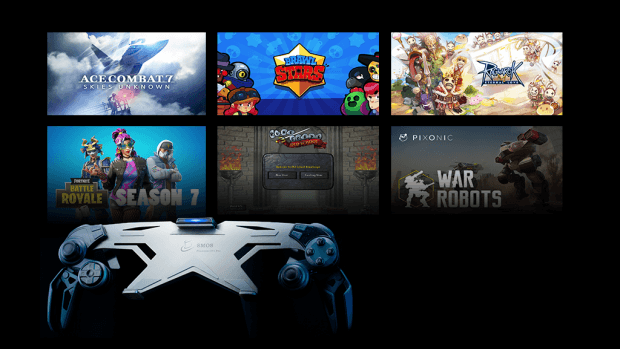