If you’re looking to get into Bitcoin and crypto, Paxful for iPhone is one of the easiest to use apps on the market right now…

Our #1 Pick For Beginners 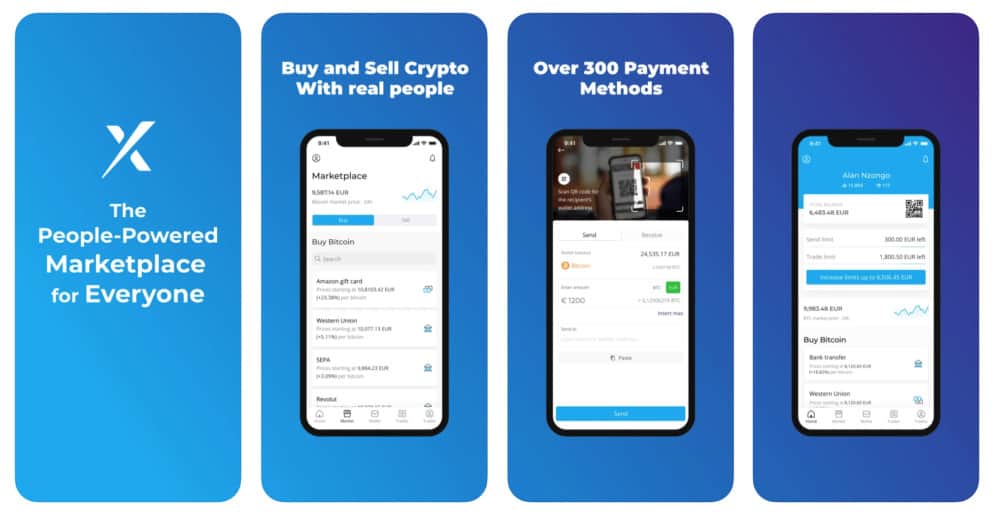 Paxful
FREE TO USE

Paxful is a peer-to-peer (P2P) bitcoin exchange. It’s actually one of the oldest in operation today, so you’re in good hands if you decide to go with Paxful. You’ll do the majority of your stuff via Paxful’s exchange and then, once you’re done with the nitty-gritty stuff, you can manage all your crypto via the Paxful iPhone app.

Available for iPhone and Android, Paxful is the easiest and coolest platform for getting into Bitcoin for beginners. If you’re brand new to the concept of bitcoin investing, Paxful is the perfect place to start. You can buy, sell, and trade bitcoin and you even get a free bitcoin wallet as part of your membership.

The platform is easy to use, supports over 300 payment methods, and is available in the UK, US, and Europe, as well as most other regions, save for those under communist rule. With Paxful installed, you can quickly buy bitcoin and then securely store it inside your wallet. It’s as simple as entering the amount to want to buy and then confirming the purchase.

Because Paxful is a P2P platform, you buy from vendors on the platform. In order to use the platform safely, you should ONLY buy from Paxful’s recommended vendors. This ensures you will not be scammed. Having this kind of protection, as well as a robust escrow system for all purchases, makes Paxful one of the safest platforms for buying and selling bitcoin.

If you’re brand new to bitcoin and keen to get started, Paxful is one of the best platforms to start your journey. I haven’t had any issues with the platform itself and I actually prefer using it to Coinbase which is a similar (but much larger) bitcoin trading platform.

The concept of Bitcoin, and the technology that powers it, is fairly complex. But just like your iPhone, you don’t need to understand how it all works to benefit from it. And apps like Paxful make buying and trading Bitcoin incredibly simple. 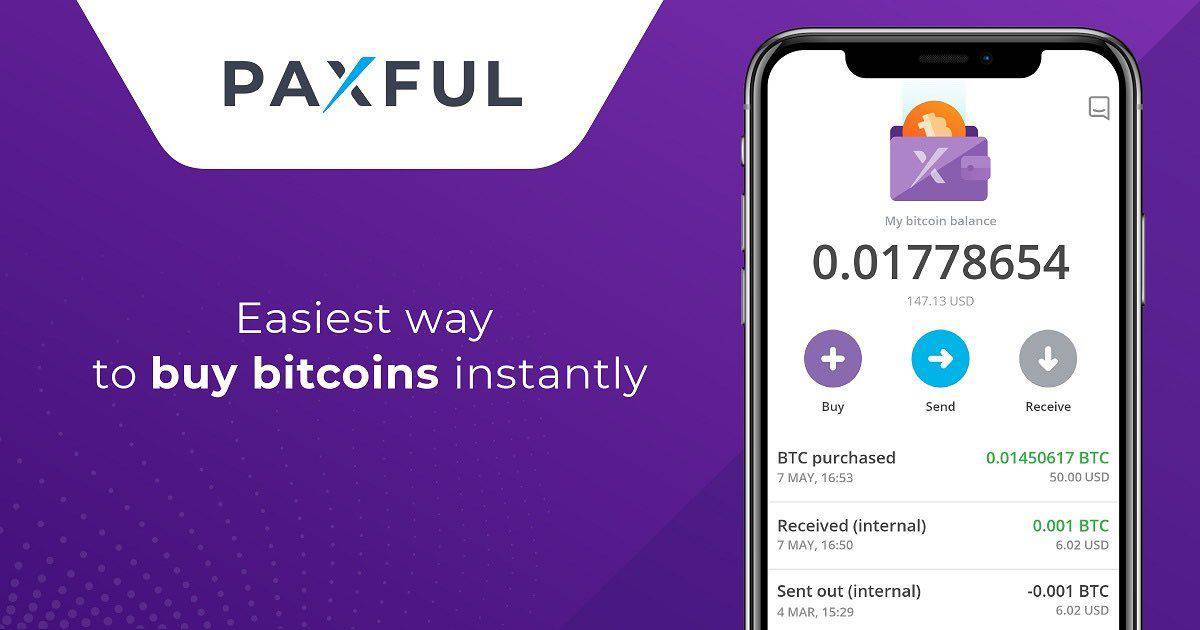 You can manage, buy, and sell Bitcoin direct from your iPhone. Paxful comes with a complete marketplace and a Bitcoin wallet, where you store your Bitcoins. Paxful is one of the 2020’s biggest Bitcoin trading platforms. To date, the company has over 800,000 active members who have bought and sold more than 950,000 Bitcoin.

Setting up a Paxful account is as easy as installing the app, logging in with your email, and adding a payment method. After this, you can buy and sell as much Bitcoin as you like. Paxful supports over 300 different payments too – from standard bank accounts to PayPal and Payoneer.

The platform was developed to make buying and selling Bitcoin (BTC) easier for first-timers. Like Coinbase, the Paxful platform is designed, from the ground-up, to be accessible, simple to use, and above all else, a learning tool that will help you quickly increase your crypto knowledge base.

How Does Paxful Work?

Paxful is a marketplace where its users can buy and sell bitcoin. Effectively, once you sign up you become a bitcoin merchant, meaning you can sell your accumulated bitcoin to other Paxful users. This makes Paxful a P2P platform. 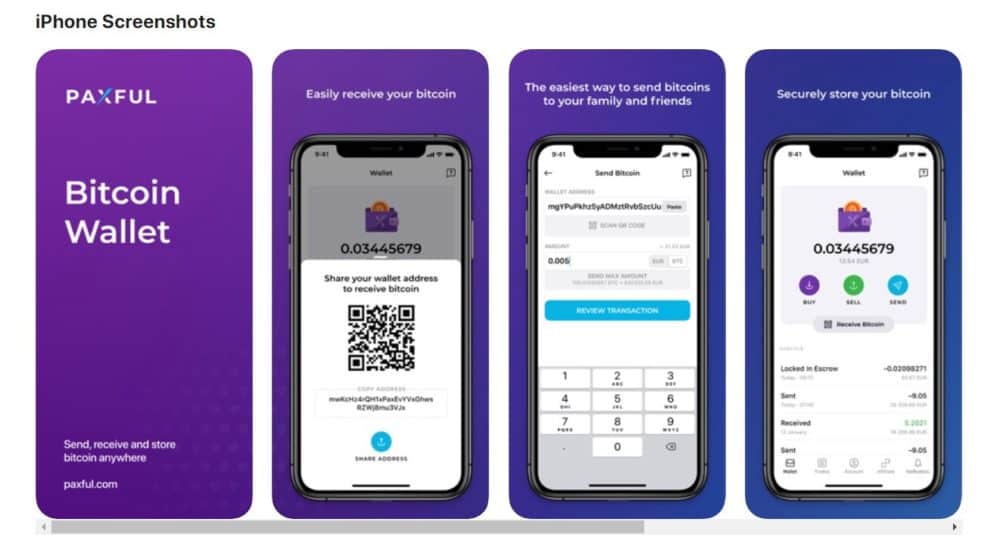 Imagine how eBay works. Vendors set up and account and can sell to other users inside eBay. This is essentially how Paxful works, just with Bitcoin. As a P2P platform, Paxful makes it as easy as possible to buy Bitcoin, supporting over 300 payment options.

That means, whether you’re buying or selling, you’ll never have any issues with making or receiving payments. Paxful has the most payment methods of all the current P2P Bitcoin trading platforms. And Paxful is available in nearly all major, western countries, including the US, UK, and all of Europe and Asia.

All you need to do is set up an account with Paxful, log in with an email, confirm your account via the email Paxful sends, add a payment method (or payment methods), and then make your first purchase of bitcoin. It’s literally that simple.

Is Paxful Free To Use?

Paxful is 100% free to down and install. You don’t have to pay for a membership to the platform, though you will, of course, have to pay for the bitcoin you purchase. When it comes to selling bitcoin, Paxful does charge a fee of 1%. You also have standard bitcoin network fees too, which are paid direct to bitcoin miners, not Paxful.

Paxful does not charge fees for buying bitcoin, though certain sellers may charge a few for certain payment types. As always, check out the fees first before committing to a purchase, as they vary from seller to seller.

How To Buy Bitcoin With Paxful

Because Paxful is a P2P platform, and you’re buying from sellers, not a traditional crypto marketplace, you have to be careful with who you buy from. You don’t just want to buy from the first seller you see. This could result in you getting scammed. Instead, you want to refer to Paxful’s recommended sellers list – these are the sellers that have been vetted and are trust-worthy.

Paxful also has an escrow feature, so you can make sure all the details of your transaction are legit before confirming the purchase. MAKE SURE YOU DO THIS. Never confirm a payment and take a seller’s word it’ll all be fine. Only confirm the payment when you’re 100% satisfied that everything is as it should be. Only then should you release the funds from escrow.

As noted earlier, Paxful supports over 300 payment options. You have everything from credit cards and debit cards to PayPal and Payoneer, as well as things like wire transfers and even Amazon Gift Cards.

Obviously, different payment methods have different caveats. Things like exchange rates, for instance, are worth keeping in mind. If you choose to use a payment method that is non-refundable (bank transfer or cash), you’ll get a lower exchange rate than something like PayPal which comes with charge-backs.

The average user of Paxful won’t need to worry too much about buying limits. The basic level – LEVEL 1 – limits you to $1000 and requires an email and phone verification for purchases and sales. Level 4 has no limits on what you can buy, while LEVEL 3 tops out at $50,000. With LEVEL 2, your account is limited to $10,000.

As I said, most beginner users will be fine with a LEVEL 1 account. If you’re new to bitcoin investing, you certainly do not want to be spending more than $1000 on your first couple of goes. As you get better acquainted with how bitcoin and Paxful work, you can up your level, progressing from LEVEL 1 to LEVEL 2 or LEVEL 3.

Where is Paxful Available?

Paxful is available globally, so if you’re in the west – the UK, US, or Europe – you can set up a Paxful account and start buying bitcoin today.

How To Use Paxful Safely – Tips & Tricks

As with anything that involves investment, there is always a risk – you could lose money. For this reason, it is important to ONLY use money that you can afford to lose. Like the stock market, the value of bitcoin goes up and down, based on a variety of factors, so the key is to know when to buy and when to sell.

For instance, if everybody is banging on about how fast Bitcoin’s price is going up, this is a spike, and you DO NOT want to buy then. Instead, if you’re holding bitcoin during a spike in price, this is the time to sell as you’ll get a massive ROI, especially if you bought during a lull.

Similarly, when you buy bitcoin, make sure you do it when the value has dropped or is dropping. Never buy on a spike. You’ll pay too much and you won’t accrue a bigger ROI when the time comes to sell. Just remember the age-old investing mantra: BUY LOW, SELL HIGH.

“I really like Bitcoin. I own Bitcoins. It’s a store of value, a distributed ledger. It’s a great place to put assets, especially in places like Argentina with 40 percent inflation, where $1 today is worth 60 cents in a year, and a government’s currency does not hold value. It’s also a good investment vehicle if you have an appetite for risk. But it won’t be a currency until volatility slows down.” – David Marcus (CEO of PayPal)

If you can understand that, and you’re capable enough to track and follow the price of bitcoin, you should do fine investing in crypto. Investing – both in bitcoin and on the markets – is a long-term plan. You need to be in it for the long haul and comfortable riding the peaks and troughs. If you buy bitcoin or want to buy bitcoin, do so when the conditions are right.

And then, once you’ve bought some, hold it until the market peaks again. Then, when the time comes to sell, you’ll get the maximum ROI on your bitcoin.